Pulp fiction is having a moment. And I don’t mean the Tarantino movie from the ’90s – that was having a moment since Jules gave away his wallet. I’m talking about the adventure stories of old with those provocative covers and dime-store price tags that are enjoying a renaissance thanks to the subgenre “new pulp.”

Recently, I was able to discuss new pulp in depth during a class I taught for Seton Hill University’s MFA in Writing Popular Fiction program and in a segment for a documentary by WQED, Pittsburgh’s PBS affiliate, featuring 1940s pulp artist Gloria Stoll Karn. It’s clear that to understand new pulp, we need to know a little about “old” pulp. The term comes from the paper it was printed on – that cheap, thin stuff that began to disintegrate as soon as you cracked open the cover. Pulp was popular as magazines, novels, and novellas during the first half of the 20th century because it was escapist fiction with high drama, exaggerated villains and heroes, and punchy, super-vivid covers. These exploits served as a distraction during world wars, national economic hardships, and the growing pains of settling into a more industrialized world.

New pulp, as defined by Tommy Hancock of Pro Se Productions back in 2011, is “fiction written with the same sensibilities, beats of storytelling, patterns of conflict, and creative use of words and phrases of original pulp but crafted by modern writers, artists, and publishers.” This can include completely original works and characters or new stories about established characters and worlds in the many pulp canons. (Think Edgar Rice Burroughs, Arthur Conan Doyle, Philip José Farmer, etc.). According to some critics, however, this is a double-edged sword.

Criticisms of pulp (new and old)

Many popular fiction genres like mystery, science fiction, and fantasy first gained a wide audience in the pulps. “Reading books by Farmer and Burroughs and old Doc Savage stories as a kid sparked my imagination and led me to be adventurous in my own writing,” says Matt Betts, an author with work published at Dog Star Books and Severed Press and soon with Edgar Rice Burroughs, Inc. “I owe a lot to the pulps.”

Those genre traits are sometimes what can date pulp and draw criticism, especially viewed through the lens of modern aesthetics and social mores. It’s worth noting that, like everything, each work should be considered on its own merit (or lack thereof).

For instance, adventurous, plot-driven, and fast-paced can seem like the perfect equation for an enjoyable book, but those elements can often be read as “little character development,” even for today’s thrillers. On the flipside, the propensity for exaggerated characters can come off as stereotypes and one-dimensional, making the work itself feel like cultural appropriation or misogyny. (Yes, I know, some of those old covers don’t help their cause.) And, for the literary purist, hyper description, which plays on the senses and emotions, can simply be purple prose wrapped around sentimentality and sensationalism.

Happily, new pulp writers are working to sort out some of these contentious issues, or at least present them in a fashion more suitable to today’s cultural and literary mindset.

The new pulp generation at work

Damien Walter said it best with his title in a May 2012 article for The Guardian: “New pulp fictioneers are ready to rock ‘n roll.” As one of these new pulp fictioneers myself, having written a sequel to Philip José Farmer’s novel Two Hawks from Earth, I know how thrilling, but also how daunting, it can be to enter a world of established fandom. The fact that I was a woman writing the follow-up story to a man who was named a Grand Master by the Science Fiction & Fantasy Writers of America added an extra burden to my writing. My editors at Meteor House assured me I would be fine by respecting the fans, knowing Farmer’s canon, and telling the best story I could. Turns out they were right – the novel was a hit. In fact, Meteor House has asked me to write more books in the Two Hawks world, and guess what? No one blinked an eye that I was a woman. 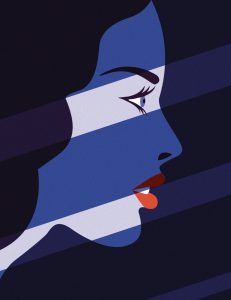 The pulp fandom has truly been one of the most welcoming that I’ve experienced in any genre. Readers and collectors are enthusiastic and smart and just happy to have great content, whether it be from long-established cross-over writers like Nebula and Hugo Award-winning author Mike Resnick and Bram Stoker and Edgar Award-winning author Joe. R. Lansdale or from the newest fictioneers, which include even more women and diverse writers than before.

“Historically,” says Mike Chomko, programming and marketing director for PulpFest, “many of the leading writers of pulp fiction have been men: Dashiell Hammett, H. P. Lovecraft, and so on. The Shadow, Doc Savage, and Conan, three of the best-known characters to emerge from the pulps, were created by men. Female writers, however, have always been writing pulp fiction. The love and romance magazines, largely written and read by women, were the largest-selling pulp magazines of their time. But there were also women writing in the more male-oriented genres: Francis Stevens, C. L. Moore, and Leigh Brackett readily come to mind.” Many women, like Nancy Hansen, J.H. Moncrieff, and Andrea Judy, have more recently joined the pulp ranks via their creations within the new pulp trend.

And it isn’t only women who are gaining in representation. Look at the many Best Of lists on Goodreads for new pulp and black pulp, and you’ll often see diverse authors like Jemir Robert Johnson, Derrick Ferguson, and even New York Times best-selling author Walter Mosley at the top. John Edward Lawson, publisher at Raw Dog Screaming Press and Dog Star Books and vice president of Diverse Writers & Artists of Speculative Fiction, agrees. “I look at some of our own writers who have been mentioned in new pulp circles, like K. Ceres Wright, Lee Murray, and Dan Rabarts, but also authors who have done some work within the genre, like Maurice Broaddus, Barbara Duran, and Naomi Hirahara, and think about how good stories, especially the adventurous kind, span cultures and genders.”

Broaddus, author of the Knights of Breton Court trilogy from Angry Robot Books, agrees. “I bring my truth to stories. I was a reader first. Fantasy, crime, horror, science fiction, history, mysteries. So when I approach fiction, I don’t worry about the category I’m writing in. I blend the things I love. I think that genre bending, that cross-pollination, adds a fresh dimension to our stories. But I add all of that and tell those stories through who I am. My culture, my worldview, my history, my authentic truth, because that’s what makes me human. And in the end, stories are about our humanity and that’s what we all can relate to.”

Long-time publishers like Pro Se Press, Airship 27, and Severed Press have often included diverse authors and storylines among their catalogs. Then there are more mainstream speculative publishers like Angry Robot Books and Raw Dog Screaming Press (and its science fiction/fantasy imprint, Dog Star Books), whose catalogs include recent works that critics have dubbed new pulp. Other publishers, like Meteor House and Edgar Rice Burroughs, Inc., put out stories created by new fictioneers using existing worlds and/or characters from specific authors. In fact, in 2019, under new Director of Publishing Christopher Paul Carey, ERB, Inc., will launch a line of books expanding on Edgar Rice Burroughs’ original works. “Few today are aware,” says Carey, “that Burroughs linked all of his major series – the Tarzan, Pellucidar, Barsoom, Venus, and Moon novels – by means of clever crossovers almost a century before the Marvel Cinematic Universe popularized the formula.”

What’s happening at ERB, Inc., is only the beginning of the new pulp wave. Each year, new fans are welcomed by diehard veterans at conventions across the country. Some of these new fans, like Jeremiah Dylan Cook and E.C. Skowronski, who run the popular serialized website New Pulp Tales, have made a splash as creators within this rising genre, as have mainstream authors whose work shares the flavor of new pulp.

Many popular fiction genres like mystery, science fiction, and fantasy first gained a wide audience in the pulps.

Lee Murray, co-author with Dan Rabarts of Hounds of the Underworld, whose narrative is informed by their unique Maori-Asian perspective on a near-future New Zealand, believes this is because “there once was a reticence among mainstream writers to label their work as pulp, but with the emergence of new pulp and a new generation of readers voracious for content, those barriers are breaking down, perhaps in part because to acknowledge our literary greats – horror icons like Lovecraft, Bradbury, and Campbell – we must also acknowledge where those authors began their writing journey.”

It’s like Paul Bishop said in his December 2017 article “Write Now: Got Pulp?” for Huffington Post: “Pulp has experienced a number of waxings and wanings over the decades, all leading to the current eruption of the new pulp movement. Pulp in this new millennium encompasses not only a resurgence in reprints of the best of the original pulp tales but new characters and stories, created in the pulp style, by some of the best up-and-coming scribes.”

It’s safe to say that the pulp fiction moment won’t be ending anytime soon as each year we see the emergence of more and more new creators and the migration of established artists and authors into the new pulp scene. Maybe you can be a part of it, too.

Heidi Ruby Miller teaches at Seton Hill University’s MFA in Writing Popular Fiction program. She is the co-editor with Michael A. Arnzen of the award-winning writing guide Many Genres, One Craft and author of the Ambasadora series, Man of War, and an upcoming novel for Edgar Rice Burroughs, Inc. She lives in Uniontown, Pennsylvania, with her award-winning writer husband, Jason Jack Miller.