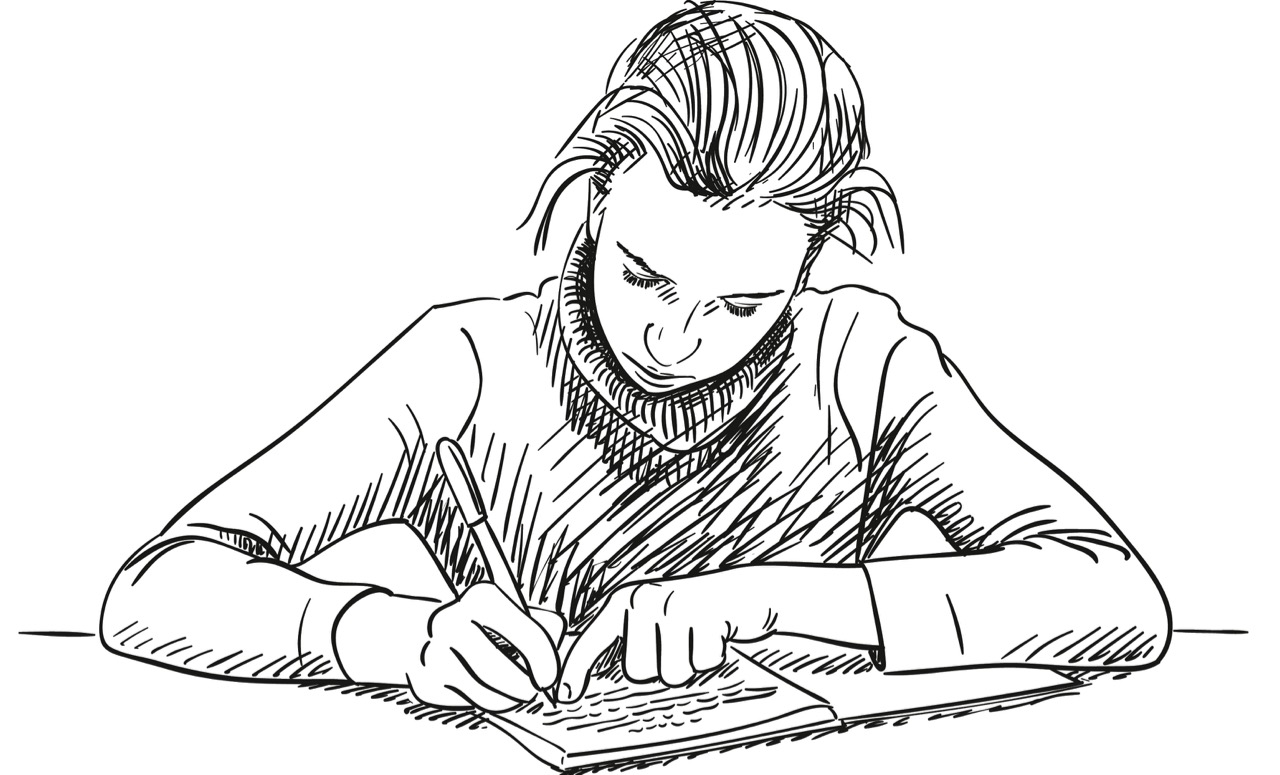 The Travelodge at Little Falls looked exactly as I’d remembered it. Same tired carpet, same deep-fried buffet lunch, same slightly-musty smell, as though the ghosts of cigarettes smoked and coffee brewed during sales conferences from the 1970s still lingered in the ceiling tiles.

The only thing that had changed about the Pen in Hand Young Writers Conference, it seemed, was me.

Soon, the ballroom at the Travelodge would be filled with student writers, carrying battered composition books and leather-bound journals, anxious to work with published writers to polish their craft. Seventeen years ago, I entered that ballroom for the first time, armed with a spiral-bound Five Star and spiderweb lace gloves, an overly chatty goth girl thrilled to finally be recognized as a writer. Seventeen years later, I was entering as a mentor, having just published my debut novel, The Big Rewind, to critical acclaim, including a starred review from Kirkus and praise from USA Today. I had become the writer I’d always dreamed of being, and it was time to give back to the place that set me on my journey.

The Pen in Hand conference was the brainchild of Diane Wager, an English teacher at Dolgeville Central School who envisioned 24 hours where students from small schools across upstate New York could celebrate and workshop their writing with published authors. For many of us, it was the first chance to admit we were writers, to confess to scribbling stories instead of math problems, that we preferred the solitude of study hall to the wild rumpus of gym class. Many of my peers didn’t even have a creative writing elective they could take; their writing was relegated to a few class assignments or their allotted free time on the family computer. And we’d all been chosen for our talent, selected and invited by Ms. Wager to participate. The moment I got the news that I had been chosen was one of the highlights of my high school years, an honor I would never forget.

But standing at the entrance at that ballroom again, I felt that same giddy hesitation I recognized from my teenage years. Would they like me? Was I as good as I believed myself to be? What if they could detect that I was another dorky adult trying too hard to be cool, like a youth pastor or a camp counselor not quite comfortable in her own skin? Seventeen years may have meant a published novel and the absence of those great spiderweb gloves, but the anxiety was still there, the temptation to hide in my room, to call my husband to come get me as I’d once wanted to call my mom.

Returning to my hotel room, I made a cup of bitter black coffee. I’d taken my first sip of this same acidic brew in one of these same anonymous hotel rooms years ago, trying to stay awake to talk all night with new friends Jason and Stacy and Laura and Raphael. I thought about the coffee dates with my favorite college professor where we drank French roast and talked about Raymond Chandler, my morning cup of Café Bustelo in my Steely Dan mug as I sat down to write The Big Rewind. How none of that would have been possible if not for this conference. I had come back to this place because within these walls, I had learned that what I did was important, that it was valuable, that it was a viable career option when every other teacher told me to be reasonable and focus my studies on practical work. Now it was my turn to instill that same confidence into the next generation, to praise and encourage them, to make them feel like the literary rock stars I knew they could each grow up to be.

Back in the ballroom, the kids had arrived and were starting to gather. Some were greeting old friends with hugs and loud voices, others were clutching their journals to their chest or sketching quietly in the corner. I even saw one girl with black lace gloves. (Some things never change.)

But what really struck me was their enthusiasm, their desire simply to write, unfettered by submission guidelines and form rejection letters. They wrote solely because they loved to write. Some of them would make careers of it, others would let it fall by the wayside as other hobbies took its place, but for now, they were here for the craft – not the glory, not a grade. Just to create. It was a lesson, I’m ashamed to admit, that I had forgotten in my drive for awards and recognition and publication.

Seated at a long table in the back of the ballroom, I could have lectured them about character and plot, chided them about motivation and dialogue, sneered at Twilight and fanfiction. But the truth was, I didn’t remember one writing exercise from my time there. What I remembered was how being among other writers made me feel. They would have college writing classes and workshops and assignments to tighten up those descriptions and flesh out those characters. My task was to celebrate them as writers no matter what they wrote, to encourage them to keep writing when their lives would be filled with people who told them to give up. I wanted to show them that books aren’t written by magic, that it’s hard and beautiful and fulfilling work, but that they were just as capable as anyone of turning those notebook pages into typeset print.

I let them leaf through the handmade journals I wrote The Big Rewind in. I talked about the process of publishing, from my first short story in Hardboiled to prize-winning works in The Stoneslide Corrective, on writing for a newspaper and music magazines and anthologies. I gave them magazines and asked them to find a picture that spoke to them, to cut out and glue that picture into their notebooks and write a story around it. Some were silly, others were epic, and one was told from a dog’s point of view.

And when it came time to read, we tossed my good-luck dinosaur, Valerie, around the table to squeeze when they got nervous, just as I did at my own readings. Every kid in my workshop held Valerie. Every kid in my workshop read their work, smiles stretching across their faces. I knew that look. It was the look that radiated Someone finally hears me. Someone finally believes in me. I’d been there, my feet on this same carpet, and it was that same glorious feeling that kept me going when it felt like I would never succeed, when three different novels came back with rejection letters. More than the comb-bound anthologies, more than the photos on my disposable camera or the photocopied writing assignments in the red folder that identified me in the fiction writing group, that confidence was the real Pen in Hand souvenir. Ms. Wager was the first person to acknowledge me as a writer, not just the girl in the corner with the notebook. I’ve been to plenty of other writing conferences, but none of them as meant as much to me as that first Pen in Hand.

At the end of our session, I asked all of my students to sign their stories in my copy of the anthology. “Practice your signature now,” I told them. “Because you’ll need it to sign your own books someday.”

I’ve been there. I would know.

—Libby Cudmore is the author of The Big Rewind (William Morrow, 2016) and has written for Barrelhouse, Paste, PANK, and the anthologies Hanzai Japan, Welcome Home, and Mixed Up. She is the managing editor of the Hometown Oneonta and Freeman’s Journal newspapers in Cooperstown, New York, and hosts the weekly #RecordSaturday live-tweet at @LibbyCudmore.