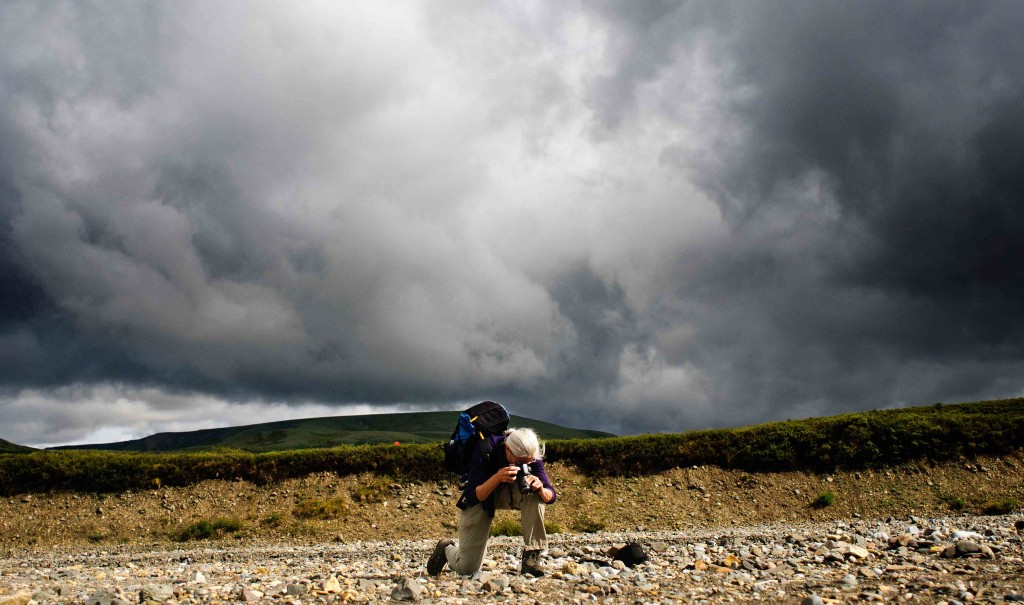 Artists and national parks have always enjoyed a harmonious relationship. Ansel Adams famously photographed many of the nation’s earliest national parks, and his images are often what come to mind when we picture these hallowed landscapes. Photographers aren’t the only artists to drink from the founts of inspiration in these protected spaces—painters, sculptors, dancers and, yes, writers, have all found a muse among the trees, streams and mountains of America’s national parks.

As of 2016 – the National Park Service’s centennial – more than 50 parks feature Artist in Residence (AIR) programs. Not every park residency considers applications from writers, but many do, in addition to welcoming composers, poets, watercolorists, sculptors and all manners of creative people.

Many residencies at national parks require the artist to donate a work related to his or her time at the park; however, artists are given a year to complete the work, so they don’t have to rush to finish a project during the short time they’re on location. Most AIR programs provide lodging but no additional stipend; however, the intangible rewards might just make up for the minimal expenses you’ll incur.

The national parks have been called America’s best idea. They preserve and share the country’s natural resources for all to enjoy. We’ve highlighted five national parks with AIR programs for writers. Whether you prefer the peaks of the Rockies or the shores of Maine, there’s a national park AIR out there for you, and you can find the full listing of residencies on the National Park Service website.

Residency information: There were 140 applicants for 10 spaces in 2016, up from 107 applications for 15 spots in 2015, according to Kate Petrie, AIR coordinator for Acadia National Park.

Plan to participate in one public program per week of your stay. Contact Petrie at [email protected] with questions or for application information.

Suggested reading: Calico Bush by Rachel Field, a writer and naturalist who won the Newbery Award for Hitty, Her First Hundred Years.

“I chose to visit Maine at an unusual time – early spring. The landscape was silent, which made the sea all the more prominent: in sound and movement. The absence of the hustle and bustle of summer visitors or the birds preparing for winter heightened my sense of the forces around us. I spent as much time walking the shorelines as possible and making notes and [taking] photographs for future poems. I was particularly interested in the sea urchins in virtually every tidal pool, which reminded me of childhood beach collecting and starfish in the Gulf – I grew up in Alabama. The sea helping the snow to melt and ice to freeze, unfreeze, and refreeze over the rocks and tidal pools through the day as the light and heat changed fascinated me. I collected sea glass and considered what light and the sea can do to what people create.

“I composed a few poems while at Acadia, and I was interviewed by local high school students who are making a film for the park’s anniversary. [That was] a fun experience that also taught me more about the way local people perceive and love their park.

“Compared to other residencies, NPS AIRs offer more opportunities for reflection and are open to the stage your writing is in, as well as the possibilities for creating future work. When you consider a residency, remember that it will be up to you to set the agenda since NPS residencies are very open and you simply submit a plan for your work and experiences in the application. It’s worth thinking through your ideas about what you’d like to experience in advance and making plans before you arrive – but do not forget to leave room for the unexpected possibilities that always arise in poetry and our dealings with nature.”

Residency information: One resident at a time, June through September. Housing is provided, but there is no additional stipend.

Applications are accepted from Oct. 1 to Nov. 15. The artist is responsible for two 45-minute public presentations, and the proposed residency project must be something new, not something already in progress. Apply by mail only ($35 application fee). The Rocky Mountain program is one of the oldest continuous AIR programs in the NPS.

Suggested reading: William Allen White, journalist, who spent 31 summers at his cabin in the park, which residents still use today.

“I sat by creeks and at picnic tables and wrote, wrote, wrote. I also participated in park activities like ranger hikes, history presentations and campfire talks. I gave two public readings and a workshop.

“At most other residences, I brought novels underway to work on. These novels were not related to my physical surroundings or to the residency’s history. At Rocky, my focus was on experiencing a sense of place, accompanied by research, notetaking and drafting of descriptions and dialogue for my stories. During my residency at Rocky, I interacted with dozens of people each day. At other writing residencies, I spent most of my day on my own, reading, writing and walking.

“Judges often have dozens or hundreds of applications to review for a handful of available spots. Don’t give them an easy reason to reject your application by ignoring a question or forgetting requested information. Become familiar with the national park to which you plan to apply. If you haven’t been there, visit, if possible. Learn the history of the park, the names of places within the park and the local nomenclature. For instance, are smaller waterways called streams, creeks or brooks? Are large cats referred to as a mountain lions, pumas, cougars or something else?

“Unlike traditional writing residencies – like Ragdale, Millay, Ucross and Yaddo – where writers and artists gather to write on a range of topics, as far as I can tell, national parks want writers to write about subjects related to their park. You need to propose a project clearly related to the park. Make your proposal specific, either by subject, location or time period. Narrow your topic and go for depth instead. For instance – the effects of a recent fire, the role of pollinators, early Latinos homesteaders,  abandoned mines or the connections between a plant and animal species specific to the park. If you write fiction or memoir, weave a naturalist topic into the storyline.

“If you are turned down one year, apply again – often the winners of the residency are [determined by] just a few points. Also, each year, new judges review the applications.”

Denali welcomes three or four residents (one of whom is usually a writer) each term and covers no travel or expenses. Applications accepted between May and September.

Suggested reading: The Wilderness of Denali by Charles Sheldon, a naturalist who spent years at Denali (then known as Mt. McKinley) and lobbied to get the area protected as a national park.

“I didn’t arrive with a set project in mind. Instead, I focused on taking field notes and thinking of myself more as a reporter – basically immersing myself in the landscape, trying to get a feel for the rhythm of the place and letting ideas emerge naturally. I spent lots of time sitting on the gravel bed watching grizzly bears, hiking through tundra [and] bike riding in the rain – all amazing experiences to bring home and great material to write about later.

“When you apply for a NPS AIR, express your knowledge of that particular park. Do some research about the history, the local culture and park politics. When you submit a writing sample, consider submitting something that has relevance to the environment, nature or wildlife in some form – even the slightest connection to show that you, as a writer, would benefit from an extended stay in the wilderness. If you have experience backpacking, camping, hiking, exploring, I think that’s worth mentioning, too, to show that you know what you’re getting into.”

Residency information: Four residency periods are available from late May through October. No cell phone or Internet service and no family accommodations. Glacier’s residency is one of the few that does not require a donation of a piece of work by AIR. Apply between November and January each year ($20 application fee).

Sperry Chalet, a private hotel in the park, also has its own independent artist-in-residence program that accepts writers.

Suggested reading: An Autobiographical Novel by Kenneth Rexroth about time spent in northern Montana. Rexroth has been called the “greatest poet of the natural world.”

“I applied to the program at the invitation of Matt Graves, the ranger in charge of interpretation.  He and I worked together in the NPS way back in the 1980s and had stayed in touch.  Matt wanted to have educational materials developed for middle-school students who came to the park on school trips.  They always learned about glaciers and bears, but rarely learned about the history of the location.

“I was a Historian in Residence rather than an artist, and I wrote approximately 10 short biographies of people connected to the park – rangers, artists, etc.  I spent a lot of time in the park’s library, looking at oral history interviews and reading books and articles about the park, the time period, the place and so forth.  I sometimes worked in the cabin near the lodge right on the shore of Lake McDonald that the park provided.”

Residency information: Everglades National Park has hosted more than 110 residents in the past 15 years. The park has a solid community with lots of support for artists before, during and after their time on site.

AIRIE (Artists in Residence in Everglades) is the organizing partner for the national park, coordinating public events and residencies, including providing the lodging for artists in residence in Parachute Key. Learn more at airie.org.

Suggested reading: The Everglades: River of Grass, by Marjory Stoneman Douglas. This nonfiction work changed how the Everglades were perceived and may have saved them from drainage and destruction.

Recent Resident: Andrew Gottlieb (2015), Reviews Editor for Terrain.org, who is at work on a novel and poetry manuscript:

“I wrote mostly poem drafts, simply because that’s what came to me as I worked in and visited that landscape. I had other projects I was hoping to advance, but part of having a residency in a national park like the Everglades is simply listening to the land around you and letting it impact your work.

“I usually spent the morning writing and the afternoons exploring a new part of the park. In the evening, I’d write again. Working on writing, hiking into the park to see an alligator lazing in the sun, then going back to the writing. It’s a vibrant wilderness experience.

“Residencies in national parks are perfect for writers focusing on place, landscape or the environment. Read journals and magazines like Orion, Terrain.org, Ecotone, saltfront or Poecology. Read writers who focus on the land. Two recent anthologies, The Ecopoetry Anthology and Black Nature: Four Centuries of African American Nature Poetry, offer great insight into writing about the natural world. Join ALSE (Association for the Study of Literature and the Environment) and attend their conference. Then just spend time in the world. It will show in your work, and that work will help get you a residency at a park.”

Eliana Osborn is a full-time writer in Arizona, focusing on higher education and family issues.