Driving your fiction with theme

“A novel without a theme is a bit like a bike with one flat tire: You can get where you are going, but it is not going to be the best journey.” says Perinot. “If a compelling plot arc drives a novel’s pacing, the theme of a book provides deeper meaning, connecting readers with the story in ways that are emotionally and intellectually impactful.”

A complex novel may have many themes, and certainly when we think of great works of literature, we think not only of compelling characters and plots but also the range and depth of the themes that inform these works. But should you begin your novel with a given theme in mind?

“Big ideas are near the bottom of the list of catalysts for me,” says Abrams. “I suppose it’s possible to begin writing without the slightest inkling of a character or where she lives or what she says or what she sees, but I myself wouldn’t do it. I doubt Harper Lee was sitting around one day and said, ‘I’m going to write a novel about civil rights.’ No, she probably started with a single person: a lawyer (like her father) standing in a Southern courtroom while all around him the air rippled with fans fluttering in front of white faces. It’s like the difference between using a telephoto lens or a wide-angle lens. If I decided to write a book based solely on ‘theme,’ I wouldn’t know where to start. The canvas is just too large – where do I put the first swipe of paint? I need a smaller entry point into the narrative, a specific detail that will set off a series of sparks.”

Wiseman agrees about the danger of beginning with thematic ideas only. If you do have thematic ideas in mind before starting your project, she says, you must come up with “an interesting story first and foremost.” Without that, “why would anyone want to read the book?”

“That’s why I came up with the idea of a young German woman who faces threats by the Gestapo and the horrors of a concentration camp because she’s in love with a Jewish man,” Wiseman says of her book The Plum Tree. “To illustrate my theme about average German civilians, I needed to immerse the reader in the characters’ lives, to have them experience the slow, inexorable pressure of daily life during wartime, including the slow progression of Nazi terror, the pangs of hunger and helplessness of poverty, the indescribable fear during air raid sirens, and the shock of witnessing the mistreatment of Jews.” So while she did have thematic ideas in mind before beginning her novel, she was very careful to center on the concreteness of characters and plot to embody her themes.

On the other hand, Perinot admits she has started projects with a strong theme in mind: “I‘ve just wrapped up co-writing a novel that began with a theme. The six authors involved were interested in exploring the idea of female agency and society’s often harsh reaction to it in light of the recent rise in women’s political activism. We chose to do this via a re-telling of the French Revolution from an entirely female point-of-view.”

Yet she is quick to warn writers not to drain the life out of their stories by over-stressing theme; doing so can lead to a “sermon or opinion piece,” one that will “bore or alienate the very readers you hope to engage.” Instead, she recommends focusing on characters that draw us in: “The experiences of fictional characters can evoke emotional reactions and cause us to reconsider our beliefs and behaviors, but they can only do this if we become invested in those characters and care what happens to them.” So if you begin your novel with a theme, be sure, says Perinot, that you “tell a page-turner of a story.”

Similarly, Skenandore began her debut novel, Between Earth and Sky, with a thematic idea. Her intention in writing the novel was to explore the theme of “forbidden love and friendship” in the late 1800s, an era when Native American children were forcibly assimilated into white society. But in writing this novel, she realized that “theme is often best served in small, subtle doses.” If you come on too strong, “characters may suffer,” and readers “may feel bludgeoned by the idea rather than nudged.”

So if theme is essential to your fiction, be sure you get down to the felt experience of your characters. As Dickinson says, “Your idea needs to move from the lofty world of the abstract into the grittier world of the concrete.” And don’t hammer it home too much: “Don’t stick too rigidly to the theme. You don’t want to just keep striking one key,” says McBrearty.

Jump-starting your own fiction

Catalysts for fiction writing are innumerable. You overhear a remark or a conversation. You hear a fragmentary line of poetry. A few lyrics of music. You’re intrigued, inspired, moved. A catalyst, whatever it might be, gives you something to work with – it could be quite valuable. It’s an entry point, a door opening. But do keep in mind, it’s what you do with your catalyst that counts.

—Jack Smith is the author of four novels, two books of nonfiction, and numerous articles and interviews. His collection of articles on fiction writing, Inventing the World, was published by Serving House Books. 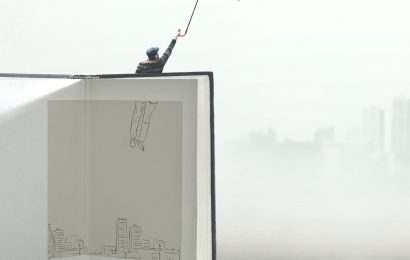 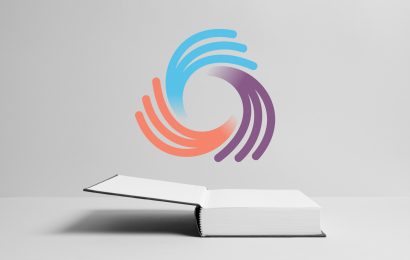