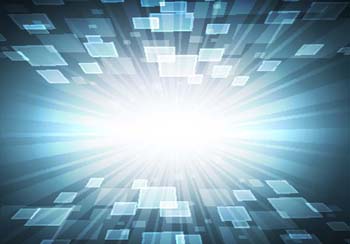 For as long as there has been fiction writing, the future has been a popular setting for stories. The future is mysterious. Anything can happen, and that provides fertile land for any story the author can imagine. From Isaac Asimov’s Foundation to Ayn Rand’s Atlas Shrugged to Susan Collin’s The Hunger Games, the future has been painted broadly – and generally negative. Despite the popularity of the sci-fi genre, one problem has plagued many futuristic stories: obsolescence.

Anyone who has read enough futuristic fiction can point to examples in which the setting feels dated because of technological or geopolitical issues. This most commonly happens because a writer grounds the future too strongly in the present or describes the technology too visually, making it look like an advanced version of pre-existing technology.

In the early drafts of Orson Scott Card’s Ender’s Game, which has a strong side plot regarding two competing world governments, the geopolitical plot is centered on the assumption that not only was the Soviet Union going to still be around more than a century in the future, but also that it would be more powerful. When Card was writing, that looked like a fair assumption, but by the time the first re-release was commissioned, the Soviet Union had dissolved.

In Arthur C. Clarke’s “The Nine Billion Names of God,” a monastery of monks has a special computer built to find and print every possible name for God as a part of its holy quest. The technology itself seems arguably futuristic until the printing mechanism is referred to as a kind of typewriter that makes the sound of keys on paper.

How do we avoid such moments of obsolescence in our writing? The following guidelines can get you started.

Avoid direct connection to political entities.
As in the case of Ender’s Game, any connection to existing nations or political parties is dangerous. As a rule, the further your story is set in the future, the less safe it is to include contemporary politics. While some nations seem stronger than others, and we’d all like to think that our home country will last for hundreds or thousands of years, the example of the Soviet Union is a sobering one. Looking back, we’re taught that it was inevitable, but its collapse surprised many people.

Instead of using the name of a political party or nation, do what George Orwell does in 1984 and imply by actions and rhetoric. While The Party is never revealed to be any particular political organization, it’s clear from both the severe rationing and constant surveillance of the population that it’s some kind of totalitarian communist or socialist government. In handling the political description this way, Orwell evoked the feelings readers have about those groups without tying himself down. Familiarity is best built by showing rather than telling.

Avoid specific visual description of technology.
By contrast, this guideline breaks a large portion of the “show, don’t tell” rule that we’re all taught by writing instructors. The main way technology in futuristic stories becomes dated is by showing too much. It’s not the showing that’s bad, but what’s shown. When the description shows what a piece of technology is capable of, for example, the amazing computational powers of the computers in Clarke’s short story, the reader is able to give the technology whatever appearance and user interface is necessary to make it seem futuristic. When it’s described too visually, the author inevitably bases all guesses on a current technology, making it almost inevitable that the story’s technology will seem less futuristic as innovations continue to make drastic changes to the look and capabilities of computers.

In this case, “tell, don’t show” is the safer rule. Successful futuristic technology has an air of mystery. The more you can trust your reader to provide the sensory details, the better chance the technology stands of appearing futuristic for decades to come.

Avoid historical absolutes.
This guideline really should be common sense, but we all love a “first,” “last” or “only.” They make good stories, and they’re compelling concepts. The issue, particularly with firsts and onlys, is that history can easily prove one wrong. Of course, the more absurd the idea, the less likely it is to be a problem. First sentient plant running for president? You’re probably safe. First openly gay candidate? Not so safe.

Like the first guideline, this one is also perilous for timing. The more time you give between publication and setting for history to prove you wrong, the better the chance that it will. To be safe, follow this simply guideline: If a single line in a news article or history book could render a large portion of your setting obsolete, rethink your decisions.

I have two disclaimers for these guidelines. First, all stories have their own needs, and some of these guidelines may clash with the story you’re writing. In that case, write your story and try to future-proof where you can. Second, obsolescence has no magic cure. The sad fact is that someday a reader will look at your setting and find it dated. The goal is to give your story as many years as you can before that happens. Write convincingly, however, and, like H. G. Wells’ The Time Machine, your work will continue to be read and enjoyed long after the setting becomes dated.

Technological
I, Robot
by Isaac Asimov

Do Androids Dream of Electric Sheep?
by Philip K. Dick

“Who Can Replace a Man?”
by Brian W. Aldiss

Mark Vorenkamp is a student in the MFA program at Spalding University. He is the president of the Inklings Writers Guild. Originally Published October 13, 2015

Add to Favorites Advertisement “There is nothing insignificant in the world. It all depends on the point of view.” – Johann Wolfgang von Goethe What … END_OF_DOCUMENT_TOKEN_TO_BE_REPLACED