Edward St. Aubyn’s ‘the Melrosiad:’ ‘Brilliant, darkly humorous prose, with lessons on economy of narrative over decades of a story.’

What I read is largely determined by what I’m writing at the time. Writing goes on 24/7. Driving, showering, grocery shopping, reading – especially when I’m reading. My conscious and subconscious minds are constantly screening, trying on for size, scenes of my work-in-progress. Reading is processed in the same place in my brain that produces my writing. I read what I intuitively feel will be a good fit.

In 2012, I was writing a novel that became The Rocks, a long, chronology-jumbled narrative of several dysfunctional and intertwined families. It had a sort of an English voice – I grew up in England – so I was reading contemporary English novels that I thought might have similar turf and structures: The Line of Beauty, Booker Prize winner, by Alan Hollinghurst; The Northern Clemency, Booker finalist, by Philip Hensher.

Oh, so you can do that? I thought many times, as both authors picked up and dropped whole episodes involving different dramatis personae, over long periods, as I seemed to want to do.

Then I heard the buzz, reaching critical mass at the time – I remember particularly Francine Prose’s rave in the New York Times – about the Patrick Melrose series of novels, written by Hensher’s and Hollingshurst’s until-then-almost-unknown contemporary, Edward St. Aubyn. The first four slim Melrose novels – Never Mind, Bad News, Some Hope, Mother’s Milk – had been collected in a single volume, and I began with that. Each short novel described a very brief period – two days, or a single evening – in the life of Patrick Melrose, the determinedly self-destructive, drug-addled, fiercely intelligent wastrel of a seriously deviant English upper-class family.

Bingo. St. Aubyn’s savagely funny, plainly autobiographical stories of drug addiction and family dysfunction, rendered in brilliant, mordant prose, hit my reading sweet spot in a way that nothing had since I’d binged on J.P. Donleavy in my early 20s. As I finished the collected volume of the first four novels, the final volume, At Last, wrapping up the Melrose saga, was published, and I gobbled it up immediately by Kindle.

These short books (all five now collected in 880 pages) cover Melrose from the age of 6 – a terrible, life-defining episode at the hands of his father – to self-lacerating and possibly wiser middle age. I read them as a single novel. Decades pass between each episode in Patrick’s life, and I learned from them exactly what I needed at the time: the great economy of leaving out years of essentially useless narrative information. The reader will fill it in nicely.

But the savage humor, St. Aubyn’s cracklingly intelligent wit, made them the most entertaining and compelling read since…I don’t know. Stuart Little? James Bond? More so: I savored them as nothing before or since.

That was a sweet, probably unrepeatable time in my writing life: the complementary reading of what one reviewer called “the Melrosiad,” and writing The Rocks.

I first discovered Terry McMillan’s work in 1990. I was working at a hotel company on Third Avenue in Manhattan, and there happened to be a Barnes & Noble directly across the street. I was reading voraciously and working on my own novel. I purchased her novel Mama, which had been published a few years earlier. I think I read half of the book on the 45-minute train ride home and then finished it that night. I was enthralled by the storyline – I knew those women she had written about – they were so similar to the women who’d raised me. The characters were multi-layered, complex, endearing, and flawed. They were authentic, and that is one of the hallmarks of Terry’s writing style. Authenticity. The second-best thing about her writing is the voice. She writes in first person, and whether she has two characters or 10 characters, all of the voices are unique. That’s not always an easy feat to pull off. But she does it time and time again with flawless expertise.

After I devoured Mama, I picked up her second novel, Disappearing Acts, and then, of course, I pre-ordered Waiting to Exhale, which was due to be published in a few months. It would be Terry’s breakout novel, selling millions of copies worldwide and eventually becoming a blockbuster movie. This event would usher in a literary Black renaissance not seen since the Harlem Renaissance of the 1920s.

While writing my debut novel, Sugar, I had three books on my desk: Mama by Terry McMillan was one of the three. Daily, I read a few pages from each novel before I settled down to write. It was ceremonial, much like reading the Bible before one gets on her knees to pray.

Encouraged by Terry McMillan’s writing style and her success, I began submitting my own stories for publication, and for nearly 10 years I received one rejection letter after the next. Seventy-five in total. I’ve been asked, why didn’t I give up? I didn’t give up because Terry McMillan hadn’t given up on her dream. I was inspired by her tenacity and refusal to take no for an answer. She wrote what she wanted to write, the way she wanted to write it. And that still holds true today.

How to successfully navigate the last chapter of your work.

Two years ago, during the Writing Popular Fiction MFA winter residency at Seton Hill University, a discussion broke out amongst my students in a critique … END_OF_DOCUMENT_TOKEN_TO_BE_REPLACED 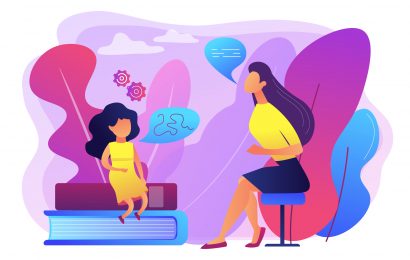 Advertisement Have a query about craft? Need some clarification on an aspect of the publishing industry? Looking for career advice? Email your queries to [email protected] … END_OF_DOCUMENT_TOKEN_TO_BE_REPLACED