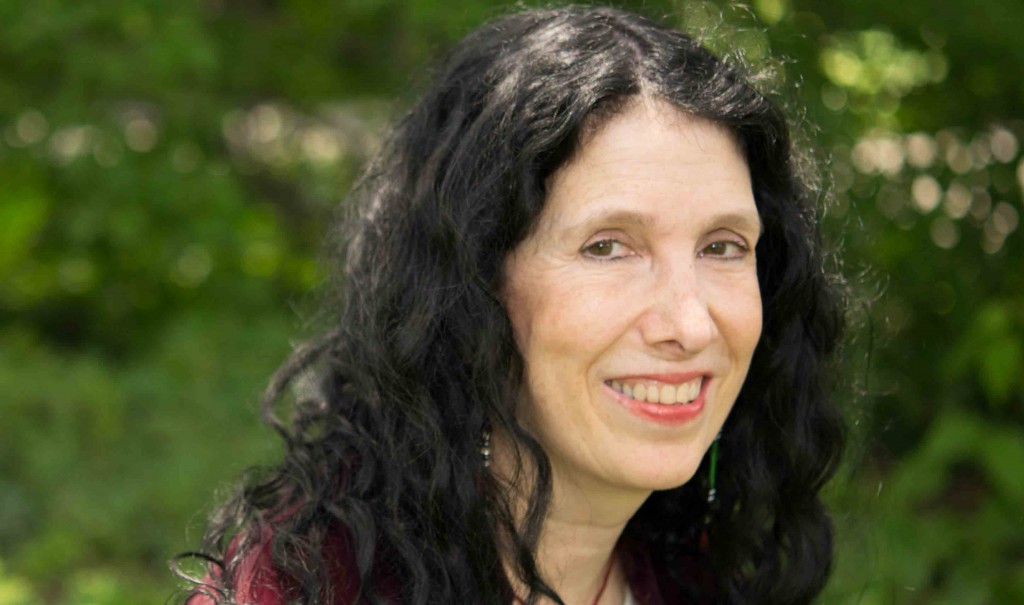 Leavitt starts each book with a probing moral question.

“It’s good to know the question that the book is asking so I know how the book is going to be answering it,” she says. “In Is This Tomorrow, it was ‘How do you find community when you’re an outsider?’”

The question in Leavitt’s  latest novel, Cruel Beautiful World, was “What do you do when there’s something you want to fix, and you can’t?”

“Those are the kind of moral questions I think give the book an extra layer. They make the book more meaningful,” Leavitt says.

Before Leavitt starts any novel, she asks herself the following questions about each of her characters.

What does she want at the beginning of the novel and why? And what’s at stake if she doesn’t get it?
“There has to be something at stake. It has to be something really major. I mean, if she just wants a glass of water, that’s not really interesting.”

What happened to her early in her life that caused her to have this conception about what she wants?
“If she was very poor as a child, she might think that money buys happiness. That’s a misconception. That’s not right. And that could be keeping her from what she needs, which might be doing work that she loves but doesn’t pay very well, or finding love with someone who doesn’t have money.”

What is her ghost?
“The ghost is the thing that haunts you from your past that keeps you from getting what you want. It can be a fear – it can be anything.”

What’s her plan? How does it fail and actually make things worse?
“That’s sort of the middle of the book, where the more obsessively she tries to get what she wants, the more the plan is failing.”

What’s her “Big Doom?”
“The Big Doom is when all she’s got, everything she’s tried, has backfired. She’s not getting what she wants. And something else has to happen that makes her have a self-revelation where she realizes, ‘I was wrong about this. I don’t want this anymore. What I need is something different.’ Then she can go back and start realizing the deeper issues of what she’s going after. And she can change her life in some way.”

How does it end for the character?
“I like to end novels with what I call a ‘neverending story,’ which means that everything isn’t tied up neatly in a bow.  You end the novel, and the reader hopefully feels satisfied, but then the reader still is thinking about the character and wondering ‘Well, what’s she going to do next?’”

Once Leavitt has her characters lined up, she drafts a 30-page “writer’s synopsis” that she shares with friends who point out the plot holes. Then she pages through the synopsis and circles the themes she sees in red ink. The themes that she wants to write first become her first draft. This way, “I don’t feel overwhelmed by the writing,” she says.

Leavitt undergoes “tons” of rewrites with her agent and then her editor. “My agent made me rewrite Pictures of You five times,” she says.
Then her editor asked for another three rewrites.

Sound like torture? Not for Leavitt: “The thing is, when you’re rewriting that much and that intensely, you start to love it,” she says. “Because you realize the difference that adding an extra little layer makes.
It just deepens the story and makes it more rich and probes such deeper questions. Rewriting is actually my favorite part.”

“My agent and my editor both want me to succeed, and they’re very warm and they’re wonderful. So I feel like they’re on my side. They’re sort of collaborating with me in a way, and it makes it a lot easier when you’re just writing on [your] own.”

When a manuscript is finalized and ready for publication, Leavitt doesn’t take a vacation from writing to focus on the upcoming book; instead, she starts something new. After Cruel Beautiful World, “the first thing I did was start a book,” she says. “I felt like I had to be invested in the new book so I couldn’t think about how Cruel Beautiful World was doing out in the world.”

“I just think that it’s better not to think about how well a book is going to do or not, because it can make you crazy,” she says. “I have to just concentrate on what I love, which is the writing.”