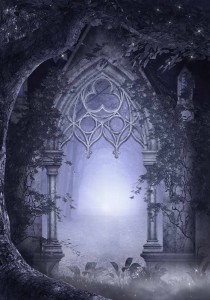 As a form of realism, magical realism depends for its effectiveness on readers’ acceptance of the story’s magical elements as real. Otherwise, it’s too easy for readers to disassociate from the characters and events, making the piece fail to emotionally resonate. Achieving that acceptance of the impossible, that willing suspension of disbelief in magic, is in large part a matter of point of view. Who is telling this story? Why should the reader trust this voice? Establishing the authority of your narrator allows the reader to trust the emotional truth of the story, even if certain elements defy belief.

A reliable narrator is a trusted guide through a familiar world made unfamiliar by the presence of magic. Arguably the most reliable narrative voice in fiction is the third-person omniscient narrator, such as that of Toni Morrison’s classic magical realist novel, Beloved.

A fully dressed woman walked out of the water. She barely gained the dry bank of the stream before she sat down and leaned against a mulberry tree. All day and all night she sat there, her head resting on the trunk in a position abandoned enough to crack the brim in her straw hat. Everything hurt but her lungs most of all. Sopping wet and breathing shallow, she spent those hours trying to negotiate the weight of her eyelids.

This “God-voice” gives readers equal and unbiased bird’s-eye views both of the scenes surveyed and the characters’ inner landscapes. This helps enroll readers’ trust from the outset, for if a narrator who sees all can see the magic too, then it must be real.

In the case of Beloved, the townsfolk can attest to the reality of the magical element – in this case, the titular character, the new arrival in town – despite their ignorance of her magical nature. It is the reader, however, who saw her first and the only one who saw her walk fully clothed out of a stream. Morrison further brings the reader inside this alien creature’s body to experience her inner world as she first encounters the outer one. Indeed, it’s difficult to dismiss someone as non-existent once you’ve stepped inside her skin.

Only after Morrison has implicated the reader in Beloved’s material reality does she bring the primary point-of-view characters Sethe, Denver and Paul D. onto the scene. Instantly, Sethe’s water breaks, although she isn’t pregnant. The only ones able to make any association between Beloved’s emergence from the water and Sethe’s water breaking are the third-person omniscient “God-voice” of the narrator and the reader, making the reader solely complicit with the narrator in full awareness of the presence of magic.

Less reliable narrators – the distant observer of the third person removed POV, or the most unreliable of all, first person POV – tend to elicit readers’ suspicions more than their trust, making any introduction of a magical element suspect to immediate and extensive doubt. And while the reader of a magical realist work, its characters and even its narrator may dance between doubt and belief throughout the telling of a magical realist tale, the fact remains that the magic is ultimately real and the characters (or readers at least) must contend with it. As such, unreliable narrators in magical realism are far and few between.

onsider Leo Tolstoy’s short story “The Porcelain Doll,” written in the first person, and what’s more, in the form of a letter – perhaps one of the most biased and unreliable story structures available. Readers have every reason not to trust this voice, requiring the author to give good reasons to accept the spokesperson’s telling of events. The story opens with an editorial preface to the letter, as if introducing an archival collection of historical documents: “A letter written six months after his marriage by Tolstoy to his wife’s younger sister, the Natasha of War and Peace. The first few lines are in his wife’s handwriting, the rest in his own.”

Tolstoy packs a great deal of verisimilitude into these two lines of fiction: identification of what follows as a letter; a precise place in time positioned in parallel to a real event and a real object with its own history; the fact that said object is literary, a book penned by the same writer as the subsequent letter; the inclusion of a second “real character” who initially started the letter; and the fact that the letters are said to be handwritten. These meta-fictive elements all serve to affirm the authority of the narration by cloaking the fictive nature of the work in an illusory sheath of fact. These facts all conspire to create a verisimilitude that belies the extraordinariness of the magical element presented (namely, the writer’s wife turning into a porcelain doll), thereby lending credence to the narrator’s preposterous claims.

he other tool available to authors lacking a trusted guide is corroboration. When more than one point of view acknowledges the material existence of something, that thing’s material existence becomes more credible and thus more real to the reader. (This is why, incidentally, magical realism lends itself so well to multiple character points of view.)

Corroboration is verification from another source of the details of events. Corroboration is validation of what readers have just been told to believe. Corroboration gives readers the confidence to trust the narrator because if more than one person backs up a fact (the presence of magic), then it’s that much easier for most people to accept that assertion as true.

In Tolstoy’s story, his wife, Sonya, the “victim” herself, corroborates his claim: “I said: Are you porcelain? And without opening her mouth (which remained as it was, with curved lips painted bright red) she replied: Yes, I am porcelain.” And at the story’s end, two characters (or three, if you count the dog) corroborate at least the existence of this alleged porcelain doll, when one breaks its leg and the other tries to help repair it, even if its true identity as the transformed Sonya can’t be corroborated.

ould the reader therefore still have cause to doubt Tolstoy’s assertions? Certainly, although no alternative hypothesis is presented on the page. Hence, the reader is left to take Tolstoy’s word as fact and accept that his wife does indeed transform literally into a porcelain doll whenever they are alone.

Generating readers’ acceptance of your narrator’s claims of magic in an otherwise realistic tale depends in large part on the authority of that narrator’s voice.

Failing that, you can always compensate with healthy doses of verisimilitude and corroboration.

Sage Kalmus has an MFA in creative writing from Lesley University where he worked with novelist Laurie Foos. His short stories have appeared in Whisperings, CARNIVAL and Rose Red Review.