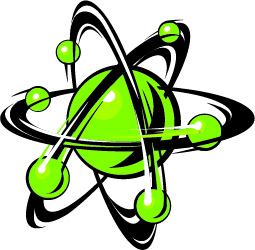 I have a theory about the variety of storytelling brains – brains wired with unique proclivities, strengths and weaknesses, as if from birth. There are “plot brains,” brains that immediately seize a character’s conflict and visualize the character bounding and zigzagging through a series of actions, overcoming obstacles and climbing toward a telling reversal or a poignant recognition.

And then there are brains like mine that see a character mainly in a single situation, a dramatic one, certainly, but one that is as isolated as a scene from an Edward Hopper painting, unconnected from what’s next and perhaps even from what went before.

I came to this realization when I started writing flash fiction several years ago. I’d previously been working on a novel – for too many years – struggling to build a sweeping trajectory, to sew the connective tissue between scenes and create suspenseful action. When a friend introduced me to writing short shorts – 100-word stories, in particular – I started writing the miniatures as a dalliance, an experiment, a reprieve from my ponderous and plodding novel.

They provided more than I could have imagined.

Initially, however, it was challenging to write with such brevity. I’d trained myself to string together a story with webs of words, full of character background and layers of details. I didn’t see ways to cut or compress. I didn’t see ways to make the nuances and gestures of language invite the reader in to create the story. But writing within the fixed lens of 100 words required me to discipline myself stringently. I had to question each word, to reckon with Flaubert’s mot juste.

I learned that short shorts operate essentially as narrative haikus. Because of their brevity, short shorts often hang in the balance, inviting in a sense of ambiguity. In writing them, I realized how to use those spaces in a story to ask the reader to fill in the details and sometimes the context, which is very different from a novel or even a traditional short story.

For example, in Lydia Davis’s “The Fish,” a story that is approximately 100 words long, an unnamed woman thinks “about certain irrevocable mistakes she has made today,” as she sits down alone and ponders a motionless fish “cooling on a slab of marble,” “fleeced of its silver skin.” At the end of this “troubling day,” she becomes one with this being, “dismantled from its bones,” “violated in a final manner.” The woman’s irrevocable mistakes aren’t mentioned, and they don’t need to be. What matters is the mood of being alone with this cooked fish, its flesh treated without care. The story carries a dreadful finality to it. This woman’s mistakes will stay with her, define her loneliness, and we leave her on the slab of marble with the fish.

The story could be misread as lacking detail, backstory and characterization – as not even being a story – yet it evokes the anguish and regret that defines a life as if it is a novel.

Writer Deb Olin Unferth says, “The short makes us consider such questions as: What is the essential element of ‘story’? How much can the author leave out and still create a moving, complete narrative? If I remove all back story, all exposition, all proper nouns, all dialogue – or if I write a story that consists only of dialogue – in what way is it still a story?”

A flash writer has to paint characters in deft brushstrokes, with the keenest of images in such limited space. Shorts require immediacy; they’re a flicker of light in the darkness, a prick, a thunderclap. The writer has to hone focus, to practice a Zen-like concentration in a way that longer pieces don’t invite because they privilege the layering of florid detail and exposition. Take Hemingway’s six-word tale: “Baby shoes for sale. Never worn.” The story moves by implication – the empty space around those few words invite the reader to fill them, transforming the reader into a coauthor.

Writing 100-word stories might have started as a dalliance, but it soon turned into an obsession for me. First I started the lit journal 100 Word Story with a friend. Then I published a collection of 100 100-word stories, Fissures.

I’m still a novelist. I might not have a natural plotter’s brain, but writing shorts has taught me a vibrant way create stories of all lengths. Paring down my writing and focusing on what goes unsaid and unexplained help me build suspense. Now I’m not in such a rush to make connections. In fact, I leave more out. I trust in the spaces of a story, in what goes unsaid, to draw readers in. I see how too much text can diminish the necessary whorls of mystery that a reader expects.

My chapters move like short shorts, navigating through a situation and ending in a way that doesn’t conclude the action so much as open it up. Flash master Jayne Anne Phillips says the last lines of a short short should “create a silence, a white space in which the reader breathes. The story enters that breath, and continues.” I pace my stories, long and short, around the rhythms of such breaths.

The most haunting stories are those that don’t provide answers, but open up questions. Life moves through disconnections as much as it moves through connections. That is the type of storytelling brain I have.

Grant Faulkner is the co-founder of 100 Word Story and the executive director of National Novel Writing Month, better known as NaNoWriMo.