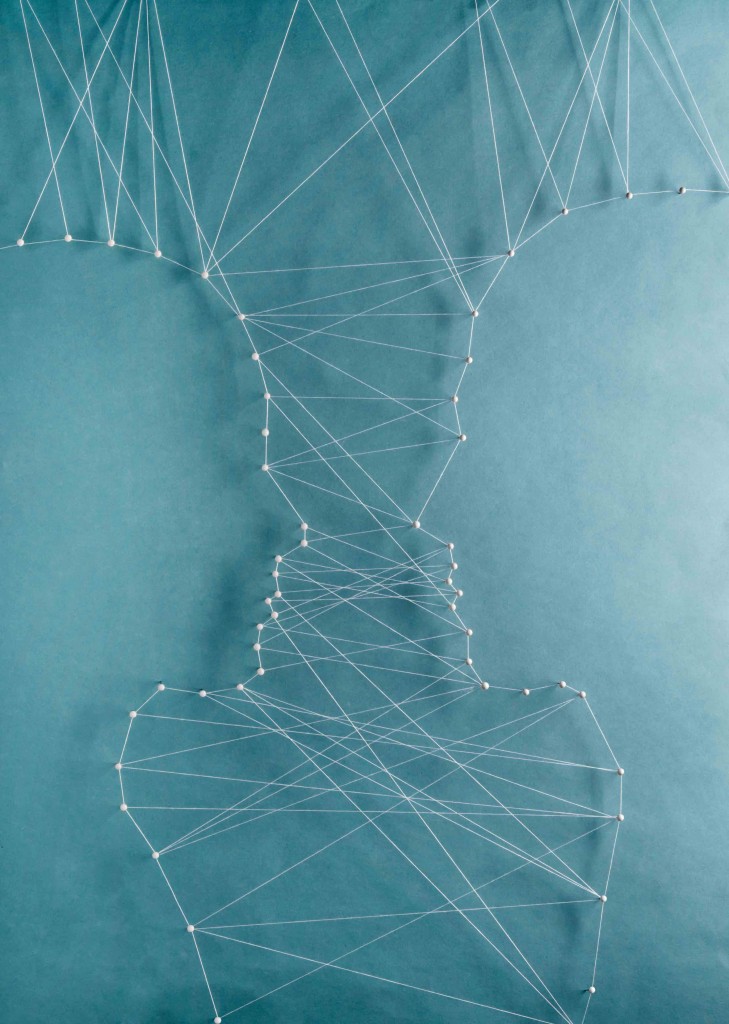 My first novel was a flop. Intentions were good: I’d never seen a girl like me in a YA paranormal, star-crossed romance like the ones I loved to read, so I wrote one. (Well, she was half-black, but still.) Unfortunately, that particular trend was on its way out the door, so despite the non-whiteness of my main character – which I thought made the story stand out – no editors were interested.

Fine. On to the next thing: a contemporary YA novel about a black girl with bipolar disorder. I don’t have bipolar disorder myself, but I studied psychology as an undergrad, and I’ve always been bothered by mental illness stigma – especially in the black community. So I researched and then I wrote a thing. My agent submitted the finished product to editors, and though a handful showed some interest, none would bite.

As it turns out, that’s a very good thing.

There’s been a lot of hullabaloo recently about who’s allowed to tell what stories. The conversation about the lack of diversity in kidlit has reached a fever pitch (Shout out to weneeddiversebooks.org. You da real MVP!). But as more authors attempt to write “diverse” characters – including racial/ethnic minorities, LGBTQIA, gender diverse, people with disabilities, and those who are neurodivergent like my girl with bipolar disorder – questions of ownership and opportunity have come into play.

Enter #ownvoices, a hashtag created by YA author Corinne Duyvis. Originally used to promote existing diverse books by diverse authors, #ownvoices has expanded into a movement aimed at increasing the number of diverse authors on publishing rosters.

And this is valid. Think about it: If the majority of published books about girls were written by men, women would (justifiably) be ready to burn the world down. How would it look if most “diverse” books were written by authors who are white, straight, cisgendered, non-disabled, and neurotypical? (Spoiler alert: Not good.)

Authors might literally “own” the books we write, but we don’t always “own” the experiences on which those books are based. At a time when phrases like “institutional racism,” “privilege,” and “cultural appropriation” are on the tips of so many tongues, people from marginalized groups have become fiercely protective of the way they’re portrayed in various forms of media, books included. Say, for instance, a person of color feels misrepresented in a book by a white author. Thanks to the internet, said author can be taken to task in a very public way nowadays.

Many take issue with this. It’s FICTION, they say. It’s not REAL! We should have creative license to write whatever we please!

But isn’t it true that fiction is only successful if a reader is able to “suspend disbelief?” Even when every facet of a story is imaginary, there must be an element of believability.

As such, fiction informs. Especially when it comes to narratives rooted in reality. Fiction can be a vehicle to empathy…but if a marginalized individual’s existence on the page doesn’t reflect the existence of people like them actually moving through the world, that empathy will be flawed.

Hence the need for authenticity.

And what of “diverse” children looking for themselves – and consequently, what the world thinks of them – in what they read? Growing up, the only black people I saw in books were slaves, stupid, or both. Could I be a detective like Encyclopedia Brown or a secret agent like Harriet the Spy? Or would I only ever be viewed as an inferior?

Representation matters. And who better to write an authentic diverse character than a person living that particular diverse experience? #Ownvoices makes perfect sense.

But what does that mean on a larger scale? Should people “stay in their lanes”? Write only what they know?

I personally don’t think so. Matter of fact: As a person who prefers to write characters who differ from me, it’d be pretty hypocritical of me to admonish others who want to write beyond the confines of their own experiences. But – and this is a big but – I do think there’s a right and wrong way to go about it.

The first thing to be considered is motive. While I can’t tell you the “right” motive for writing outside your experience, I can list a couple I think are…iffy.

First: “Helping (insert marginalized group) be more visible.” This might seem like an honorable intention, but it’s faulty in a number of ways. For one, it presupposes “holes” in the market that don’t actually exist. #Ownvoices stories are out there in every genre. The best way to help with visibility is to find them, buy them, read them, and promote them to others.

Additionally, this motive tends to backfire as most of the authors who think they’re “helping” seem to have it in mind that they’ll garner applause/appreciation for their efforts. Just to be clear: There is no Good-Try trophy for writing diversely. If people are unhappy with the way they’ve been presented, they will make a fuss about it – as is their right. To be frank, white/straight/cisgendered/non-disabled/neurotypical people aren’t doing us diverse authors any favors by occupying spaces on publishing lists that we’re fully capable of filling ourselves. Write what you want, but don’t expect unconditional acceptance of what you’ve written, let alone gratitude or a pat on the back.

Another iffy motive: chasing a perceived trend. “Well, ‘diverse’ stories are selling right now…” isn’t the best reason for writing one. As of late, this particular motive has led to disappointment because some agents and editors won’t even consider a work with a marginalized protagonist if the author isn’t #ownvoices. “Well that’s censorship and it’s not fair!” has been the rallying cry of those who feel slighted. But white/straight/cisgendered/non-disabled/neurotypical people have been paid for telling their stories for as long as paying-people-to-tell-stories has been a thing. Shouldn’t #ownvoices creators be afforded the same opportunity?

We live in a time where it no longer flies to “imagine” yourself in another person’s shoes without first asking them how the shoes fit their feet.

“Okay, Nic,” you might be thinking. “You’ve made some good points. But this character is still presenting as (insert diverse characteristic you don’t possess)! Do I ignore that?”

No. But do your homework.

We live in a time where it no longer flies to “imagine” yourself in another person’s shoes without first asking them how the shoes fit their feet. My debut features a 17-year-old African American male who gets racially profiled by a police officer and begins a journal of letters to the deceased Dr. Martin Luther King Jr. as a means of processing his experiences moving through the world as a young Black man. While it is #ownvoices with regard to race, it’s Other with regard to gender. So, I had some work to do (and it wasn’t always fun, let me tell ya).

If you want to write a diverse character, do some research beforehand. Set up interviews and ask questions – most marginalized people are more than willing to talk if you’re willing to listen. Read works by people of the type of diversity you’re seeking to write. If you can, hang out in the spaces people of that particular marginalization inhabit.

Learn as much as you can, and then after the project is drafted, submit it to people – known as “sensitivity readers” – who share your character’s diversity. Not only do these readers check for things like harmful stereotypes and turns of phrase that might be misinterpreted, they can also offer little nuggets that make the character – and the character’s journey – more authentic (yay for good rep!). Listen to these readers. Take their comments and critiques to heart. Pay them in some way. After all, you stand to profit from a story rooted in experiences that belong to them.

Do this when writing diverse protagonists as well as supporting cast members (who are just as important). Let’s be honest: If you take issue with the Other you’re writing wanting a say in how you write them, you probably shouldn’t be writing them at all.

Lastly, once all is said and done, put on your big kid undies and brace for impact. No matter how thorough you’ve been or how great a job your sensitivity reader(s) says you’ve done, someone will take issue with what you’ve written, often solely because you, person-who-has-not-lived-the-experience-of-your-character, had the audacity to write it. Be OK with this. If you’re allowed to write whatever you want, others are allowed to say what they want about it.

Which brings me back to my girl diagnosed with bipolar disorder. I recently handed that manuscript to a couple of sensitivity-readers – something I didn’t do before it went on submission (gasp!). They really ripped the manuscript a new one. The representation was good in a few places, but the number of unchecked stereotypes on the page was shameful.

Thing is, this character won’t let me go. I can’t not tell her story. So with the assistance of these incredible readers, I’m fixing it. Slowly, humbly, and often painfully, but fixing it nonetheless.

It’s the least I can do, don’t you think?

Nic Stone was born and raised in a suburb of Atlanta, GA, and the only thing she loves more than an adventure is a good story about one. Her debut YA novel, Dear Martin, is out Oct. 17, 2017 from Crown Books for Young People, and you can find her on Twitter and Instagram at @getnicced or on her website: nicstone.info.