When L. Marie Wood tells strangers she’s a psychological horror writer, they frequently recoil from her as if she’s the grim reaper. “It’s like I put a hood on, and I’m walking around with a sickle,” she says. “I can write about vampires and blood, or about Frankenstein, or a zombie apocalypse. Using psychological horror, I write murder mysteries, or add something supernatural, or write dark romance.”

As Wood points out, horror writing pairs well with other genres. Its tropes add conflict, suspense, and – in some cases – terrifying imagery to a tale, whether written for the page, stage, or screen. I caught up with three veteran writers who offered their insights into how to craft a compelling horror narrative that makes people jump back in terror…or haunts them long after the story has ended. 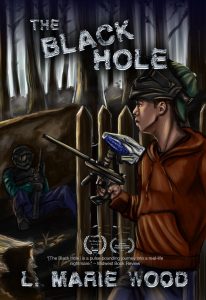 Wood is the author of eight novels and countless short stories, screenplays, essays, and novellas – many of which fall under the psychological horror subgenre. “People don’t consider it to be true literature because it carries with it this connotation for blood and gore. They tend to think of horror writing in the extreme, calling up screenplays and movies with some nameless, faceless killer hacking up people,” she says. “But there’s so much more.”

In psychological horror writing, she explains, there’s an emotional connection between characters, and between characters and readers. “There are relationships and a bond that people have in overdramatic situations,” she says. “If I’ve done my job, readers will feel the emotions that the characters are going through.”

Wood explains that in psychological horror stories, much of the conflict occurs internally. “The horror isn’t necessarily an outward terror like a vampire or a murderer,” she says. “It’s, ‘Am I seeing that shadow? Is it just a shadow, or is it something else?’ or ‘What did they mean when they said this? I thought I saw a look on someone’s face when I was turning away. What did it mean? Am I in trouble?’”

The thing that scares readers, she adds, isn’t always a tangible antagonist. “It might be the potential for memory loss and not knowing what’s going on. That’s terrifying.”

Good psychological horror can be deceptive, she points out. Readers may think, in the safety of daylight, that they’ve simply read and enjoyed a compelling mystery, thriller, or romance. But if the horror elements in the story are skillfully crafted, they’ll remain in a reader’s subconscious. “What’s beautiful about that is that you can finish your novel at 2 o’clock in the afternoon and not feel frightened, but by 10 o’clock when there’s a shadow in the hallway, now you remember something out of the book, and you’re scared,” Wood explains.

She founded Speculative Fiction Academy online to offer writers an inexpensive, easy way to learn the basics of writing across the vast genre – of which horror is a part. Students can take classes including “Personal Monsters: Crafting Horror that Hits Home” and “Queerness in Horror.” “We also talk about the importance of research,” she says. “When people hear the word ‘research,’ they tend to tense up and say, ‘Oh, I can’t do that.’ But they need to realize that their characters won’t have any depth unless they do research.”

To illustrate her point, she gives an example of a protagonist sitting at a picnic waiting for another character to show up. The protagonist gets increasingly frustrated because their friend is late. “And suddenly, they feel this pressure, and it’s just incredibly too hot, and the sound around them is just too loud. That’s a psychological reaction to feeling stood up,” Wood says. “If you’ve researched some of the symptoms of feeling rejected, you can use them and understand why the character is experiencing them. And then the conversation between those two characters will be deeper.”

Writers can’t know everything, and so they must conduct research, she says. “I don’t have a negative response when someone’s late. So if I want a protagonist to suffer a psychological impact in my story, I have to look up physical reactions to rejection. Don’t shy away from research,” she adds. “If you do, you’re leaving your characters just sort of surface and wishy-washy. And no one connects with a wishy-washy character.”