The short story is special art form – a glimpse into a fraction of time that, if done correctly, can change the world, especially another writer’s. Several writers shared with us the stories that made them think twice (or multiple times) about their own writing style.

Which short story has most influenced your writing? 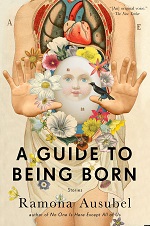 “When I was in college, one of my writing teachers assigned ‘Pastoralia’ by George Saunders. It felt as if the story stood up and punched me in the face with its sad, funny greatness. Whenever I had a captive audience (I recall a long drive to Las Vegas with my boyfriend), I read it aloud and everyone else always fell in love, too.”
– Ramona Ausubel, A Guide to Being Born 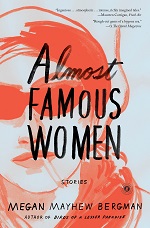 “One of the short stories that stays with me is Leonard Michaels’s ‘Manikin.’ The prose is elegant, but the narrative itself is savage. It was an early lesson to me that the writer does not have to write what ‘ought’ to happen, what ‘should’ happen. There is a lot to learn from ugliness.”
– Megan Mayhew Bergman, Almost Famous Women 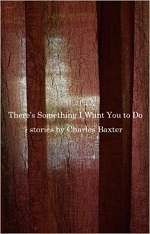 “Of all the thousands of stories I’ve read over the course of a lifetime, the one that’s influenced me the most is Katherine Anne Porter’s ‘Noon Wine’ from 1937. The cast of characters is remarkably vivid, as is the setting (a Texas dairy farm), and the drama, which turns violent near the end, has the scope of a modern-day Greek tragedy. The story has one of the best comic villains ever seen in American literature, a character named Homer T. Hatch. The critic and novelist Reynolds Price compared this story to the work of Leo Tolstoy. It is simply one of the greatest stories ever written by an American. Both Flannery O’Connor and Eudora Welty learned from it. And so have I.”
– Charles Baxter, There’s Something I Want You to Do

How do you build suspense in fiction?

How do you make something funny?

Which poets have influenced your work?