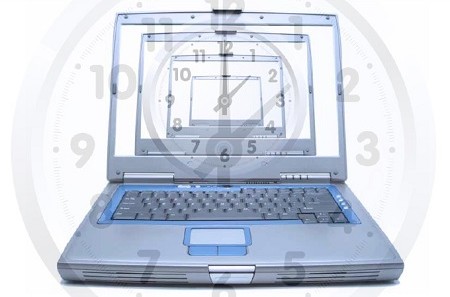 For writers, there will always be the matter of the blank page – or worse, what it represents: a recalcitrant mind that is unwilling (or unable) to do whatever’s necessary to get words down on paper. A common panacea, prescribed in countless how-to manuals, is freewriting and journaling. These tools can and do work – they help you get words on the page – but when it comes to fiction, they seldom show how to start a story. I have devised a five-step plan, designed to get writers not just writing, but writing a piece of fiction; over the years, I’ve used it with novices as well as experienced fiction writers. No matter how long you’ve been writing stories, the blank page still looms large.

When I give a writing assignment in one of my fiction workshops, the first question students invariably ask is, How long does it have to be? It’s a legitimate question, which reveals a deep concern: For a good many writing students, a length requirement creates a serious mental block, often prohibiting them from even getting started. They become so focused on the magic page number or word count that it often creates an insurmountable challenge.

Instead of thinking about words, I suggest they think about time. I ask them to think not in terms of how many words they must produce, but how much time they spend during each of a series of writing sessions. Thus, I suggest a series of steps that are focused writing sessions having no word-count requirement; instead, each writer is expected to work for a specific period of time. I ask the students to work every day for five days (the time allotted for each session is always stated as a minimum). The overall goal is not just to write, to get words on the page, but to begin a story. Here is the series of sessions I recommend in my fiction workshops.

Focus on where you write (45 minutes). Write for a minimum of 45 minutes, describing where you are as you write, how you are writing (using pencil and paper, computer, etc.), and why you have chosen this particular time of day to write. Simply describe your physical location, what about it makes you comfortable – or uncomfortable.

Are there distractions, and if so what are they? (Sometimes there is no better topic to start writing about than distractions, for they can often prove invaluable to fiction writers. It can be something as small (yet pesky) as a fly in the room, or as invasive as two neighbors arguing in the next apartment.) Is it quiet in your location? If there’s noise, what’s causing it? Do you listen to music?

How do you feel about yourself in this setting? What are you wearing? Drinking? Eating? What’s in your line of vision right now? Write in either the first or third person.

Very often, more than half of the workshop students will address these questions by writing in the third person. Though I don’t require them to do so, many students understand that the distance that third person provides may allow them to not only describe their surroundings, but to work their way toward a perspective that is not really their own, but other. A sense of otherness is often key to writing fiction.

During this first session, I’ve had writers sit before a mirror and describe themselves as they’re working. When we read the work from these first sessions in class and discuss how it all went, students often say their initial apprehension was that they’d find nothing to write about for 45 minutes; and yet somehow they managed to work steadily for the allotted time.

When I ask how many of them had written for more than 45 minutes, usually a good number of hands go up. When students say they lost track of the time, I tell them that’s the point: You’ve got to get lost in the writing.

Here’s an example of how one student warmed up to the idea, moving from bafflement to quite vivid description:

This seems a little weird. I’m sitting here and I’m supposed to write about me sitting here? OK, well, the first thing that comes to mind is that I’m barefoot. It’s September and quite warm and the soles of my feet are resting on the floorboards. If I slide my right foot back and forth I can feel a knot in the wood that is slightly raised (because I think knots are harder so they don’t wear as fast). My foot, particularly my big toe, likes the contour of this knot.

Get out of the house (60 minutes). Go someplace different, someplace with a lot of people – preferably people you don’t know or seldom see. Restaurants, bus terminals, train stations and airports are excellent sites. Find a spot and observe the people around you. Describe as much as you can. You may use lists, narrative passages, fragments of overheard conversation recorded as dialogue. Catalog what you see; gather as much detail as you can.

This session appeals to the spy in all of us. (Trench coats and sunglasses are optional, I tell students.) Students not only return to class with rich, varied detail (often pages and pages filled with it), but they note the interactions between people they observed. They speculate; they consider cause and effect; they begin to create fictional characters. (A student once described a woman in a bus terminal who was talking passionately to her tuna fish sandwich.)

Write something that links some of the pieces (60 minutes). Consider what you recorded when you got out of the house and now write a narrative that attempts to connect some (probably not all) of what you saw and heard. Establish a single point of view other than your own, and in a voice that is very not you. It may be based on one of the people you observed, or it may simply emerge from the writing. If so, you’ve moved away from simply recording your observations toward writing fiction.

E.M. Forster famously encouraged literature to “only connect,” and I believe it’s a good signpost to put in the path of fiction writers. It gets them thinking about relationships, about cause and effect.

I can’t emphasize enough the importance of establishing a point of view. The issue of a consistent point of view is something I find difficult to teach. Better to have students discover it through their work; most of them ultimately discover its appeal, even necessity, in a work of fiction. As they are making it up, they are also establishing a sense of rules that applies only to this story, an understanding of what a character is and is not capable of knowing.

The goal in this session, I tell them, is for the writing to seem to come from some place other than their usual self. It reveals that other that fiction writers often discover when they work.

Now write again, trying a different approach or perspective (60 minutes). Consider the material you gathered from Step 3 again; this time, however, vary your approach. If in the last session you wrote in the third person, this time work in the first person; if your last session was primarily narrative, then this time try to create a scene with dialogue.

The point is to mix things up, to see things from different perspectives, which to a large degree is what fiction is all about – it offers the writer a unique sense of freedom. It asks you to explore not only the exterior world through a character’s eyes, but to explore her inner world – why she sees things the way she does.

Now you’re ready to begin a short story (60 minutes). Keep it simple. Have at least two characters in the same place at the same time and have them respond to each other in some way.

I sometimes call this “The Last Vacant Seat on the Bus session.” If nothing else, have a character take the last available seat on a bus (or a train or a plane) and start the story the moment she sits down.

The key, as with nearly all stories, is that there needs to be some kind of conflict. I’ve had students begin with someone who reeks of garlic, or someone who immediately begins asking the other character personal things (“What does your mother think of that tattoo on your neck?”).

Students often say this session is hard: too many decisions to make (many having to do with point of view, those rules and limitations); too many balls to juggle at once. Even if they only get a sentence or a paragraph on the page, though, it’s an hour well spent. In my years of workshop experience, most writers produce several pages of fiction, and in many cases they will have worked in this fifth session for well over an hour, paying little heed to the clock.

My ultimate goal with this series of steps is to help move writers from a natural fear of the blank page to the point where they have an idea for a story they can’t help but pursue. They want to keep working on it because they want to find out who their characters are, and they desperately want to know what happens.

In my workshops, this five-step approach has had great success; in fact, I can’t think of any students who did these five steps to the best of their ability who failed to get a short story started.

The turning point is when they get caught up in a story of their own making.  It happens often, and it’s one of the true satisfactions of my job when I see writers eager to write a story they have in mind.

John Smolens’ eighth and most recent novel is The Schoolmaster’s Daughter. He is a professor of English at Northern Michigan University, and in 2010 he was named Michigan Author of the Year by the Michigan Library Association.

*This article originally appeared in the January 2012 issue of The Writer.

How to begin a story that needs a lot of explanation

“Marley was dead” and the power of first lines

Let it flow: Tap your well of creativity

6 reasons a workshop jolts your writing