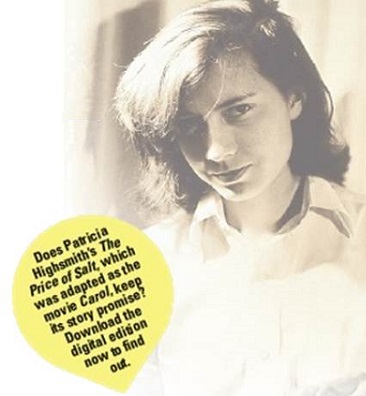 As a creative writing instructor, I often teach “tools over rules” to free students from what they “can” and “can’t” do in writing. Early on, I introduce “story promise,” or the point, usually in the first paragraph or page, when the writer gives the reader a promised direction or assertion of the story’s subject. If the story begins with a woman in a boat setting sail, as the reader, I assume this is where it’s going. Often, though, new writers begin in one place, and as they figure the story out, they take it somewhere else – the woman in the boat story might quickly become one about a seagull flying to shore.

To get students started, I ask them to tell me what the story they’re writing is about in one sentence. If they begin a long discourse, I ask them to try again. Of course, we don’t always know what the story will reveal, but often we have an idea of where we might like it to go, and that should be shared with the reader. Here are some questions I ask.

Why does the story start on this day, at this very moment?
Consider why you’ve chosen this scene to begin out of all the other scenes in the character’s life. I often hear writers say, “It came to me like a movie; the character was walking down the street, and I followed.” Since we are the biographers of our characters, we have a say in where the story goes. Often, the movie that takes shape in our minds includes an introduction in which no one is talking and simply is preparing for what’s to come. If your character is in preparation mode, begin at the moment of importance, or when the first plot point occurs. If, for example, your character is getting ready for an important interview, you could easily skip to the actual interview.

Ask yourself: Are you starting as close to the action as possible? Can the story be moved up or pushed back a day, a week or an hour? What is the integral point of the scene that you want to get across? When you focus on these questions, you’re shaping the story promise and direction your character will go.

Ask yourself: What’s the worst that can happen to my character on this day, at this moment? The more conflict, the more the story moves forward, the more a reader wants to know what happens next. I often see my students get a good idea and then stall on writing it. Why wait? Sometimes we’re afraid to give up a golden plot point, but if we trust our instincts, another plot twist will soon turn up.

Where does your story meander?
My students have reported getting to the end of a manuscript only to say, with a bit of regret, “It’s not the story I intended to write.” When characters get carried away talking or walking off-script, they meander away from the guide of the story promise. Once your characters veer too far afield, it might be time to stop and reevaluate. Writers sometimes make new discoveries when they meander, and that’s great, but then consider reworking the opening to reflect this new story promise.

An exercise in story promise

Go to the library and pull 10 books off the shelf. Read the first page or first chapter and identify the point at which you know what the story is about and where it will go. That will help you understand the story promise in your own work.

An example of an opening with a strong story promise is J. R. R. Tolkien’s classic book The Hobbit, which begins:

In a hole in the ground there lived a hobbit. Not a nasty, dirty, wet hole, filled with the ends of worms and an oozy smell, nor yet a dry, bare, sandy hole with nothing in it to sit down on or to eat: it was a hobbit-hole, and that means comfort.

Alice Seabold’s The Almost Moon starts with her narrator’s assertion:

When all was said and done, killing my mother was easy.

In both cases, we get an idea of where the story might go. Although we might not know what a hobbit is, we know Tolkien’s book will be about one. With Seabold’s opening, we know we will find out why the narrator killed the mother.

Do your best to recognize what can be cut and revised from your story openings, and what can be kept, expanded or made clearer. In the end, the story promise is just one more tool – not a rule – to help the creative process.

How to start a story in 5 steps