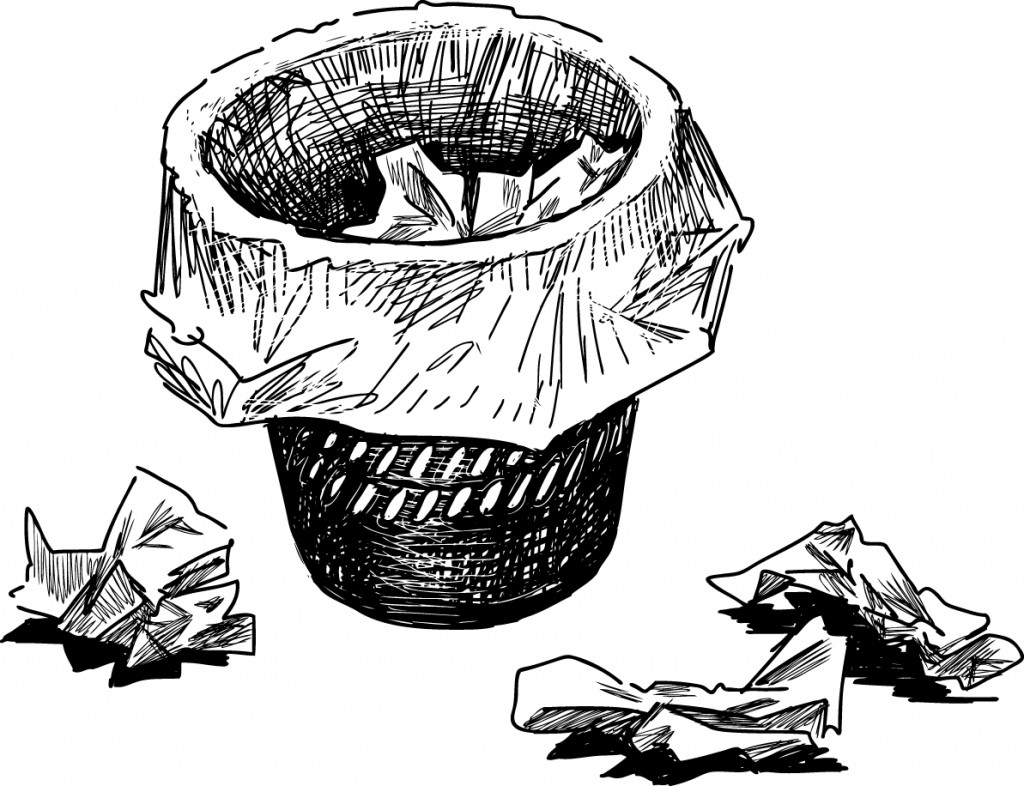 Either some intern made a horrible typographic error, or I was reading my first acceptance letter. I read the email over a dozen times, grinning stupidly and trying not to laugh. A literary journal actually wanted to publish my short story – and the funny thing was, I hadn’t intended to write it.

The story started as an Intro to Fiction assignment. For weeks, I’d been writing and rewriting a scene with characters I knew well, plotting the brief encounter in the margins of class notes. Despite my planning, the emotion always came out forced and flat. With only a few days before my due date, I scrapped everything and went with a new idea. As in, “I have no idea who this character is or why she’s lugging a pumpkin through a graveyard, but I have to find out.”

This was not normal for me. I was a plotter. I kept detailed notes about a character’s family tree, her motivations, her fears. With my other work, I’d map out the bulk of my plot, setting and cast of characters before I started writing a scene. This time around, I started with a nearly blank slate. I didn’t know where this graveyard was or in what year my character had arrived there or who she was visiting. I didn’t know her occupation, background or age. But I felt her grief and confusion, and her sharp retorts came as black and bold as the ink from my ballpoint pen.

I started with dialogue. I wrote three separate exchanges, conversations with vague shadows of other characters, all of them trying, like me, to understand this girl with a pumpkin. From there, I could see how she was connected to others, how each of them reacted differently to a recent death. My process turned from mapping out each event to allowing a character to tell me her story herself, only moving forward when she was ready. (Literally. She spends almost the entire scene sitting in the same spot.)

The result was a story that, unlike the one I’d intended to write, didn’t feel forced or staged, but honest and unexpected. A few things in it surprised even me. I didn’t need all the details to start writing, I realized. I needed to commit to pursuing a story.

I turned in the draft – a complete scene but an unfinished story. Encouraged by my teacher to find a solid ending, I came back to it later and learned a second lesson.

To me, “finishing” a story meant “add to it.” A complete story, I thought, needed more scenes, more characters, just more. But everything I added to this story felt unnecessary.

I realized I didn’t have to push the ending forward on the narrative timeline. I could cut it back. I scrapped the original ending, and when that didn’t feel enough, I cut the original beginning, leaving me with something raw and not fully explained, but still whole and haunting.

“Startling Kindness” taught me a more lenient way to write than the formulaic process I’d used in the past. Sometimes, writing a little bit less does more for a story than any amount of plotting. And being willing to learn as you write is more important than writing what you already know.

Anna Stokely lives and works in Lincoln, Nebraska. She is a book hoarder, needlework enthusiast and makes a mean pumpkin pie.

“Of course I am.” Freddie watched Ben reach for the cauldron, then pointed to the pumpkin guts again. “Ichabod was a nice little boy like you, but I turned him into a pumpkin after he tried to take my candy without asking.”

Ben hesitated with his hands over the silver wrappings, then turned to her, his eyes as wide as his smile. Freddie laughed, then hitched it into her best cackle, and Ben squealed that little kid squeal of amusement.

“Why are you here?” he asked, calming down. “Are you visiting your mom, too?”

“Did he take your candy?” Ben asked eagerly.

“No, he shot himself. Right in the eye. Like he wanted to watch it bust open his head.”

Ben’s smile stayed, but now it looked like a mask, like he wasn’t sure why he should be smiling. Freddie turned to sort her pumpkin seeds again.

He answered quickly, like he had rehearsed it. “She sang the alphabet while she brushed her teeth and she hated the word dank and when she’d make a pumpkin pie for Dad she’d dance around the kitchen with the evaporated milk because it said ‘shake well’ right there on the top of the can.”

Freddie blinked. “How old were you when she died?”

“And you remember all that?”

He pushed his wrappers into a pile between them. “I remember all the stories.”