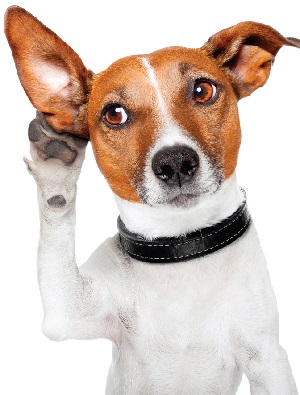 The third-most-important rule on my high school varsity soccer team (after Rule One: Don’t be late and Rule Two: No Pepsi products – the coach was a retired Coca-Cola executive) was: When in doubt, kick it out. It’s not a great rule for soccer (kicking the ball out of bounds gives the opposing team possession), but we weren’t a great team. And even imperfect guidelines and boundaries give a beginner someplace to start.

As an executive editor in children’s book publishing, I appropriated this rule when asked to speak at writers’ conferences about the rules of writing and revision. “When in doubt, cut it out,” I’ve told rooms full of aspiring authors. It’s a better rule in revising than in soccer, because most writers (both first-timers and multi-published authors) tend to include too much in their early drafts – excess back story, description and other passages that they may need to have written, but that the reader does not need to read. If you think something can be cut, it probably should be.

There are exceptions to that rule, of course. The terrible and wonderful truth about writing is: There are no real rules. At least, that’s what I’d always thought. But when I began my own first-draft journey and needed some parameters to help guide my way – to give this beginner a place to start – I discovered what I’ve come to see as the one true rule of writing: When in doubt, add a dog.

I stumbled onto this rule while brainstorming the plot for my debut novel. The idea for the book began with a title, Anna Banana and the Friendship Split. This was a useful starting point because it told me several things about what the story would be. Before I’d written a word, I knew the book’s target audience (that’s a chapter-book title, so I’d be writing for readers ages 6-to-10), the tone (it’s a funny title, so the book should be funny too), some key characters (a girl named Anna Banana and, of course, her best friend) and even the central conflict (a fight huge enough to threaten their friendship). But despite all that the title provided, the idea still lacked a certain critical something – the something that would give the book its heart.

Walking my dog in Prospect Park (because, when in doubt, walk it out), I realized exactly what was missing: a comma. This wasn’t a story about a girl named Anna Banana. It was a story about a girl named Anna and her wiener dog, Banana. The dog would provide the cuteness, warmth, emotional resonance and appeal my story needed. I added a dog, and everything else fell into place.

I still had to write the darn thing, word by word, which is another hard truth about writing – even once you know what the story will be, it doesn’t just write itself. But I found that the add-a-dog rule helps with that too. If you want to signal to the reader that the hour is late, or that you know the chapter is dragging, have the dog stretch and yawn. If you need to make things more exciting, let the dog stir up trouble. If you aim to tug readers’ heartstrings so hard that a few might break – and get your book on award lists and best-seller lists in the process – well, you’ve heard the advice “Kill your darlings,” right? So kiss that pooch goodbye.

Try it. Add a dog to the next thing you write, be it a novel, an essay on writing, a text to your spouse, a recipe or erotica. (What? Dogs love food and humping.)

What I’m really saying is: Find the thing that makes the story matter, not in general, but to you. Find that heart and let it guide you. For me, it was a dog. But I’ve noticed on the Internet that other people prefer cats. That’s fine too, I guess. After all, if you’re a good enough writer, you can bend any rule.

That’s what my dog says, anyway.

Anica Mrose Rissi is a former executive editor in children’s book publishing and the author of Anna, Banana, and the Friendship Split. Her personal essays have been published on nytimes.com.

Follow your dream, but don’t quit your day job