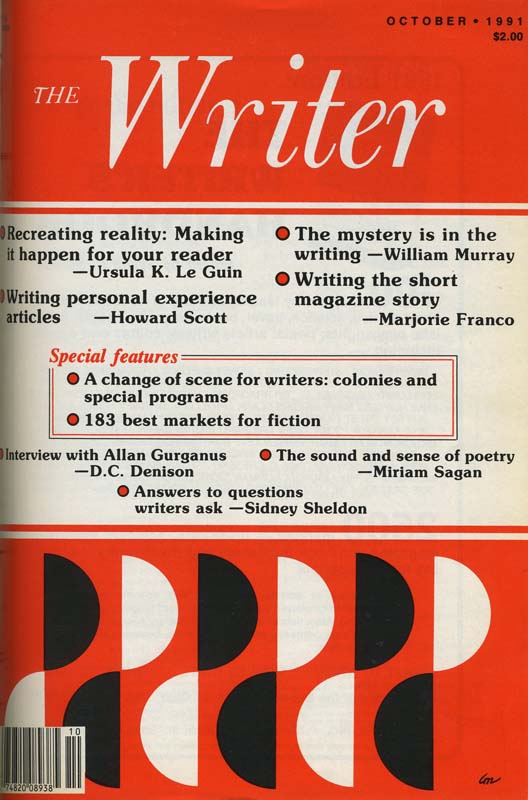 At first glance, Ursula K. Le Guin’s fiction – filled with wizardry, mystical lands and societies thousands of years in the future – appears to flaunt the old standard, “Write what you know.” But in the October 1991 issue of The Writer, Le Guin explains the necessity of knowledge in the writing process.

On the most rudimentary level, writing what you know prevents the appearance of ignorance. Readers will always identify inaccuracies and judge the work (and writer) accordingly. However, what you truly know is often restricted to a single lifestyle, a single culture, a single mode of thinking and feeling. The literal interpretation of “write what you know” eliminates the possibility of most fantasy, romance, historical fiction and science fiction.

What you know is rooted in a deeply psychological plane. Writing about it means digging deep into your personal psyche, your heart, your memories, your emotions. If you don’t “know yourself,” the work you produce will be artificial and imitative of other writers.

“It may be brilliant, full of meanings and ambiguities and symbols and all that stuff they teach in literature courses, but it won’t be the real goods,” Le Guin writes. “It won’t wash. There won’t be any wear in it, and the colors will run.”

But how much can you really know? How does a writer gather all of the life experiences necessary to write compelling fiction?

Le Guin believes you don’t have to know everything to still “write what you know.”

“It just tells you to take what you have, take who you are and use it. Don’t try to use secondhand feeling: use yourself. Stake your claim, however small it may seem, and dig your own gold mine.”

Writing becomes a learning device, a means of self-reflection and discovery. The most legendary authors – Tolstoy, Charles Dickens, Virginia Woolf – use imagination to expound on their own lives. Relying on their acute powers of observation, they imagined a way into other people’s hearts and minds. These characters were not mere products of wishful thinking but of truthfulness.

“If fiction is to be truthful about what human beings really are and do, we have to define knowledge as a goal of the imagination,” Le Guin writes. By discovering the unknown through research, “I read, and recreate the reality in my mind till I know it. That’s what writing, fact or fiction, is for.”

Whether you acquire what you know through books or experience, what matters is where you take the knowledge. Knowing a fact is not enough. You must use experience as the starting point for imagination, for deeper knowledge. Then use details to make it true for the reader.

To that end, Le Guin writes: “The writer makes it seem true (so that the reader won’t question it), and also finds out the truth of it (so that telling it matters).”