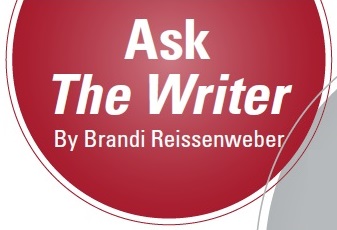 I am writing a nonfiction book about a trial recently in the news. I have done thorough research and know the characters well. I want to share the feelings, thoughts and motivations of my characters based on that research. I am getting some resistance from fiction writers, who admonish me to be transparent in what they call speculation. My thinking is that the research informs my writing, and the reader will understand my sources by the time they have read the entire book. Am I wrong about this?

A work of nonfiction that dramatizes events, as it seems your book does, often takes liberties.  Conversations, for example, may not be recalled exactly, but are crafted in a way that stays true to the spirit of the exchange. Still, such a book has an obligation to fact and a responsibility to be clear about where the facts end and the author’s contribution takes over.

Maria Flook’s Invisible Eden: A Story of Love and Murder on Cape Cod is a work of nonfiction that tells the true story of the murder of Christa Worthington. Flook inserts herself into the narrative as a character as she interviews and investigates. Although Flook never met Worthington, she contemplates her life and imagines her way into Worthington’s sensory experience and some of her private moments. The book conveys fact and goes deeper into the possibilities surrounding what remains unknown through the use of imagination, conclusion and speculation – and the distinctions are clear. The reader is an informed party; the narrative details Flook’s sources as she encounters them, processes what she learns and plans her next moves.

Sometimes there’s a conflict between the demands of dramatization and the available facts. Dave Eggers ran into this with What Is the What?, a novel based on the life of Sudanese “Lost Boy” Valentino Achak Deng. In an interview on NPR’s All Things Considered, Eggers said he and Deng “set out to write a purely nonfictional book but it was really restricting.” Deng was young when the events took place, and that left significant gaps that Eggers needed to fill with additional personal accounts, research and his own imagination. In a preface to the novel, Deng describes the lengthy collaboration and weighs in on the result: “The book is historically accurate, and the world I have known is not different from the one depicted within these pages.”

In sharing a real person’s thoughts, feelings and motivations, the author must first know them. And the only way to truly know them is to have some sort of access to that person’s inner world. This might  happen in honest, candid interviews or perhaps from entries in a detailed personal journal. This was not true for Flook – she did not know Christa Worthington – so she generally made imagined moments and speculation clear. Eggers did have access, based on close collaboration with Deng, the subject of the book, yet there was still enough invention to warrant the label of fiction. As you consider your own work, take into account how much of your analysis and interpretation you are bringing to it. Are you making subjective conclusions based on evidence such as facial expressions, comments under oath and actions? Or have you learned, directly from the source, about that person’s inner experience? There’s a difference. It’s important to clarify for the reader what kind of information he or she is getting.

MORE FROM ASK THE WRITER

How do authors come up with stories?

Can I submit a novel excerpt to a magazine before the book is finished?

Do I italicize the title of a short story or poem?

SCBWI’s conferences have gained a lot by going virtual.