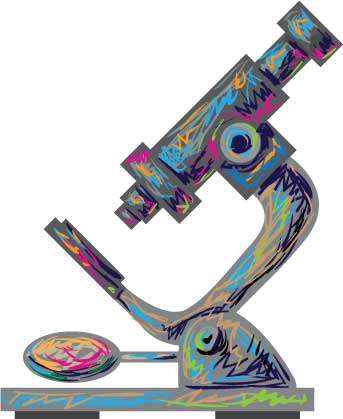 On her last day in New Caledonia, Jennifer Ackerman drove to the top of Mount Koghi in search of the elusive New Caledonian crow.

At the top of the mountain, met by a brilliantly green rainforest and the towering Koghi Kauri trees, she plunged into the forest in search of the birds, only to encounter failing light and massive spider webs. She never found the crows but heard their raspy calls in the darkness.

Yet Ackerman, author of The Genius of Birds, isn’t an ornithologist; rather, she’s a science writer driven by a passion to learn.

Everyone knows that scientists have to be curious. It’s often innate in the scientist. But it’s also instinctive in the science writer.

Science writers feel a need to learn about the world and what makes it tick. Instead of simply reading about the Asian arowana, “the world’s most coveted fish,” journalist Emily Voigt traveled to southeast Asia on a quest to find them. Author Deborah Bloom ventured into laboratories that used primates for research in order to provide an eyewitness account for her book The Monkey Wars. Yet while this appetite for learning is certainly a most important trait, it’s not the only characteristic that makes a science writer.

A common misperception is that you have to be a scientist to write about science. True, some writers do have science experience, but that’s hardly the norm. Ackerman started as a humanities major. Voigt, a journalism major. Blum and John Fleischman were also journalists. All you need, says Blum, is a driving need to tell the story.

But Blum also concedes that science writing is not as event-driven as traditional journalism. “It’s a process,” she says.

While reporting may be tied to a specific discovery or a published paper, that “event” is artificial, says Dan Ferber, writer and editor of Mechanical Engineering magazine. These papers and discoveries are actually just one blip in a long process. Science writers need to show the whole timeline: where the story originated, who it affected, how it was discovered, and what its global impact was or will be.

To write a story like this, says Pandika, you have to remember that science never happens in a vacuum. “It doesn’t just happen in a lab. There are so many people involved in the work,” says Pandika.

Contextualizing any discovery or new technology is critical, says Ferber, because it helps answer the question of why the news is important and timely. But anchoring it to a particular human element is what makes it compelling.

“For me, it is really telling the stories of science as the stories of people doing science,” says Ferber. “It’s about the people and the work that they are doing.”

Often that human perspective manifests itself in a narrative story. A good narrative science story needs two elements: strong characters and gripping action, says Voigt, author of The Dragon Behind the Glass.

In writing about the Asian arowana fish, which often fetches up to $150,000 on the tropical fish market, she encountered the colorful ichthyologist Heiko Bleher, who ultimately became one of the most intriguing characters in her book. In fact, Voigt wasn’t convinced about writing about tropical fish until she met Bleher.

“In Heiko, I saw a character fascinating enough to carry a long narrative. He is someone who couldn’t be figured out easily,” says Voigt. “I also suspected that Heiko would lead me to great action, which he did – though not at all how I imagined it.”

Certainly the stereotype of a scientist in a white coat and safety glasses in a lab is true, but scientists come in all forms (and uniforms). But one thing they generally have in common is that their work comes first, and communicating that work’s outcome second. Sometimes they need a translator, someone who can tell their story in plain English for the rest of us. And sometimes they just need someone to sort through all the noise and constant discoveries to curate what really matters in the field.

Writer Hallie Siegel decided to help found Robohub, a “nonprofit online communication platform,” because the overwhelming amount of information being reported in the robotics industry made it difficult to distinguish between good, bad, and just plain false content. Since robotics is an interdisciplinary field, coordinating the varied voices from robotics professionals was challenging but necessary. “Robotics is about system design and making systems work together,” says Siegel. “So you have to be able to communicate clearly between all the disciplines.” Assembling viewpoints and clarifying the language of highly technical people is essential, says Siegel, because it empowers people to make informed decisions.

Ultimately, a science writer’s job is to translate science into English, says Fleischman, editor of the American Society of Cell Biology. “Every experiment is a story. There’s a beginning, middle, and the end. There is a reason why it was done, the way it was done, and what it ultimately means.” That’s the story. Unfortunately, says Fleischman, scientists are not trained to think in those terms. It’s up to the science writer to find the narrative and make science accessible.

So ask yourself: Would you know about climate change, genetics, or robotics without the science writer? Probably not. Which is why science writing is so essential to a modern society. “We all need the navigation skills that a basic science understanding can bring to us,” says Blum, “so we can make smart decisions for the future.”

Tips from the experts

“I try not to overdo it [when using analogies]. I’m selective about it and very strategic about where visual cues might help to explain a difficult concept.” —Melissa Pandika

“When I interview a scientist, I tend to over-prepare. I bone up. I read their papers. Then I go to the interview and, a lot of times, I realize the story that they have to tell is not the story that I was prepared to tell. So be open to whatever new information comes your way and follow that storyline.”
—Jennifer Ackerman

“Scientists are often suspicious about whether or not you know what they are doing. So do your homework. Use Google Scholar, cross search it for their citations, [and] then build a research picture of the scientist and their work.”
—Deborah Blum

“Reading scientific papers can be overwhelming because there is a lot of hard-to-understand detail, math, and words. I start first with these sections: The abstract, which summarizes key points; the introduction; any sections dealing with the work’s relevance; [and] then the conclusion. Then I go back and read the whole paper.” —Hallie Siegel

Rebecca Hill is a freelance writer who writes on science education, robotics, artificial intelligence, education, literacy, and parenting/family issues. She has been published in a variety of national online and print magazines. Web: rebeccaahill.com.