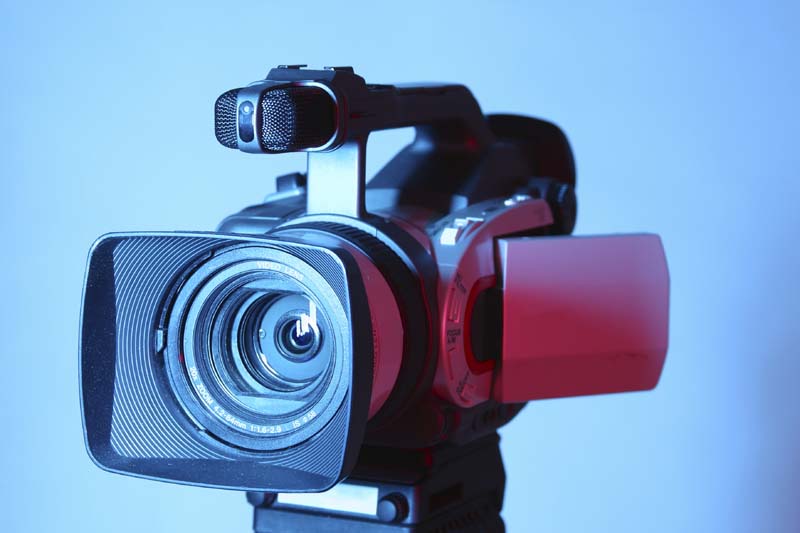 I used to hide behind my notebook. Whenever I interviewed someone, all my attention was focused on my source – never on me. Many of us work alone or in an isolated space, and we are rarely the subject of the stories that we write. However, for writers and journalists who have built a platform or are promoting a book or other piece of work, becoming the interviewee is a possibility.

“The Internet is forcing us to be video savvy,” says Jen Singer, a freelance writer and blogger who has become a spokesperson for several top brands. “I knew that I was going to be on radio and on television, so investing in media training made sense for me. It helped me relax and focus on the points I wanted to get across.”

Singer also learned some tricks of the trade by creating her own short vlogs with a webcam for her website, rehearsing her talking points in the shower. But springing for media training took her on-camera presence to the next level.

“I learned how to talk in sound bites,” she says. “As writers, we know good quotes when we hear them. I often get the lead and end quotes of a story thanks to this way of thinking.”

If you are asked to do an on-camera or recorded interview and feel some discomfort with the process, embrace these tips and learn how to be on the other side of the interview.

If you get a call to do a radio show, the first question should be about how long your particular segment will be. Next, get familiar with the program.

“Always listen to the show beforehand,” advises Michele Wojciechowski, an award-winning writer, humorist and author of Next Time I Move, They’ll Carry Me Out In a Box. “Being prepared is essential.”

Wojciechowski makes a list of important information that she wants to include in her interview and prioritizes the most important points. When she is doing a radio interview over the phone, the list is right in front of her. When she is being interviewed in a studio or on camera, she reads her notes a few times, making sure she remembers the key points before the interview begins.

“You never know how much time you really have,” she says. “If your segment is 12 minutes or longer, the show may be cut for breaking news. Get those important points up front.”

The more research you can do about the show and its habits, the better, advises Rachel Weingarten.

“If it’s a print or online publication, read stories that the reporter wrote. If it’s a television, cable, radio or Internet show, watch and listen to the host. Really study the show,” says Weingarten, author of Ancient Prayer: Channeling Your Faith 365 Days of the Year. “Listen to how the journalist or host interviews her subjects.”

Understanding hosts’ quirks and tendencies is key, along with staying true to your mission and reputation, says Singer.

“Sometimes, the host will have someone take one side, and they need a second person to take the opposite point of view,” she says. “In those instances, I may decline. I tell them my opinion and won’t go on a show just for the sake of being on a show. I don’t ever try to be someone I’m not. You’ve built this brand and should be true to it.”

Sometimes an interviewer may ask a question you don’t want to answer or even veer into the territory of dominating the conversation. Stay calm, and try to anticipate what is coming.

“If someone is rattling on, I usually keep quiet,” says Wojciechowski. “If you interrupt, and if the host has a loyal following, you will be the one that looks rude. Usually, when I get quiet, the interviewer will stop and realize that she didn’t let me answer her questions.”

For questions that you don’t want to answer, you can steer the conversation your way by stating a point that you want to convey.

“You have to think of your talk as an intimate conversation, whether you are talking to one person in a studio or addressing a large audience at a conference,” says Weingarten. “Make a connection with your host and with a few people in the room. By having a conversation, you will relax, have a good time and get your points across.”

Being prepared, taking deep breaths before you go on and connecting to one or more person in the room are all great ways to relax before an interview. Singer took media training to get the trill out of her voice, which would occur whenever she got nervous. She was instructed to think about something that made her happy and relaxed; she thinks about her kids.

Wojciechowski says to make sure to not get tripped up by people in the audience. When she is not working as a freelance writer, she does stand-up comedy.

“Sometimes when you are on stage, you can’t hear what the audience is saying,” she says. “You may notice a few people looking at their cell phones. You never know what is going on in people’s lives. So don’t take it personally.”

She remembers at one of her talks there was a woman in the front row with a sour look on her face. She kept worrying why the woman looked so mad. But at the end of her talk, the woman came up to her and enthusiastically thanked her for a great performance.

Connecting with a handful of people when you give a talk in front of a large audience, asking people questions and really listening to their answers are all ways Weingarten keeps calm.

“You also have to look the part,” she says. “When you are in front of a camera or large audience, dress for the part. You can take your cues from the host. See what she wears by watching her ahead of time.”

Grooming is important, too. Not all shows have makeup artists, so it is best to bring your own makeup – whether you’re male or female. At the very least, pack powder so your face doesn’t appear shinny on camera. If you are uncomfortable wearing makeup and know you are going to be doing more TV, take a few makeup lessons. Feel comfortable, know your material and have fun with the process.