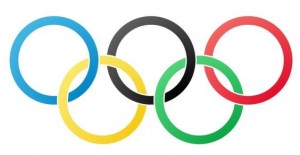 The Olympics brings with it a host of new terms and titles that many journalists don’t use regularly, and writers who don’t normally cover sports are writing athlete profiles and compiling scores. There’s sure to be a lot of flipping through the AP Stylebook and mad Googling to decide whether to hyphenate, capitalize or pluralize.

Covering the Olympics or sports in general for the first time? Make sure to give this list of style tips a read before you turn in your first article.

Now that you’re officially a sports writer, make sure to refer to yourself correctly using two words, contrary to Merriam-Webster’s preference for the one-word spelling.