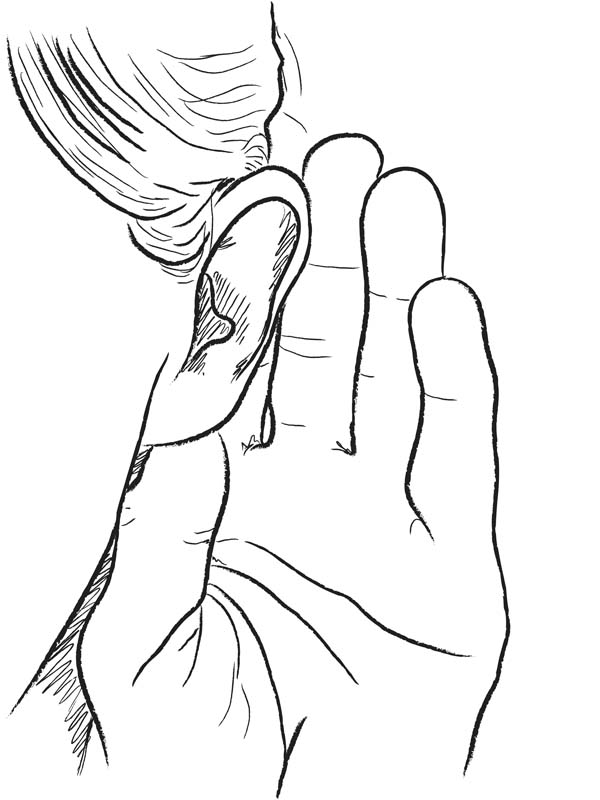 Headphones give me headaches. Music isn’t the culprit; the sound of talking, not tunes, fills my ears and numbs my brain.

Although I write books, blogs and articles, I spend most of my time producing documentaries. When your story’s vehicle is video, you have little choice but to record every conversation you can. A one-hour documentary usually involves 60 or more hours of taped images and sound. Lengthy interviews are common, and on-camera chats must first be transcribed before a script is written.

I do have options. If the budget allows, I could hire someone – or use voice transcription software – to convert all that talking to text. If, instead, I log the interviews myself, I could selectively summarize and/or skip some sections altogether.

But invariably, obsessively, I take the long road. For most every interview I conduct, I strap on headphones to watch and transcribe every frame of every conversation I record. Dull? Sometimes. Exhausting? Always. Worth it? Without question.

Here’s why. My compulsive stenography helps me pay closer attention to something every writer wants to learn: how real folks really talk. Because, as it turns out, real talk isn’t real easy to reproduce. As screenwriter Don Roos tells David S. Cohen in the book, Screen Plays, “In real life, people talk to conceal how they feel, not to express it. And when we do express how we feel, it’s often extremely ineloquent.”

Let’s take the second point first. Few of us speak with clarity and precision. We start and stop. We digress. We interrupt. We assume unspoken thoughts or truths. We mangle phrases and screw up syntax. Our rambling conversations switch tense, switch gears, switch directions. The way we talk rarely resembles the way we write. And nothing rings less true – in fiction or nonfiction – than articulate dialogue.

For proof, I need only compare the occasional times I try to reconstruct conversations from shorthand notes with other interviews I’ve videotaped and transcribed. Note-taking produces oddly eloquent phrases, often free of qualification or uncertainty. Even worse, it tempts me to inject phrases more typical of my own speaking style than that of the subject. The resulting “quotes” are often too clean, too pat.

And then…there are…the pauses. Great orators know that a well-placed pause can offer effective emphasis. Watching videotape, I’m struck by how often many of us use this technique. Sometimes, we’re searching for the right word. Other times, we change cadence to reestablish eye contact. Occasionally, we stop to gulp or take a revealing breath or an even more revealing sigh. Short sentences. They highlight pauses. They convey emotion. Sometimes powerful emotion.

Roos’ second point is that we often talk to conceal, not reveal, how we feel. In badly written dialogue, characters too easily blurt out information most of us would hold close to the vest. But real-world conversations are a tango, in which truths are revealed slowly, if at all.

Watching a video interview makes this pattern more apparent. In a typical back-and-forth conversation, the subject makes a statement and then measures its impact. On the screen, I see eyebrows rise or fall, eyes narrow or widen, heads nod or shake. As the subject absorbs reactions, he or she may kick assertions up or down a notch, depending on how the previous declaration was received. The next phrase often begins with a qualifier, like, “you might not agree, but…” or, “are you with me?” or simply, “you know?” Dialogue with those incremental touchstones reflects reality: Most of us spill our guts slowly and ever so reluctantly.

As you might guess, literal transcriptions don’t necessarily make compelling dialogue. Every journalist cleans up quotes, like, you know, those quotes littered with “you know” or “like.” Speakers who, when given the chance – and by chance, I’m reminded of a time when I was at the racetrack – who endlessly digress – which reminds me of another time…. You get the picture.

More problematic are attempts to sanitize the speaker’s grammar. Isn’t for ain’t? Swimming for swimmin’? Standard American English for vernacular English? Euphemisms for obscenities? My years in front of the video screen make me less and less inclined to scrub someone else’s speech patterns to conform to my own. Sentences spoken in less than the King’s English are usually a far better reflection of a subject’s meaning and intent. And, frankly, they’re usually more interesting to read.

I’ve now reached a point where I prefer, whenever possible, to record all my interviews on video, even when quotes are headed for print instead of broadcast. Fewer and fewer people are uneasy with a camera in the room – Skype is another option – and the extra time needed to establish on-camera comfort is a cost usually outweighed by the extraordinary benefits of deeper, richer and more nuanced quotes, including notations for those otherwise invisible shrugs and nods.

Now, if you’ll excuse me, those darned headphones are calling. I need a hug.

Jack Hamann is a producer, filmmaker and author. He and his wife Leslie are working on a book about the unexpected consequences of a little-known 1950s cross-country journey.