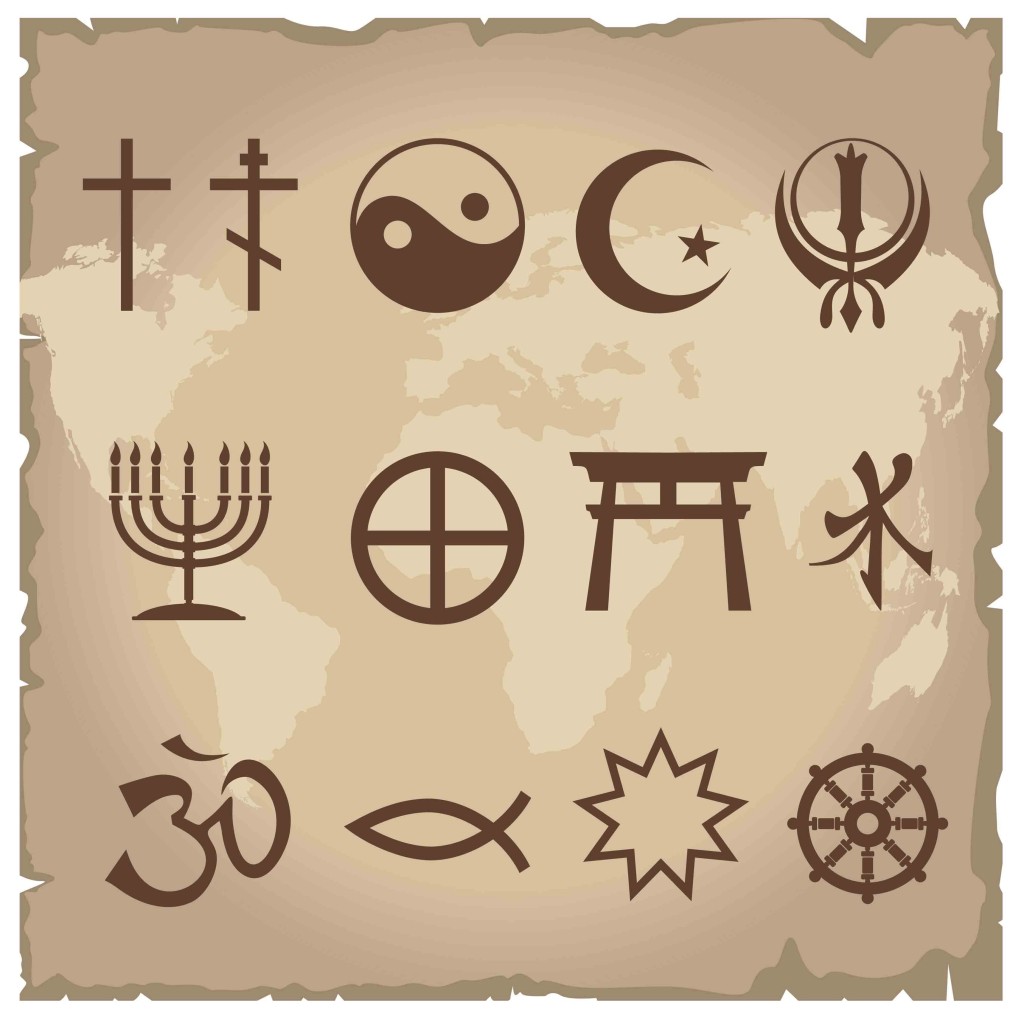 Religion weaves its way through almost every aspect of American society, but writing about faith can daunt some of the most courageous writers.

How do we write about our own faith without sounding preachy? How do we avoid offending others when we write about their religion? How do we develop an original idea, particularly when many personal essayists want to write about how they found or lost their faith?

Now, perhaps more than ever, religion dominates news in America, but as polls show, most of us are fairly ignorant about religion. In a 2010 Pew Research Center survey of adults age 18 and older, respondents answered only half of 32 questions correctly about religion. Just 45 percent knew that Friday is the start of the Jewish Sabbath. Barely half knew that the Dalai Lama is a Buddhist. The question that tripped up people the most? What is the religion of most people in Indonesia – Islam, Hinduism, Buddhism or Christianity? Just 27 percent knew Islam is the right answer. We tend to make a lot of assumptions about religions.

So how can writers do justice to such a touchy subject? Try some rules of thumb stemming from my experiences and those of two veteran religion writers, Jaweed Kaleem, the senior religion reporter for The Huffington Post who has written about religion for six years, and Bob Smietana, president of the Religion Newswriters Association and a religion writer since 1999. In March, Smietana, a co-author of three books on religion, became the senior news editor of Christianity Today.

1. Assume nothing when it comes to identifying someone’s religion.

“If somebody says they’re Christian, ask what that means to them,” advises Kaleem, a Muslim who notes that his own religion has several strands, as do Christianity and Judaism. A Christian, for example, could be a Catholic or Pentecostal or evangelical.

2. Err on the side of overexplaining.

When I was working on my book about religion, my editor wisely nudged me to be specific on every religious reference, whether it was explaining the difference between a burka and abaya or defining what a congregational church is.

Ask someone what his or her title is, because a minister may go by Pastor or Reverend, rather than Father. Get it wrong, and you lose credibility. “The small things really matter,” says Smietana, an evangelical Christian who once thought of becoming a minister.

4. Avoid being judgmental even if your beliefs run counter those of your interview subject.

“You’re not trying to win. You’re just trying to understand them,” Smietana says. While I was reporting in southeast Texas for my book, an evangelical Christian pastor asked if I had accepted Jesus as my savior. I’m Jewish. Rather than bristle, I told him I preferred to keep on my journalist’s hat.

5.  Know what you’re writing about.

It’s fine to ask questions to ascertain a title, but it’s also good practice to research an unfamiliar religion. To learn more about Sikhism, I read books and visited a Sikh temple. Huston Smith’s book The World’s
Religions, Our Great Wisdom Traditions is a great primer on many faiths.

6. Use more than one way to find stories.

7. Look at religion as more than just a vehicle for people to
pray and practice their faith.

It is fertile ground for stories on many topics, including how religion affects politics, education, healthcare and relationships.

8. Pay attention to the money.

Smietana, who is also the former religion reporter for The Tennessean in Nashville, spent years writing about attempts to block the construction of a mosque in Murfreesboro, Tennessee. He found numerous stories in the tax returns of nonprofit groups opposing the mosque.

9. Interested in writing personal essays? Find a way to make your story stand out.

A news hook can help, and Smietana points to an essay by Ana Marie Cox in The Daily Beast as an example. Her piece “Why I’m Coming Out as a Christian” describes reactions to her when she revealed her closer relationship to Christianity. She also linked her story to current events, including renewed debate about whether President Obama is really Christian.

10. Realize that every religion has several layers.

Religion’s complexity makes it a fascinating topic for a writer. Dig deeply for the unexpected stories. In 2013, Kaleem won the feature writer of the year award from the Religion Newswriters Association for a collection of stories on various faiths. One story was headlined, “The New Radical Islam: Progressive Muslims Launch Gay-friendly, Women-led Mosques in Attempt to Reform American Islam.” The story found him after he received an invitation to a reception that included a progressive Muslim organization and a gay rights group.

Linda K. Wertheimer, a former education editor at The Boston Globe, is the author of Faith Ed, Teaching about Religion in an Age of Intolerance, which will be released by Beacon Press in August.

How well do you know religions of the world? Here’s a sampling of questions from the Pew Research Religious Knowledge Quiz.
To take the full quiz and read the report, visit: PewForum.org.

Which Bible figure is most closely associated with leading the exodus from Egypt?

What was Mother Teresa’s religion?

Which of the following is NOT one of the Ten Commandments?

a. Do not commit adultery.
b. Do unto others as you would have them do unto you.
c. Do not steal.
d. Keep the Sabbath holy.

Is Ramadan…?
a. The Hindu festival of lights
b. A Jewish day of atonement
c. The Islamic holy month

In which religion are Vishnu and Shiva central figures?

a. Islam
b. Hinduism
c. Taoism

What religion do most people in Pakistan consider themselves?

Linda K. Wertheimer, a former education editor at The Boston Globe, is the author of Faith Ed, Teaching about Religion in an Age of Intolerance, which will be released by Beacon Press in August.

Add to Favorites Advertisement “There is nothing insignificant in the world. It all depends on the point of view.” – Johann Wolfgang von Goethe What … END_OF_DOCUMENT_TOKEN_TO_BE_REPLACED