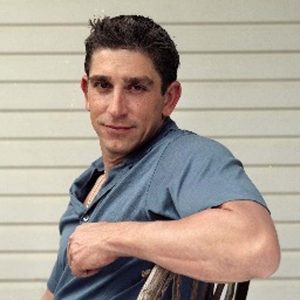 In January, Richard Blanco stepped onto the American stage in one of the most historic events in the life of the republic: Inauguration Day. He rose confidently to the microphone and stood before millions worldwide and did something rare and wonderful. He read a poem. And not just any poem. He read “One Today,” in which he describes a nation of people deeply, richly and at times painfully connected by the sun above their heads and the ground beneath their feet, and all the workplaces, playgrounds, farms, deserts and cities between. Blanco likes to say he was “made in Cuba, assembled in Spain and imported to the United States.” He will be written about in the history books as the first openly gay, Latino, immigrant and youngest (so far) inaugural poet. His undergraduate training is as a civil engineer – a poetic conceit if you consider the role of the poet to build the byways of our cultural infrastructure. But he quickly veered into creative writing. Blanco, who grew up in Miami and lives in Bethel, Maine, has published four books of poetry, including last year’s Looking for The Gulf Motel. His work has been anthologized in several publications, including The Best American Poetry 2000 and Great American Prose Poems. He spoke with me in late January from his home in Maine.

What is the origin of a poem for you? How does it come to you?

A poem for me often begins with an overwhelming feeling or sensation, something I can’t quite put a finger on. It’s midnight and I hear a train whistle, or I catch my mother cooking dinner in some way that seems so evocative, and I start getting misty. It comes from a very emotionally centered place. I don’t know what that moment means exactly, but that’s when I start a poem, which is different from how I write prose, when I want to tell a story and I have a sense of where this is going. A poem for me is one big fat question mark that enters my heart, and I have to start figuring out not what the answer is but what the question is. It’s a way of examining life, my life, and the life I have given witness to. That’s how it begins – the strong overwhelming emotion that has driven me to put something on paper.

Sounds like a poem comes to you and then you back up from there. Do you think the poem is predetermined inside of you, and it’s your role to discover it?

Yes. There’s something at work subconsciously, and the poem is a way to work that out. Poetry certainly can be therapeutic. I learn a lot about myself and the world in the poems I write. Sometimes that takes five years. Sometimes it takes five minutes. But the poem is there in you. It’s a process of stopping life and saying I’m going to focus on this for a minute and I’m going to figure out what it means instead of moving on to the next phone call or text. It’s a pause.

How did you learn to take those pauses?

Like with most artists, it’s probably innate. As I get older it gets harder for me to do because there are so many distractions and responsibilities. I was a quiet child and more of an observer than participator. Some of that magic and beauty – and sad beauty, too, that just compels me – and growing up in an exile community with my parents, there was always nostalgia and melancholy in the air I was able to pick up on. I knew there was something these people’s hearts needed to say. I think I was a very sensitive kid, and it always stayed with me. I think it makes me a pretty good judge of character.

You went into civil engineering as a career. What do building cities and crafting poems have in common?

There’s a lot of periphery BS around both careers. But I get just as excited about writing a poem as I do about conceptualizing a streetscape plan for this town. There is a common denominator of creativity. In engineering, that creativity gets translated into calculations and plans that make that vision come to life. But poetry has the editing and revision process that’s not always in a creative high – and you have to do some calculation and logic in the end to create that reality.

Your poetry is so evocative, and you develop beautiful images and vocalizations like “the plum blush of dusk” for your inaugural poem “One Today.” Do those types of progressions – such as that trail of soft “u” sounds – just show up for you, or do you go searching for them?

Part of it comes to you, but a lot of it was crafting. My friend Nikki Moustaki and I workshopped the hell out of that poem. That’s a month’s worth of workshopping in four days. I couldn’t decide if I even wanted an article. I would like everyone to know that I had to reach out to several people who are readers, but mostly Nikki, who is a writer as well. It was amazing how we had to come together in the way the poem speaks of people having to come together to make anything happen. We graduated from M.F.A. programs, and we’re so used to working together and then all of a sudden you’re out in the world, you forget that writing in a vacuum is not the best way to do things. This is historic. We need to rely on each other because it’s part of the energetic elements of it. As the poem was crafted more and more, the better lines started coming through. Let’s replace this with an image. That sounds off. I don’t like that verb. The poem in itself was still the same concept but it was crafted into the best poem it could be as opposed to the initial draft.

So many people think the arts are only about the muse. But they’re also about solving structural problems and creating vocabulary.

There is an initial spurt of creation and inspired revision, where you get back into the flow of it. But there’s also a certain point where you become the wordsmith, and you can’t rely on the muse.

I ask for creative moments. They find me, but I also ask for them. By that, I mean it’s so easy to go about your day and not pay attention or just get caught in your own anxieties and lists of things to do. It’s always a struggle back and forth to get to that center where you can receive and invite those moments, and get your eye to focus on something you’ve seen a million times. To get into that space energetically and mentally is what I try to do, and let those moments happen. It’s a constant struggle, of course.

Is there something you do that keeps you balanced in your life as a poet?

I don’t like a lot of noise. The constant connection with nature helps me to maintain that balance. I am pretty much an introvert. But people inspire me terribly at the same time, and I have to always remember to seek out people. I like intimacy, intimate moments, and I create those spaces with other people and nature. I don’t like hoopla. That’s me. Some people thrive on the noise and the gorgeous din of our day. I think I just quoted myself.

What do you hope will last from that moment of standing in front of the world reading poetry at a time when so few people stop and listen to the storytelling of poets?

I hope for a real and lasting interest in poetry. I think poetry is a very misunderstood form, as least in my day and age. I’m not that old. I’m the youngest inaugural poet. But I have a vision of America where poetry was so much more a part of the daily life. All the popular magazines used to publish poems. I don’t know where the disconnect happened. I guess with a lot of the arts in America, there has been a disconnect. But I would hope people will realize that if they had a bad experience of poetry at some moment, that there are many different kinds of poets writing, many different flavors of poetry. Like I’ve told my students: If you go to a movie and you hate the movie, you don’t say, I hate movies. Somehow people have a bad experience with a poem and think all poetry is insane. I hope they take with them that there are very contemporary authors writing about things that are tangible and part of their daily lives in cultural and socio-economic contexts and all sorts of contexts. There’s a poet for almost every walk of life in America.

Maybe your poem will help bring us back to that.

I see that as a cause. I’m not sure where all this is going. But it may give me a platform to do something and get to kids in middle school and grade school and high school – not necessarily to become writers but to appreciate poetry, to give them something of their day and age, and turn them on to poetry. So when they’re 20, they aren’t so intimidated or afraid of poetry. I want them to be comfortable.

Not a study or a den, but El Florida
as my mother called it, a pretty name
for the room with the prettiest view
of the lipstick-red hibiscus puckered up
against the windows, the tepid breeze
laden with the brown-sugar scent
of loquats drifting in from the yard.

Not a sunroom, but where the sun
both rose and set, all day the shadows
of banana trees fan-dancing across
the floor, and if it rained, it rained
the loudest, like marbles plunking
across the roof under constant threat
of coconuts ready to fall from the sky.

Not a sitting room, but El Florida, where
I sat alone for hours with butterflies
frozen on the polyester curtains
and faces of Lladró figurines: sad angels,
clowns, and princesses with eyes glazed
blue and gray, gazing from behind
the glass doors of the wall cabinet.

Not a tv room, but where I watched
Creature Feature as a boy, clinging
to my brother, safe from vampires
in the same sofa where I fell in love
with Clint Eastwood and my Abuelo
watching westerns, or pitying women
crying in telenovelas with my Abuela.

Not a family room, but the room where
my father twirled his hair while listening
to eight-tracks of Elvis, read Nietzsche
and Kant a few months before he died,
where my mother learned to dance alone
as she swept, and I learned salsa pressed
against my Tía Julia’s enormous breasts.

At the edge of the city, in the company
of crickets, beside the empty clothesline,
telephone wires, and the moon, tonight
my life is an old friend sitting with me
not in the living room, but in the light
of El Florida, as quiet and necessary
as any star shining above it.

“El Florida Room” from Looking for The Gulf Motel, by Richard Blanco, © 2012. Reprinted by permission of the University of Pittsburgh Press and the author.