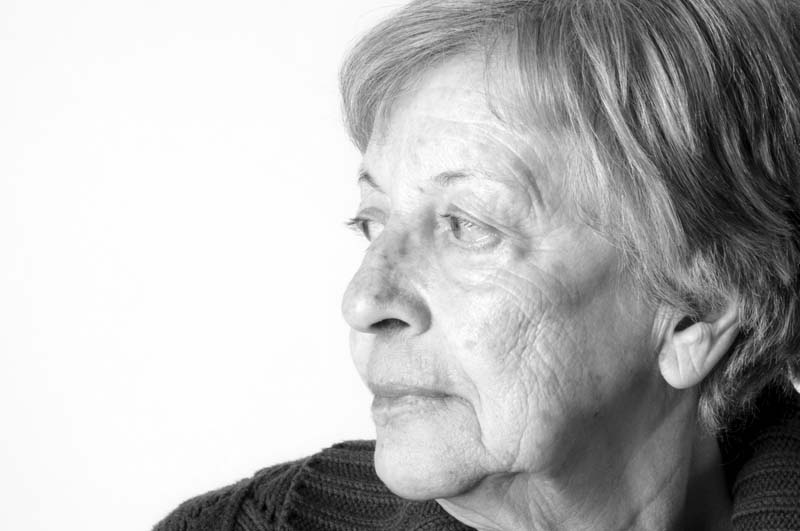 The poems that day are being passed around the big table at the 92nd Street Y senior poetry-writing group in Manhattan. Gusts of laughter send them on their way. Women’s laughter. The only man with a poem to read is no laughing mood. He is ill with pancreatic cancer.

I first thought of writing about seniors and poetry after reviewing two books on aging by poets: Alicia Ostriker’s The Book of Seventy and Shirley Kaufman’s Ezekiel’s Wheels. Their poems, works of perception without illusion, posed an important question: What does life get filled with as it’s being emptied?

Permission to sit in on senior poetry writing classes involves all sorts of hesitations and stipulations: no taping, no photographing. The students are protected like vestal virgins. A septuagenarian myself, I transgress almost immediately by uttering the forbidden “o” word. “We say seniors here, not old,” I am told.

The poet Fran Richey, author of The Warrior, a book of poems on her soldier son in Iraq, teaches the class. She comes across as an insightful, supportive older sister, although she is roughly 25 years younger than most of her students. Richey distributes the same writing exercise on poetic rhythm that Theodore Roethke gave his students. The exercise includes sections on line breaks and slant rhymes.

Her students have paddled beyond the shoreline of poetry, and the water is deepening around them. The work read this day shows the marks of that deepening: the deft handling of narrative, uncluttered free verse and, in the case of one poet, a leap into mystical song with her poem on tai chi:

Hail, thou cosmic force of Yin and Yang/Contracting and expanding/Spiraling and turning/To the heartbeat deep inside this ancient earth/Where air is fluid, tangible like water.

The word “old” may be forbidden here, but the poems on aging are the strongest. They define a world I know contained in worlds I don’t know. They are made of the creative subsoil of the aging experience, but being good poems, they reside in the mystery of experience itself.

The first poem by a woman with a walker is untitled. It is an example of myth-making in solitude, with the poet using all the distressing and confining physical material at her disposal to make a poem successful. She reframes benignly, through the device of imagined dinner parties, the pall of the Hitler-Stalin period.

These days I’m
spending more time
alone in my house.
Sickness, of course,
is responsible
for my indoorness.
I’ve decided to fight
the boredom by creating
mental dinner parties
complete with invitations
to such people as
Franklin Delano Roosevelt
Winston Churchill and Harry S. Truman.
I send, they receive.
Do they believe? No matter.
I have Harry and Franklin alive at the same moment.
It’s more interesting that way.

The poet, who is 80, gives history the remake she cannot give her body. After class, she tells me that daytime is an off time for her poetry. Her best stuff comes to her at 3 a.m., the hour this poem was born.

“When I awoke, I was ready,” she says. “I once read an article in The New York Times about Stalin not knowing about the atom bomb, so I decided to put him in the poem.”

Richey says the poem reminds her of Galway Kinnel’s “Oatmeal,” in which the poet imagines having oatmeal for breakfast with John Keats. She mentions other poets over the course of the afternoon: Richard Wilbur, Louise Gluck. They need no introduction. The class is linked, through practice, to the larger poetry world.

Another poet’s solitude takes her in a different direction. Her poem “Still” serves as a hymn for all the 60- and 70-somethings who scale the rock face of dating sites.

But…
my heart still has a vacancy.

“This is a poem,” Richey reflects, “in which worlds are expressed in just a few lines.”

“My poems are all short,” the poet tells me when we speak. “Less is more.”

It wasn’t always like that. The woman speaks of how hard writing poetry was in the beginning, her disbelief now when she stumbles upon her early poems. “I used to write in rhyme. Now my work has poetic rhythm. I have evolved,” she says.

She reminds me of myself, when I was in my late ’60s and my brother Aryeh drowned. I had to find a new language that went beyond the tame stitching of prose. For a long time, that language wouldn’t come to me except as a parody of itself, for it mimicked the many notions I had about poetry, before it finally found its own voice grottoed in silence.

When it comes time for the man to read, he hits us with the antithesis to romantic longing and historic invention. Yet like the two other poems, his is straightforward and closely cropped, the need of even the enraged old poet to simplify.

A person could get angry
First congenital birth defects
Then spinal stenosis
Now pancreatic cancer
Why me?
What’s next God?
Locusts?

At the Y, the sound of the risen Job. A contemporary man, running out of time, writing ancient poetry. An old man, through his poetry, cracking open truth with the last of his strength.

Robert Hirschfeld is a freelance writer who reviews books of poetry for The Jerusalem Report and has written about poetry and poets for Teachers & Writers Magazine, Sojourners and The Progressive. He is 73.