The world of poetry can be an insulated one in which writers feed off of each other’s creativity, emotion and spirit. We asked some of the best poets in America about the poets and poetry that have influenced and inspired their own writing. 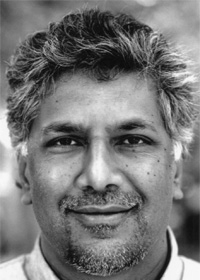 “I’m asked a lot about influences, and I usually respond in different ways. Sometimes I will  say Yeats, when I’m feeling nostalgic about my first deep encounters with poetry. Sometimes I will say middle-period Robert Lowell and all of Elizabeth Bishop after her first book, when I’m thinking technically. Sometimes I will say Ella Fitzgerald, because her ease combined with her purity and accuracy seem to me the model of all aesthetic virtue. Sometimes, when I’m willing to recognize that I live in a period of history, I will talk about the Ashbery of “The Double Dream of Spring” or Mark Strand. Preponderantly, though, I would probably say Whitman – not because I’m anything like him (who could be like Whitman?) but because of the frankness of the scope and the scale, because of his willingness to take it all on. He really is the true teacher in that way. Go for it, Whitman always says, which is something every poet should say to him or herself when he or she sits down to write. “Song of Myself” is still my favorite piece of literature.”
—Vijay Seshadri, 2014 Pulitzer Prize for Poetry winner, 3 Sections 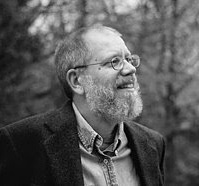 “There are poets and poems I return to regularly when I am writing—Wallace Stevens’ Auroras of Autumn, H. D.’s Trilogy, Elizabeth Bishop’s “The Moose,” Hart Crane’s “Proem” to “The Bridge,” Hopkins’ sonnets – but while writing Crow-Work and a forthcoming book Augury I have been reading a great deal of work in translation: René Char, Jean Follain, Anna Swir, Paul Celan, Zbigniew Herbert, Wang Wei. When I look at the list I just mentioned, I notice that each of these poets in translation (and I know them only in translation) manage to use the confines of the lyric space to attempt things a more expansive and expository poetry might, yet the poems remain lean, spar, austere and somehow radiant with mystery and the withheld. These are qualities I admire in these poets and can only hope my poems evidence my apprenticeship to their poems. “
—Eric Pankey, Crow-Work 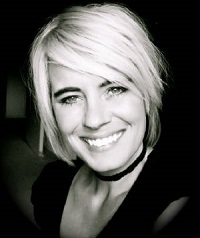 “As a child, I stumbled upon the work of James Whitcomb Riley. I can’t remember where or how, whether I was in school or saw a book at the library. Around the age of 13, my mother, knowing my love for Riley, discovered his collection Love-Lyrics at an antiques store in Phoenix. I own this book over 30 years later and still consider Riley the founding father of my own ascent into poetry. In Riley’s words, I found emotions I was certain I felt too; I discovered topics I’d yet to experience, such as romantic love, death and grief, complexities of the heart too profound for a child of 13 to possibly grasp, but those complexities did not stop my heart from pounding in my chest or the tears from gathering in my eyes. I believe that Riley inspired me to be honest and unafraid, and taught me that a poem about something as simple as the fall of a lover’s hair was nothing short of a celebration.”
—Lisa Zaran, If It We

“I love so many poets, but perhaps the poet who has influenced me the most is Bernadette Mayer. I came to her work later as a reader of poetry, in my early 20s, but once I grabbed hold of her voice, I never let go. I felt an instant kinship with her from second one of reading her and have strived to write poetry like her ever since. What Mayer does is to combine the ragged beauty of everyday conversation with a classic lyricism to bring about a jagged song that is horned, multi-layered, and singular. And she does it all with a constant wink to both past and present readers, and most importantly, to all of her future ones as well. I think all poetry should do what she does so immeasurably well.”
—Dorothea Lasky, Rome 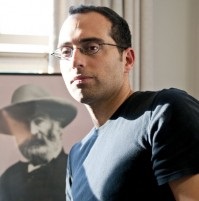 “When I read  Muriel Rukeyser’s The Book of the Dead many years ago, I felt deep in my marrow the beauty and necessity of it. Employing a range of poetic forms (from blues to sonnets to documentary found poems employing court records), Rukeyser honors the voices and stories of West Virginia miners and their families who struggled to make sense of why they were dying from silicosis. Rukeyser may well be the secret grandmother of poets C.D. Wright and Carolyn Forche and Mark Nowak and Claudia Rankine; her poem granted me the grand permission to see writing as a medium for voices that typically are marginalized or excluded from poetry and literature.”
—Philip Metres, Sand Opera 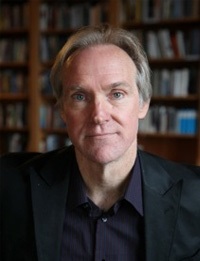 “For me, influence means much more than literary inspiration – it also includes spiritual and moral inspiration. In my most recent book, each section begins with an homage that pays its respects to a person, or a way of writing, or both. The people mentioned in the poems – Zinedine Zidane, the ethnic Algerian, French soccer player; Basho, the 17th Century Japanese poet; Mary Hamilton, the subject of an old Scots border ballad and Cesar Vallejo, the Peruvian poet – are all outsiders whose path through life eventually pits them against a hostile authority. For Basho, underneath the Buddhist pieties, I admire his precision, the absence of emotional bilge in his portrayals of prostitutes and beggars he meets along the road. And in the case of Vallejo, I love how his oblique, linguistic wildness inoculates him against ‘cause poetry,’ even as it takes on his imprisonment as a political agitator, and his devotion to the Spanish Civil War.”
—Tom Sleigh, Station Zed 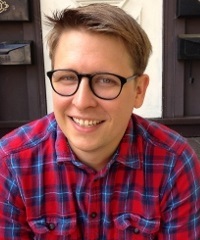 “My first memorable encounter with poetry occurred my senior year of high school. Another English teacher stopped into our class, in what seemed like a whim, and read us a Browning poem (I think it was a love poem). I don’t remember the content, but I remember being hit in the chest with it, it unscrewing my head. It struck me dumb; I was almost weepy. It was beautiful, but I could not articulate the nature of its beauty. While Browning hasn’t really influenced my poetry – at least, I don’t think he has – I chase that effect, an ineffable force that is less transcendent than immanent, so immediately human: not a language of experience, but language as experience. Mostly I go to Hopkins and Dickinson for it. Lately, I have been turning to William Bronk. These writers are influences like gravity is an influence.”
—Jordan Windholz, Other Psalms 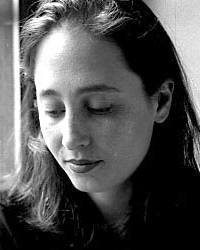 “It’s tremendously important to me to read the work of my peers, especially women writers and especially women writers with children. Reading contemporary work makes me feel like I’m writing in conversation with other poets, that I am not alone. There are also many older poets whose poetry has been essential to my work (and my life). I wrote a memoir, MOTHERs, about my relationships with other poets. James Schuyler, Wayne Koestenbaum, Sharon Olds, Adrienne Rich, Jorie Graham, Brenda Hillman and Alice Notley. I love the strength, confidence, strangeness of Notley’s work. The bigness of it. I also admire her long, intense writerly life. I am currently rereading all of Louise Gluck and Anne Carson. I love language and can’t love poems that don’t do something incredible with language, but poetry, for me, is also about how to live a life. Poetry helps me live my life.”
—Rachel Zucker, The Pedestrians