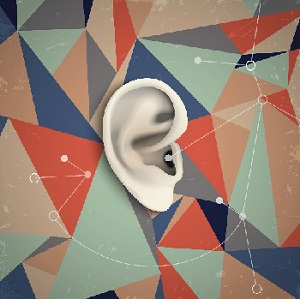 A reading lamp. A rocking chair. A bookshelf.

Amid all that color, all those sweetly satisfying titles, we select a weirdly named book in black and white. The cover of Shel Silverstein’s Where the Sidewalk Ends features two kids and a dog on peril’s precipice. Line drawings instead of lavish illustrations. Subversive instead of safe. At 14 months, Alice should be too young for this book, but Sidewalk remains our favorite granddad/granddaughter bedtime treat.

Sidewalk resonates because Silverstein wrote for the ear. Purposeful rhythm. Calculated pace. Challenging riffs. Delightful melodies. Words selected as much for their sound as their meaning. Sound becomes meaning.

No surprise, then, that Silverstein – who died in 1999 at age 68 – also wrote songs. Chicago born and raised, he had a gift for expressing pathos, pain and wordplay that attracted country music collaborators such as Johnny Cash, Loretta Lynn and Waylon Jennings. Silverstein’s “A Boy Named Sue,” performed by Cash, earned Best Country Song at the 1970 Grammy Awards. Grammy in 1984 for Best Children’s Recording went to Where the Sidewalk Ends.

Lyricists compose for public performance. Few print writers, however, deliver their manuscripts out loud. Asked to read excerpts during book tour events, I’ve been startled by how stilted some of my phrases sound. A bit embarrassed and eager to make amends, I edit on the fly. Here and there, I substitute a more conversational – and better-sounding – style as I recite to unsuspecting listeners. Eyes in the audience shift from glazed to engaged. An inner voice wonders why I didn’t write like this in the first place.

Not all writing, of course, is meant to be read aloud. But even as I’ve scanned in silence, I’ve noticed the Alice Effect: I’m more engaged when an author chooses words that – if spoken – are pleasing to hear. Or challenging. Or otherwise memorable. And just as Sidewalk’s subject matter is far above a 1-year-old’s pay grade, I share Alice’s appreciation for material beyond my comfort zone when I find an author willing to craft language that tickles my brain.

With that in mind, I find myself revising my words to make them more pleasing to the ear. With each pass, I apply a new filter, ever searching for a better sound. Here are tips to try with your own writing.

Treasure thy thesaurus. Some words simply sound more interesting than others. I open my thesaurus (from thēsauros, Greek for “storehouse” or “treasure”) and cycle through synonyms. Sly storylines duck down unexpected alleys.

Or not to be. As I scan early drafts, I seek – and destroy – most conjugants of “to be.” Is, was and their kin suck energy and sound bland. Substitute verbs inspire fresh phrasings. Baby loves a book not usually shelved with baby books.

Pare prepositions. Prepositional phrases dim adjectives’ immediacy, dull their authority. Why add of the, in the, from the, with the, when sliding adjectives next to nouns sounds better? “Two kids and a dog on peril’s precipice.”

Say it loud. Say it proud. When my wife is willing, I read drafts out loud. She’s not shy about signaling when something bombs. When no one is near, my own voice helps raise alarms.

And if Silverstein’s poems don’t always quite rhyme, Alice hardly minds. With that monochrome book on his lap, Grandpa has a tone that tells all: funny accents, silly stanzas, dizzy detours, clever curves. All the color she could want, sounds she can appreciate even as her eyelids grow heavy.

Shel Silverstein joins Dr. Seuss and Maurice Sendak in a troika of rebellious writers who understood that the way words sound makes reading more memorable. All three knew how much children enjoy the interplay of nonsense and naughty, frustrating certain censors who thought their work maddeningly subversive. Which, of course, they were.

During my childhood in the 1950s and early ‘60s, my schoolteacher mom took us on weekly excursions to our local branch of the San Diego County Library. Every six months or so, a local author who called himself Dr. Seuss released a new volume, featuring his now-famous hatted cats, bizarre breakfasts and poignant pachyderms. At school, our reading text was called Fun with Dick and Jane. By comparison, Seuss’ characters were having loads more fun.

Mom’s stash of my schoolboy writings reveals a strong Seuss influence: made-up words, rebellious storylines, playful contradictions. Although much slips away as my writing marches through high school, college, grad school and the work world, I’ve never lost the lust for subversion.

When the Berlin Wall came down on November 9, 1989, my kids were in elementary school. In a fit of inspiration, I wrote a three-act children’s play called The Wall, full of make-believe words, mischievous metaphors and deeply political overtones. The kids’ music teacher taught them a few American Songbook numbers (Let’s Call the Whole Thing Off), and four months later, we staged a rather elaborate musical parody, featuring a cast the same age I had been when I was first devouring Seuss.

I can’t predict what kind of books will be part of my granddaughter’s school curriculum. I can predict that her time with Grandpa will be filled with Silverstein, Seuss and Sendak.

Jack Hamann is the author of On American Soil: How Justice Became a Casualty of World War II.