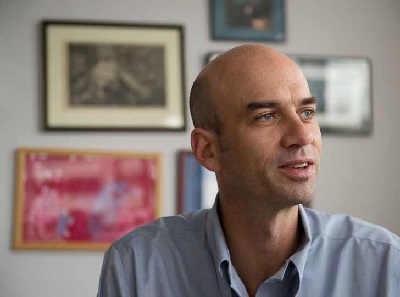 When one of the most respected, intellectual, general interest magazines in the English language sought a new top-of-the-masthead editor in 2006, the name James Bennet quite likely did not immediately come to mind.

That is no knock on Bennet, at the time a talented New York Times reporter. But his magazine experience was limited, even as his continued rise at the newspaper was obvious.

Today, David Bradley, publisher of The Atlantic, seems like a visionary for reaching out to Bennet, whose shaping of in-depth reporting and compelling narrative – first person and third person – give the magazine gravitas.

Subject matter is vital, of course, and the story mix since Bennet became editor is impressive. “I learned a long time ago that a subject is not necessarily a story,” Bennet says. Put another way, a freelance writer approaching an editor with a query for a story about, say, abortion must think through the angles. Yes, abortion is always dramatic to those involved in the procedure. But to attract thousands of readers to yet another abortion saga, the approach must be new.

Bennet recognizes the mentors who, unbeknownst to him at the time, helped him plot a strong future for an already respected magazine. Bennet, born in 1966 and reared in Washington, D.C., showed an interest in journalism during high school, where he edited the student newspaper. Rather than attending journalism school, Bennet went to Yale University. He edited a campus magazine there, but still did not seriously consider journalism as his career path.

Nonetheless, he undertook consecutive journalism internships, first at the Raleigh News and Observer, then at New Republic magazine. At New Republic, mentors included Michael Kinsley, Mickey Kaus, Bob Wright and Andrew Sullivan. Despite his junior status, Bennet received a range of experience because of the magazine’s sparse staffing.

The next magazine gig came at the always sparsely staffed Washington Monthly. Founder-editor Charles Peters taught Bennet technique – and humility. Peters could be considered progressive politically but liked to publish articles that contradicted the conventional wisdom, progressive or otherwise.

“Charlie impressed upon me that nobody is 100 percent right. So a writer must listen carefully, must question everybody’s assumptions, including his own,” Bennet says. Peters reacted to one of Bennet’s drafts with: “I’m terribly, terribly disappointed.”

“I might have been a clever writer,” says Bennet, “but the writing was covering holes in the reporting and fuzzy thinking.” Peters taught Bennet that strong writing is the clear expression of good ideas. After two years at the Washington Monthly, Bennet decided to seek more life experience. “I was writing lots of opinion pieces,” he says, “but I was so callow.” The NYT hired him on the metro desk for a probationary year. Bennet wrote about police, city hall and the elderly. Next, he wrote about the automobile industry from Detroit. In 1996, Bennet covered the presidential campaign, then covered President Bill Clinton’s second term. And Bennet was honing his thinking about story selection but knew he had a lot to learn.

Bennet relates this anecdote about himself: On August 18, 1998, he wrote a news story that appeared in the NYT under the headline Clinton Admits Lewinsky Liaison to Jury; Tells Nation “It Was Wrong,” but Private. That same day, Bennet would find out later, “the CIA director secretly briefed the White House about targets in Afghanistan and Sudan for cruise-missile strikes in retaliation for al-Qaeda’s embassy bombings in Africa.” Osama bin Laden was a planned target of the missiles, but he remained alive to help mastermind what occurred in New York City and Washington, D.C., on September 11, 2001. Eventually, Bennet wrote about the missile targeting. But his focus while that took place was the Lewinsky liaison. He has never completely forgiven himself for missing what he calls “the real story.”

Nothing was likely to derail Bennet from the fast track in the NYT newsroom. After his White House coverage, Bennet became a high-profile correspondent based in Jerusalem.

Although a career in magazine editing did not preoccupy Bennet while he was an international correspondent, he did continue learning about the magazine realm by writing for the NYT Sunday Magazine. Editors there – Adam Moss and Gerald Marzorati – emphasized not only the words on the pages but also photography and design. Bennet’s plan did not include a call from Bradley offering the job at The Atlantic. Bennet had read the magazine since at least his college years. He liked the iteration of the magazine circa 2006, “but I wasn’t sure I was the right guy to edit The Atlantic,” he says. He knew immediately, however, that the editorship would give him an opportunity to preserve and maybe advance the quality of ideas-driven journalism. 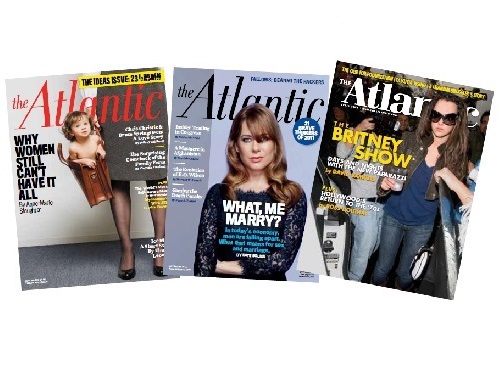 Bradley intuited from Bennet’s stories that the Jerusalem correspondent, slated for a move to China, exhibited the right qualities to lead his magazine. “I wanted a profound and extreme talent who led quietly, was generous to others, and comported himself with collegial respect,” Bradley said when announcing his choice. Within two years, Bennet received the Editor of the Year honor from the respected trade publication Advertising Age.

Bradley had moved the magazine headquarters from Boston to Washington, D.C. A continued fascination with international and national politics came as no surprise. Freelancers studying the magazine’s content (including its muscular website) after Bennet’s hiring may have been surprised, however, at a significant percentage of controversial features about gender and about families, including Why Women Still Can’t Have It All by Anne-Marie Slaughter and All the Single Ladies by Kate Bolick. In addition, more fiction has been in the mix. The publication began as “a magazine of ‘Literature, Art, and Politics,’” says Bennet, “and we have no intention of losing touch with the first categories, despite the contemporary maelstrom stirred up by the third.”

In an especially daring decision, Bennet commissioned a story about celebrity Britney Spears. Bennet told David S. Hirschman in a MediaBistro.com interview that the point was not to compete with People magazine or increase circulation; the point was to make readers think freshly about a celebrity and about the phenomena she represented.

Bennet wants “big ideas and original arguments” when he hears from potential writers. He understands, unlike some editors, that “the best ideas come from writers out in the world, rather than editors behind desks.” As an editor, he also has gained the wisdom that “the story you set out to pursue is rarely the story you end up writing. It’s wonderful when what you find is even more interesting than what you originally thought.”

Steve Weinberg has written occasional features about great editors for The Writer. He is the author of eight nonfiction books.

*This article originally appeared in the January 2013 issue of The Writer.

Tin House’s Michelle Wildgen on tricks of the trade

Package a story pitch to catch the editor’s attention