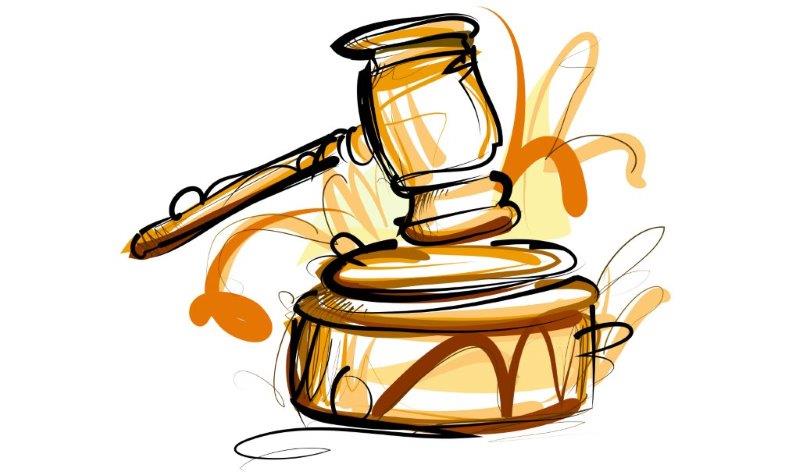 Apparently, I’d forgotten how to write.

I was a novice news reporter with an uncommon education. After three years of law school plus another in the legal trenches, I’d ditched the law firm freeway for journalism’s bumpy road. The way I’d figured it, I’d rather illuminate than litigate.

But as I pounded out paragraphs, my editor glowered. Where I saw verse, he saw verbiage. “Jack,” he said, “lose the legalese.”

Ivory towers are claustrophobic. In the prime of my 20s, I’d spent most of 33 months reading little except arguments and opinions of mostly white, male, privileged judges and attorneys. Case law was technical, dense, verbose and humorless. To pass a class, much less the bar exam, I copied the cadence, vocabulary and style of jurists whose writing rhythms remained largely unchanged for centuries.

Pity the poor editor. My drafts were clogged with phrases such as in light of the fact that instead of simply because; with the exception of instead of except; at the present time instead of now. Paragraphs were peppered with prepositional phrases, passive verbs and circumlocutions. Sentences were stuffed with stale mumbo-jumbo: heretofore and whereas. And circumlocution.

As Albert Einstein said, “If you can’t explain it simply, you don’t understand it well enough.”

Worst of all, I had a hard time seeing it. Cornell psychologists David Dunning and Justin Kruger call it illusory superiority: the inability to realize you simply aren’t as skilled or smart or sensational as you think you are. As far as I was concerned, my writing was sophisticated, comprehensive and convincing. Complexity seemed an asset. Big words were worthy words.

Law professor Megan McAlpin sees it all the time. “I think there’s a desire to sound smart,” she says. “But you actually sound smarter if you can take something complex and make it clear to anybody. I can write something that would sound smart because nobody would understand it, but that doesn’t take any skill.” Or, as Albert Einstein said, “If you can’t explain it simply, you don’t understand it well enough.”

Professor McAlpin wrote Beyond the First Draft: Editing Strategies for Powerful Legal Writing. She teaches at my alma mater, the University of Oregon School of Law, the place where I’d infected my writing with so many nasty habits. Returning to the scene of my crimes, I was surprised to learn how much has changed since I graduated in 1980.

“These, days, we are really teaching students to write in an accessible way,” McAlpin says. “[Modern legal writing] is all about good writing. How to write clearly; to craft short sentences with active verbs. We’re teaching folks to be better writers.”

Turns out, I graduated right before the dawn of a new era. As I was arm wrestling editors over my longwinded ways, a new generation of law school profs was taking a stand. A pioneering band of legal writing pros from the University of Oregon, University of Washington and what is now Seattle University School of Law (formerly University of Puget Sound’s law school) lobbied law deans across the country to stop turning out writers like me. They organized a conference and formed a group now known as the Legal Writing Institute. “There’s been quite a revolution,” says Seattle U’s Anne Enquist, one of the early pioneers.

Professor Enquist was recruited from the English Department to teach law students the same basic skills required of all good writers. “We always say accuracy, brevity and clarity are the big three for legal writing,” says Enquist. “You’re crafting messages and communications so that they work. The same thing doesn’t work with every reader.”

In my law school days, the only readers we paid much attention to were judges, fellow lawyers and the occasional lawmaker. As the late UCLA law professor David Mellinkoff put it, “the law thrived on gobbledygook.” Mellinkoff’s stinging rebukes to legalese helped give rise to something called the Plain English Movement. Now an international phenomenon, the movement picked up real steam only after I passed the bar exam.

These days, Plain English is a surprisingly hot topic in legal and legislative circles. At the spectrum’s one end are those who, like my editor, believe stuffy, archaic language erects an unnecessary wall between legal eagles and the rest of us. At the other are folks who argue that big words and redundant phrases (I hereby give, devise and bequeath) offer necessary precision in a world where daily discourse is infected with slang, cliché and colloquialism.

Lawyers are not alone. Doctors learn an alien language of their own, as do scientists and mathematicians and bureaucrats. Many good writers emerge from these disciplines, but plenty struggle to secure a balance between accessible and academic.

I’ve come to view legal verbiage as a crutch: a way to avoid blame and duck responsibility by promiscuously emptying garbage onto every page without bothering to sort the bottles and cans of lasting value.

Elizabeth Ruiz Frost, another Oregon Law School professor, enters the debate with a delightful middle ground she calls the “dude test.” If a term or phrase could easily follow or precede the word “dude,” then, she says, it’s probably too casual for legal writing. Let’s say a client tells her lawyer she was “freaked out by a cop.” Frost suggests an appropriate brief might read “the aggrieved suffered a panic attack when confronted by a law enforcement officer.” Otherwise, using Professor Frost’s test, it becomes “Dude, she freaks out every time she hears screeching brakes” or “The cop seized her license, dude.”

In my post-legal life, I intentionally cultivate dude-friendly phrases. As Professor McAlpin (and Einstein) implies, straightforward sentences are a bear to write. I’ve come to view legal verbiage as a crutch: a way to avoid blame and duck responsibility by promiscuously emptying garbage onto every page without bothering to sort the bottles and cans of lasting value.

Although my last law school exam is now more than 30 years in the rearview mirror, I still find loose strands of legalese tangled in my writing. Professor McAlpin assures me this is not a bad thing. She tells her students that real writers – lay or legal – never reach the prose summit. “You don’t arrive. You’re not done. You’re never a good writer; it’s always a learning process. There’s always more that you can do, more that you can think about. Even if you’re a Supreme Court justice, I suppose.”

And so I scan my drafts for lingering legal luggage. I strive for clarity instead of complexity. I sort my trash and crop my circumlocutions. I may have a law degree, but I try not to freak out, dude.

Jack Hamann is the author of On American Soil: How Justice Became a Casualty of World War II.