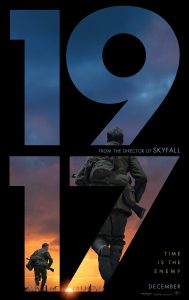 1917 director Sam Mendes shares writing credits with Scottish screenwriter Krysty Wilson-Cairns for the Golden Globe-winning WWI film 1917. The pair previously worked on the television show Penny Dreadful, where Wilson-Cairns was a staff writer and Mendes was an executive producer. 1917 is unique because the movie is made to look like one continuous, unbreaking take happening in real time, which Wilson-Cairns acknowledges was challenging. “What you have to do as a writer is sort of work out how far you can push reality to the audience before they go, ‘Oh no, I don’t believe that any one man could survive this,’ or, ‘I don’t believe that this kind of thing could all take place in one day,’” she told Refinery29 in a recent interview. 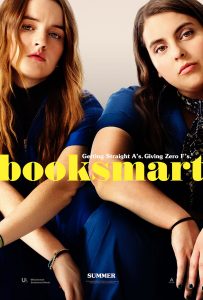 Why are four names nominated for writing Olivia Wilde’s directorial debut? The script dates back to 2009, when Emily Halpern and Sarah Haskins landed on the Black List – an annual survey in which Hollywood executives name their favorite unproduced scripts of the year – for their high-school comedy starring two female best friends. But nothing happened with the script until Susanna Fogel gave it a rewrite in 2014 – and then nothing happened again until Katie Silberman began meeting with Wilde in 2018 to retool the screenplay yet again. “There are sometimes these projects that are around for a decade, and it’s because everyone knows they want to make a movie in the core of what it’s about, it’s just trying different iterations of how to tell that story,” Silberman told Indiewire. The film ultimately was released in May 2019 to rave reviews.

Rian Johnson for Knives Out 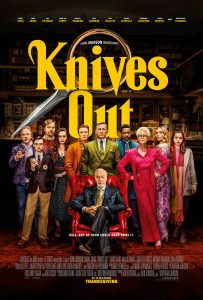 Writer-director Rian Johnson delivered one of the most-buzzed movies of the year with Knives Out, an ensemble whodunit starring Chris Evans, Daniel Craig, Jamie Lee Curtis, and Toni Collette, among others. The film garnered three Golden Globe nominations as well as a BAFTA nomination for Best Screenplay (Original). “I had wanted to do a whodunit forever,” Johnson tells Entertainment Weekly. “I grew up reading Agatha Christie’s books; it’s a genre that I deeply, deeply love. It’s been a comfort food for me.” Johnson is already set to have another crack at the genre soon: Reports say he’s already been commissioned to write a sequel to Knives Out. 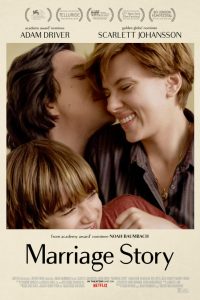 Writer-director Noah Baumbach’s Marriage Story is certainly an awards favorite this year, earning multiple nominations at the Golden Globes, the BAFTA awards, the SAG awards, and more. The film stars Adam Driver and Scarlett Johansson as a couple going through a difficult divorce. “In telling the story of a marriage coming apart, I could actually focus even more clearly on the marriage itself,” Baumbach tells the Los Angeles Times. “That it could be a story about marriage as much as it was a story about divorce.” 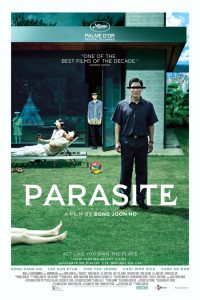 Writer-director Bong Joon Ho’s film Parasite did exceptionally well both with critics and at the box office: The film is nominated for a slew of awards and brought in more than $128 million at the worldwide box office. Co-written with Han Jin Won, Parasite recently became the first Korean film in history to win a Golden Globe award. “Once you overcome the 1-inch-tall barrier of subtitles, you ill be introduced to so many more amazing films,” said Bong in his acceptance speech, delivered with the aid of translator Sharon Choi. “I think we use only one language: the cinema.”