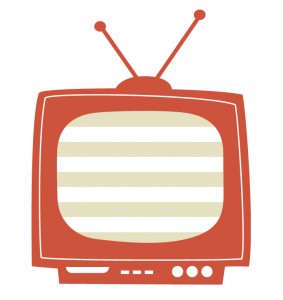 How often has this happened to you? You plunk down on the sofa, pick up the TV remote with the intent of losing yourself in a compelling drama or uproarious comedy, and – even with a thousand channels at your disposal – you find nothing that holds your attention. “I can write better programs than these,” you grumble before giving up and grabbing a book.

If that describes you, you’re in luck: Television writing courses abound today, offered by top colleges and universities as well as dedicated film schools and private instructors. For those who have the financial means and are committed to learning how to create the next Breaking Bad or Modern Family, there are more avenues available now for honing those skills than ever before.

But before researching courses, the would-be television writer should ask why he or she wants to take this route in the first place, says Joe Pichirallo, chair of the Department of Undergraduate Film and Television at the New York University Tisch School of the Arts.

“The important thing for any writer is to discover,” he says. “Do you have a voice? What is your voice? What is your point of view? What is your style, and can you execute that in a way that others will find compelling? Writing is something we can help you learn, but ultimately it’s going to come down to whether you have the wherewithal and the talent to execute at a level where you can make a living off of it.”

NYU is one of many major institutions that have expanded the number and variety of their television writing courses in recent years. Interestingly, says Pichirallo, prior to his coming on board at the school in 2011, NYU “had two TV writing courses, one in comedy and one in drama, but we didn’t have an introduction to television writing course. So we created one, which is designed to give an overview of the elements that go into writing a TV script that are different than a feature script.”

Mike Pavone, a successful screenwriter, producer and actor who has taught courses on screenwriting, directing, acting and the business of film at the high school level and at the Academy of Art University in San Francisco, says that any prospective student should take a long, hard look within before deciding whether to pursue this specialized field. “A great storyteller is born,” Pavone says. “You can learn structure quite easily, but great story and character come from people born with great imagination and the empathy to see many characters from different points of view.”

Story consultant and script doctor John Truby, who has given TV writing classes in several major cities and operates Truby’s Writing Studio online (truby.com), approaches the discipline from a somewhat different angle – to him, understanding structure is absolutely crucial. “I begin with the structure elements found in any great story, regardless of medium or genre,” he says. “These are organic to the story, meaning they track the character’s development as he/she goes after a goal and overcomes opposition. With this foundation of great organic storytelling, I then explain the unique ways these story structure beats are executed in a good TV drama or comedy story. Next, I explain the specialized story beats of the major genres in TV drama and comedy, and I conclude by explaining in detail the steps required to create a successful TV drama or comedy. Another emphasis in my TV classes is not just how do you write a great individual episode, which somebody must know in order to break into television, but, for the more advanced writer, how do you create a great season of television? Weaving multiple characters over 10 to 22 episodes gives you a canvas that is greater than that of a film.”

One thing that all of the instructors and executives we surveyed agree upon is that the field of television writing as a career is in the ascendant.

What a student chooses to learn, and the skills ultimately honed, will necessarily help determine the type and range of television screenwriting work available to the individual. Most colleges that now host TV writing courses detail their curriculum online or by request. California’s Chapman University, for example, offers a Bachelor of Fine Arts major in television writing and production. “You will learn how to develop characters, write dialogue, create a series ‘bible’ and develop the ongoing storylines that drive episodic television,” the school’s catalog explains, listing among its courses seminars in comedy and drama, Introduction to Visual Storytelling and History of Television. Boston’s Emerson College similarly offers the introductory Writing for Television and courses as specific as Life on Display: Creating a Reality Series.

One thing that all of the instructors and executives we surveyed agree upon is that the field of television writing as a career is in the ascendant. “Film schools, for many years – as did the industry – looked down their noses at television and didn’t take it that seriously,” says Pichirallo. “The development of television programs in film schools is a recent phenomenon and an important one because television is doing some of the most creatively interesting things today. Film schools now understand the importance of television and are developing their [own] programs. You’re no longer having to convince [schools] that you should have a TV portion of your program.”

“Writing TV professionally is extremely competitive, and the intense time constraints of writing on staff require that the TV writer have the highest level of craft,” says Truby. “My TV classes place tremendous emphasis on knowing the specific craft techniques that go into beating out a great story and writing a draft that can compete with the best writers in the world. It’s phenomenal what they are accomplishing now in television.”

Jeff Tamarkin is a freelance writer/editor. He lives in Hoboken, New Jersey, with his wife, novelist Caroline Leavitt.