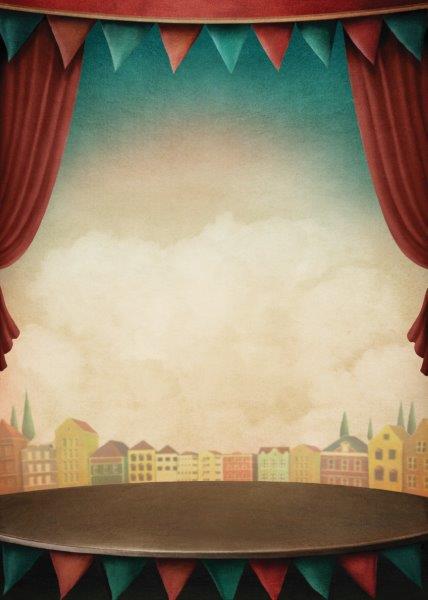 I was breathless as I watched the woman on stage pick up an invisible pair of scissors. “Sit still!” she admonished, her hands hovering over an empty chair. Snip. Snip, snip, snip. I couldn’t see the curls falling to the stage, but I could feel them in my gut. Then she sat down in the chair and was transformed into a tearful little African-American girl, whose hair had been shorn because her adoptive white mother couldn’t manage it.

It was one of the most powerful moments I’d ever witnessed on a stage. I approached the performer, Lisa Marie Rollins, after the applause died down, and stammered, “What was that? I mean, what do you call this?” I fanned at my chest. She laughed. “Sis, this is solo performance.”

My next question: Where can I learn to do this?

I had been stuck in writer’s block with my memoir for what felt like years. Wrestling with my own story around family, identity and adoption was emotionally draining and seemed as if it had no end. I kept circling around the narrative, writing endless drafts and feeling frustrated with all of them. I needed a different perspective or a break or something.

Lisa Marie invited me to join her in the next class of the San Francisco Solo Performance Workshop, then taught by the comedian W. Kamau Bell. I had never taken an acting class and was terrified of being on stage, but something about seeing that haircutting scene electrified me. Perhaps this was what my own story needed.

When I walked into the subterranean, 60-seat Stage Werx Theatre in San Francisco, I was more nervous than I’d been in a long time. But Kamau’s relaxed-yet-professional approach set me at ease. The first thing he did was have us sit quietly onstage, one at a time, while the class checked off a list of characteristics and characters that came to mind when they looked at us: such as “funeral director” “sweet,” “dangerous” or “cheerleader.” Then he handed us our list to tally up the ones that had the most checkmarks. (Apparently I impressed my classmates with my ability to embody a librarian or travel agent.)

Over the next two months, Kamau led us through exercises designed to coax our inner stories into the light. It was unlike any other writing class I’d ever taken or taught. Kamau would ask questions about an incident, and when something struck him as particularly “hot” or compelling, he’d say, “Show us!” – not unlike a writing teacher who admonishes, “Show, don’t tell.”

Writing for solo performance needs the same. In those same moments where a fiction writer or memoirist needs to slow down, to open up a scene with dialogue and gesture and detail, to show the action happening, we learned to make the stories come alive with our bodies. Instead of saying, “It was startling to see myself in the mirror, wearing my mother’s dress,” I learned how to be in that moment, in my body, re-living it. I stepped to the edge of the stage, gazing at the invisible mirror. I lifted the imaginary fabric over my head and zipped it up, then twirled from side to side. My mouth dropped open in astonishment, and I could tell that the audience could feel the memory.

Good writing should make your readers feel the same way. But there are important ways in which writing for the stage diverges from memoir or fiction. All that lush description of setting had to be cut or condensed into a single line of dialogue. The internal monologues would be slashed, too, or else changed into a separate soliloquy that I delivered directly to the audience.

Over eight weeks, I developed my first 15-minute solo show called “My Brother’s Wedding.” Doing this changed my relationship to the story in profound ways. Telling it in such a physical, verbal way, using my entire body, helped me to own it in a way that manuscript writing hadn’t.

My story deals with family secrets, about feeling concealed, hidden. So to stand onstage, in a room of strangers, and belt out, arms flung upward, “This is who I am!” was exhilarating and shocking. And it was addictive.

After the eight weeks was over, I immediately signed up for another round. I went on to study with other teachers and directors, and eventually began performing my show, “The Ice Cream Gene,” to audiences around the country, to audiences of all sizes. It’s now a full-length performance piece that has been seen by thousands.

Since I discovered solo performance nine years ago, I’ve found that it’s helped my “page” writing as well. My writer’s block was shattered. I now love writing dialogue, the element I once dreaded the most. When I’m stuck writing a scene, it helps me to get up and move through it physically, mouthing the words, feeling the gestures with my own limbs. When I sit down at my computer again, the kinetic memory transforms more easily into words. The borders between lived experience and memory, imagination and language, all fall away and in the end it’s all just a good story, emerging.