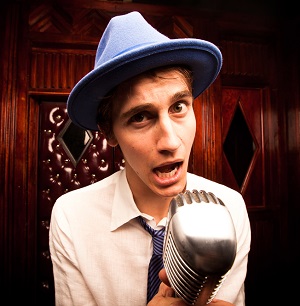 What do you call a writer who opens every joke with a cue to the drummer? Someone in need of a humor writing class.

Many of us think we’re funny. And sometimes, many of us are funny. But for certain writers, translating humor onto the page is a struggle. And without instant feedback à la standup comedy, it can be tough to decide what is and is not laugh-worthy.

But maybe simply thinking that we’re funny is a good start. Or at least that’s what Mark Shatz, psychology and humor writing professor at Ohio University – Zanesville, claims. “Humor writing, perhaps more than any other form of writing,” Shatz says, “requires censoring your internal critic by remembering the mantra: Nothing stinks. Nothing does stink!”

As far as we can tell, you can’t go to a university for a degree in humor writing, but plenty of institutions do offer workshops, classes and seminars that cover the topic as part of a larger creative writing major. While most feature a single course per semester, some have multiple offerings in the course catalog. And, perhaps indicating some kind of comedy vortex, several are located in Ohio.

The Buckeye State, for example, is home to the Erma Bombeck Writers’ Workshop, which takes place every other year at the University of Dayton, the writer’s alma mater. Dedicated to both humor and human interest writing, the workshop attracts about 350 participants and big-name presenters for the craft sessions and roundtables, including Dave Barry, Phil Donahue, Nancy Cartwright and Lisa Scottoline.

Also in Ohio, Shatz teaches a humor writing course created by Mel Helitzer, who wrote a book on the topic: Comedy Writing Secrets. The course soared to success and eventually required auditions to enroll. Now under Shatz’s leadership, the syllabus covers newspaper, magazine and speech writing.

“To be funny,” Shatz says, “you must train your mind to constantly ask: ‘What if?’ Brainstorm all possibilities. ‘What if?’ imagination allows you to realign diverse elements into new and unexpected relationships that surprise the audience – and surprise makes people laugh.” His students are forced to consider “What if?” throughout the course, and they’d better take notes. The final exam? A solo performance in front of a 200-person audience.

If you’re not looking for a degree – simply some guidance in the craft of funny – check out local writing groups or online courses from renowned workshops. If you live in New York City, you are likely familiar with Gotham Writers Workshop, which offers weekly courses on humor writing and stand-up comedy writing. However, those living outside of the Big Apple can also take part in the humor writing program with a 10-week online course, following the same syllabus as the in-person class, including two critiques.

Also in the online world, Skillshare counts two comedy courses in its repertoire: humor writing and sketch comedy. These series are unique in that you can participate in them at your own pace, yet still collaborate with other students through hands-on projects, such as composing a one-to-four minute sketch. This option is fairly affordable, with the possibility of enrolling in a membership for $8 per month or outright purchasing a course for $16.

Something that bridges the gap between college degree and workshop is the year-long class in either comedy writing or late-night talk show writing at the American Comedy Institute in New York. The former covers techniques on TV sitcoms and sketch shows and the business side such as writing as a team, while the latter deconstructs the late night talk show format and even allows students to produce one of their own.

If you want to create like the best, learn from the best. There are few comedy troupes better than Chicago’s Second City and the Upright Citizen’s Brigade in both New York and Los Angeles. The Second City writing program is in-depth, with six general humor writing courses (the highest level of which produces a revue) and nine themed courses, with everything from four different classes on writing for The Onion to dramatic sketches, farces and parodies. The UCB course only covers sketch writing – three levels of it, plus an advance study program. During the courses, you’ll work on solo projects and with a team and learn how to pitch and eventually write and stage a sketch show at the UCB Theatre.

Still, one question lingers: Can humor be taught?

With a little study and a whole lot of practice, your humor writing will rank high on the applause-o-meter.

Meredith Quinn is a graduate of New York University and former associate editor of The Writer.