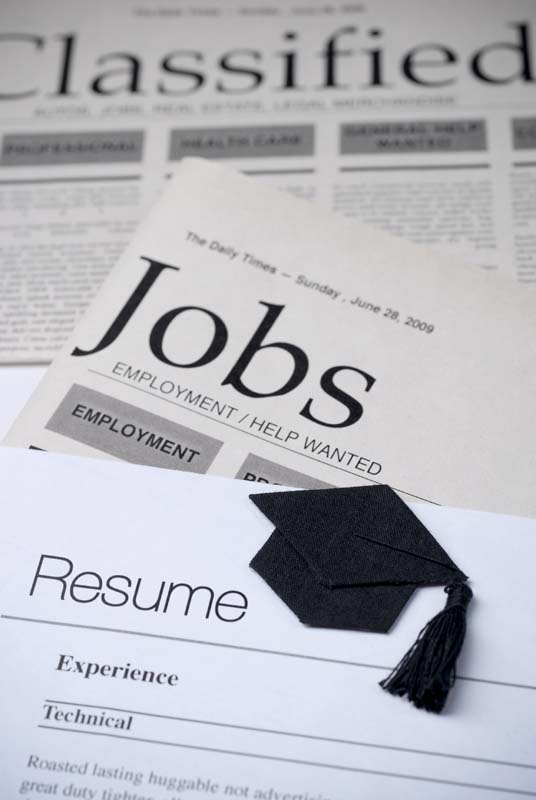 Postgrads can pursue a multitude of day jobs with their creative writing degree and still find time to work on manuscripts. Try these five options on for size.

Perhaps the most popular route for postgrads, teaching gives writers a steady income, extra time to write and the opportunity to share writing prowess with students.

After completing her Ph.D. from the University of Illinois at Chicago, Sharon Solwitz continued to write fiction, receiving numerous awards and accolades for her work, including a Pushcart Prize. She found herself equally drawn to teaching, and she now works as a fiction professor at Purdue University. This career path allows Solwitz to read more deeply, teach books she loves and get inspired by her students.

“There is stimulation from my connection with my students, the graduates who are sometimes inordinately brilliant, and undergrads who are just being introduced to an aspect of their thinking and feeling that they might not have known,” she says.

Her educational background in the works of William Faulkner, the modernists and magical realism has enlarged her teaching scope, allowing her to work with a wide range of writing styles. In return, the teaching process fuels her writing.

“Every once in a while, an especially gifted student uses a voice that seems to me entirely new,” she says. “When that happens, it takes my breath away – and gives a kind of bounce or stimulus to the way I use language or the way I manage a scene.”

After graduating from Emerson College’s MFA program, Rebecca Podos found her calling in the business side of writing. As a literary agent, she handles book sales, contract negotiations and money management. But Podos’ favorite aspect of her job is the “treasure hunt of agenting.”

“Contained in the slush pile, in my query folder and in literary journals, there are endless possibilities,” she says. “I think there’s an idea out there that an agent reads a great book and sees dollar signs. But I don’t think that’s true for any of the agents I know. I think we all turn to the first page of your queries hoping to fall in love.”

The MFA program equipped Podos with the skills she needs as an agent. Through Emerson College she secured an internship and honed the editing chops necessary for book sales. As an agent for Rees Literary Agency, she now represents young adult and middle grade fiction across a wide range of genres. But she never gave up her personal drive to write. Her debut young adult novel is forthcoming from Balzer + Bray.

Being an agent has “helped me figure out what I want from a book,” she says. Her authors constantly awe, inspire and motivate her to write.

“They all tell an incredibly human story. So if ever I’m having a hard time in my own work in progress, that’s what I try to focus on.”

Jon Gingerich began his career working for newspapers and magazines. Several years ago, he decided to pursue fiction writing more seriously and completed an MFA degree from The New School in New York City. He now works as both the editor of O’Dwyer’s, a business publication, and a fiction instructor at Gotham Writers Workshop.

“Teaching has been immensely rewarding for me, because I get to discuss material that I’m passionate about,” he says. “But journalism still pays the lion’s share of the bills, and there’s definitely a creative process involved in shaping a printed product every month.”

Although he was already established in journalism prior to getting his MFA, Gingerich says his career benefited from the education experience.

“I do know that getting my MFA made me a better writer, so in that regard, there’s no denying that it has improved the quality of my work, whether I’m writing a short story or sending a magazine off to the printers,” he says.

Gingerich adds that journalism can teach fiction writers important skills. To make a successful, digestible pitch, journalists must ask themselves important questions: “What’s the story here?” “Why are we talking about this now?” “What makes this incident stand apart from other incidents?” Gingerich applies these same principles to his fiction.

“Working in journalism forced me to ask those questions years before I seriously tried to write fiction, and for that reason alone, it proved instrumental in my early attempts at storytelling,” he says.

As with Gingerich, Lila Cecil and Joy Parisi received MFA degrees from The New School, but they struggled to find satisfying jobs that keep them in touch with the writing community. So they united their complementary backgrounds, skills and goals to open a business that would allow them time to write. The result is Paragraph, a 24/7 Manhattan writing space that provides writers with “community, quiet, solace and coffee. What every writer in the city needs,” Cecil says.

In addition to introducing the two women, the MFA experience helped them hone Paragraph’s mission.

“Going through an MFA program made us feel a sense of community, of being with other writers in a way that made being a writer in the city feel more possible, tangible. We wanted to replicate that or at least not lose it after the MFA program was over.”

Although it took a few years to establish the business, both women are now reaping the benefits. In addition to more writing time, the women enjoy a continuous community of writers. Cecil also met her agent through a member’s referral.

Cecil and Parisi advise MFA grads to maintain relationships and sustain their writing communities no matter what career paths they follow.

Many postgrads will support their writing passion with multiple jobs. Armed with an MFA from Columbia University, poet Craig Morgan Teicher wears many hats as the director of digital operations at Publishers Weekly, poetry editor of The Literary Review and instructor at both The New School and New York University. His education and connections helped him succeed in the publishing world and secured him gigs as a poetry editor, freelance writer and critic.

“A big part of my job has always been working as an editor – whether of individual stories or pages of content, abstracts, menus or promotions,” he says. “My experience in a workshop and with my own and others’ creative work trained me to cut out the bad bits, rewrite quickly and generally think on my verbal feet.”

He says his time as a book critic also had a noticeable effect on his writing.

“That kind of analytical thinking has worked its way deeply into my poems,” he says. “And my job has made me highly aware of what goes on behind the scenes in bringing books out into the world, which is humbling and enlightening.”

Although it’s not always easy to juggle so many gigs, Teicher encourages aspiring writers to stay focused on the end objective.

“Try not to confuse your art and your income,” he says. “Most poets practice their art after hours. Find a job you can be happy doing, do it well and clear out some time elsewhere to have a full poet’s life, too.”

Hillary Casavant is a writer in the Boston area and editorial assistant for The Writer magazine.