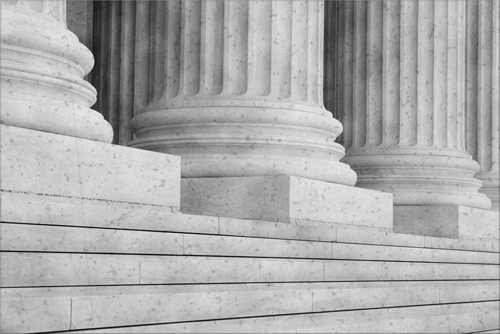 Alexandria Marzano-Lesnevich felt awful. She was physically under the weather, her law school loans loomed menacingly and her vision for a book refused to come into focus. When someone with a Washington, D.C. phone number called and left a message on a fall day in 2013, Marzano-Lesnevich steeled herself for bad news from the student loan agency.

Instead, the voicemail was from the National Endowment for the Arts. Months earlier, Marzano-Lesnevich had applied for an NEA Creative Writing Fellowship on the advice of her professor at Emerson College’s MFA program.

“My first thought was, ‘Surely they don’t call you if you’ve lost,’” says Marzano-Lesnevich. Then she started to cry. She collected herself before returning the NEA call, but the tears quickly returned as she heard the news that she had been selected as a 2014 NEA Fellow.

Tears and lots of them are standard when NEA literature director Amy Stolls tells writers they’ve received an NEA fellowship. The NEA presents 30 to 40 writers with fellowships of $25,000 each annually, alternating from year to year between poetry and prose fellowships.

“I’ve probably gotten a dozen marriage proposals,” says Stolls. “The professions of love, people who remember my voice. I called this woman once, and she said not only had she given up on that short story that she submitted because it had been rejected 22 times or something, but she was really kind of giving up on writing for a while.”

The literature fellowship application is free, and the selection process is blind. Expert readers and panelists see only a 25-page manuscript for the prose competition, or 10 poems for that genre. To keep the number of applicants within a reasonable range, the NEA requires that the writer have published a book or five short stories or essays in at least two separate publications for the prose fellowship and 20 poems in at least five publications or a published collection for the poetry fellowship.

The NEA literature department also presents fellowships to translators and grants to independent book publishers, literary journals and organizations that promote audience development, such as book festivals, literary centers, reading series and podcasts. The endowment has also created nationwide initiatives such as Poetry Out Loud, a poetry recitation contest for high school students, and The Big Read, which supports community-wide reading programs.

“The NEA is just this savior of literature, basically,” says Sarah Gorham, co-founder and editor-in-chief of Sarabande Books, an independent publisher that received a $35,000 grant in the first round of fiscal year 2016 NEA funding.

Nonprofit presses such as Sarabande publish books that commercial houses typically won’t, perhaps because the topic is too far outside the mainstream or because they can’t see a sufficiently clear line to financial profit.

Stolls touts the importance of these publishers, noting that many writers in the literary cannon first got published through nonprofit presses or literary journals before being picked up by commercial publishers.

“If these presses and journals didn’t exist, I hate to think perhaps we wouldn’t have as much diversity and a range of voices,” says Stolls.

In the most recent round of funding, the NEA gave grants to 53 literature organizations, with amounts ranging from $10,000 to $80,000 and adding up to a total of $1,185,000. Sarabande Books will use its 2016 grant to publish and promote short fiction collections from authors Amy Gustine, Matthew Noll and Randa Jarrar, as well as essay collections by Elena Passarello and Shawn Wen. NEA funding will also support Kore Press’ anthology of innovative writing by black women, an issue of The Iowa Review highlighting new writing by U.S. military veterans and Brooklyn-based A Public Space’s mentorship program that pairs emerging writers with established authors.

Although $10,000 and even $35,000 don’t sound like large sums when it comes to the operating costs of a business, Gorham refused to downplay the grant’s significance.

“[This grant] makes a huge difference,” she says. “That’s $35,000 that I would have to raise from individual donors or other granting organizations.”

Granting organizations that fund literary projects are few and far between, so NEA grants often become a pillar of these nonprofits’ annual budgets.

The NEA, which celebrates its 50th anniversary this year, has granted a total of $113.9 million to nonprofit literature organizations and $45 million to individual writers. This impressive statistic is on the NEA’s website: “Since 1990, 81 of the 138 American recipients of the National Book Award, the National Book Critics Circle Award and the Pulitzer Prize in poetry and fiction were previous NEA creative writing fellows.”

In other words, almost 59 percent. For Stolls, that statistic, paired with the long list of fellows who went on to be named poet laurate of the U.S. or receive the National Medal of the Arts, National Humanities Medal or the PEN/Faulkner Award gives credibility to the anonymous application process and proves the continuing value of the fellowship program, which, due to cuts in other NEA programs, is the only fellowship for individual artists the endowment still doles out.

Every year, the fellowship classes feature a diverse group of writers. This year, the selected writers ranged in age from 29 to 69 and hailed from 17 states. The 19 women and 18 men included writers of Iranian, Chinese, Nepalese, Welsh, Bosnian, Indian, Serbian and Mexican descent.
Stolls says the diversity that appears in the fellowship classes stems from the careful selection of the expert reader groups, who are all published authors or previous NEA fellows.

“That group we make as diverse as possible,” Stolls explains. “[They’re] from all over the country, and they are all different ages, all genders and all races and cultures. And I should say aesthetic taste. We’re a big country, so we have to make sure that we have a range of aesthetic tastes.”

To be considered for the fellowship, writers must complete the online application by the annual March deadline. At the end of this year, the endowment will announce its poetry fellowships, so 2017 will be a prose year.

Marzano-Lesnevich admits she found the application process intimidating, and Stolls highlights the endowment’s strictness when it comes to its rules and guidelines. The application’s main components are a list of places the applicant has been published, a project statement detailing what he or she would do with the money if selected, and the manuscript, either the 25 pages of prose or 10 poems.

Perhaps the biggest faux pas: including any identifying marks on your manuscript. Stolls says many applications have been disqualified because the poetry or nonfiction was written in first-person and included identifying details or the pages were labeled with the writer’s name.

Marzano-Lesnevich’s advice: Apply. Simple as that. That aforementioned Emerson professor told Marzano-Lesnevich and her MFA classmates the same thing. As soon as they published five pieces in at least two publications, he told them to throw their hats in the NEA fellowship ring.
“He made it sound not like something you apply to if you thought you were going to win,” Marzano-Lesnevich says. “He made it sound like something you apply to if you were eligible. I think that’s something writers have to learn in general – to just put yourself out there and accept that rejection is part of the job and accept that applying is part of the job.”

Gorham offered a few tips for literary organizations applying for an NEA grant. Keep in mind how individuals – artists, authors, literature teachers – would be funded by the grant, for example, through royalty advances and workshop fees.

“You’ve got to remember that it is a literary organization and literature is written by authors and they should be a part of the process.”

Also, avoid grant-speak. “That’s just going to put somebody to sleep on the other end,” Gorham says. And she would know, having served on a couple NEA panels.

The effect of the NEA literature programs can be seen in the catalogs of independent publishers and in the resurgence of interest in poetry that is triggered by the Poetry Out Loud contest. But perhaps the place the NEA makes the biggest and most immediate impact is in the lives of its fellows, for whom the award marked a turning point in their careers.

They include writers such as U.S. Poet Laurate Juan Felipe Herrera, who said in an NEA podcast interview with Josephine Reed that his first NEA fellowship “made me feel like I was on my way to being a poet.”

Rebecca Makkai, a 2014 NEA prose fellow, said being selected through the blind read felt like being published for the first time because her work was chosen purely for its merit, instead of in accordance with how likely it was to be anthologized.

For Tayari Jones, who had published three novels by the time she was named in the 2012 class of fellows, the NEA fellowship led to a promotion at her job and allowed her to take time off from teaching and focus on writing.

Spoken-word poet Cristin O’Keefe Aptowicz received her fellowship in 2011. That was the first year in her adult life that she didn’t have to work an office job, and the fellowship led to opportunities that allowed her to continue focusing on her poetry even after the fellowship ended.

For Marzano-Lesnevich, the fellowship restored her confidence and helped her rediscover her vision for her book. It allowed her to leave her agent and stop focusing on selling the book so she could get back to writing it. Then, in January 2015, armed with a new agent and an entirely revamped concept for the book – a combination of memoir and literary journalism about a Louisiana death penalty case – she sold the book.

“It has been so moving to see that trust and that investment and that hope for my work,” she says. “[The NEA fellowship] has made a profound difference in tangible ways in terms of money and time, but it also made a profound difference in intangible ways in terms of my understanding of the support for my seriousness of purpose.”

Megan Kaplon is a contributing editor at The Writer. Originally Published April 11, 2016

Add to Favorites Advertisement “There is nothing insignificant in the world. It all depends on the point of view.” – Johann Wolfgang von Goethe What … END_OF_DOCUMENT_TOKEN_TO_BE_REPLACED