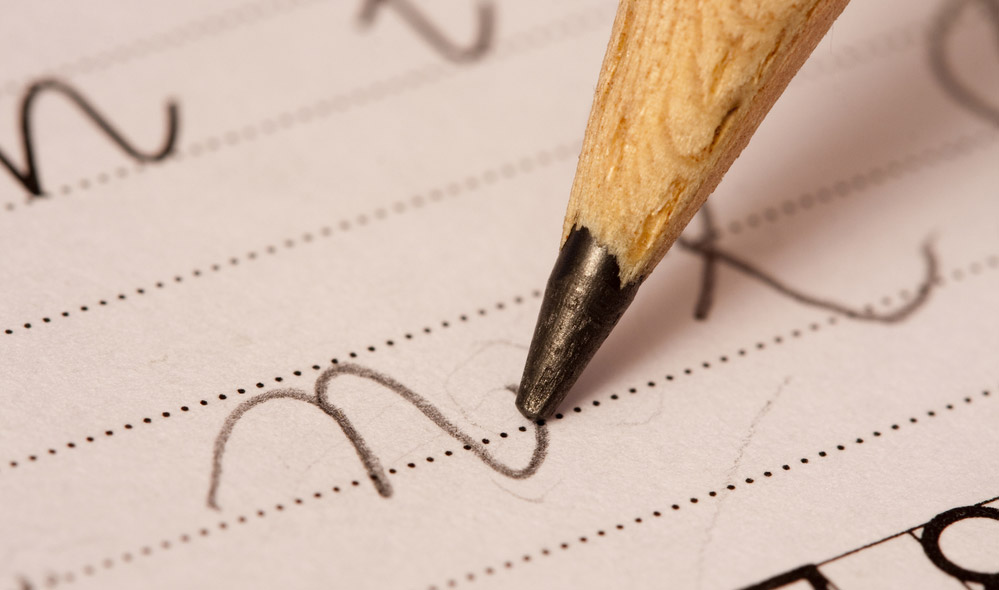 When I met my first students 41 years ago, I knew zip about how to teach; I really shouldn’t have been hired. At the beginning, I told my class of high-schoolers to “go home and write.” This proved to be about as helpful as asking a toddler to bake a chocolate soufflé. Then, on a whim, I gave them all the same prompt. This produced valuable results. They asked for more prompts, exercises that highlighted specific elements of fiction.

So the first lesson I learned as a teacher was that when you tackle a new skill, you want and need structure. This is just like practicing doing scales when mastering a musical instrument: It’s not fun, but it helps get you there.

Strong, fresh writing means taking 26 letters and putting them into combinations that no one has ever seen before. Sound easy? It’s as hard as doing a perfect figure eight backwards on ice.

Students seem to have a built-in resistance to following directions. I learned patience from pupils who took a reasonable, two-page exercise and messed around with it so that it lost its desired shape and objective. Example: the “Psycho,” a two-page writing exercise that asks the student to have a character hear a strange noise outside the bathroom door while taking a shower, knowing that no one else has a way to get inside the house. At least half my students used up precious space explaining how and why the person is going to take a shower. From them I also learned resignation – although not so much about sympathy.

Early on, I learned that most beginning writers are emotionally Velcroed to their work. So that if you criticize something they’ve written, you’re really declaring them worthless, aren’t you? You may remind them that in order to master any skill, it’s essential to do it over and over and over again. In all my years of teaching hundreds of men and women, I’ve only encountered two or three who were what I call “natural” writers, those who seem to know instinctively how to do it. They’re gold-medal athletes of the sentence. They don’t need writing classes. The rest of us would do well to remember that constant, muscular work at writing – preferably at the same time every day – can produce amazing results.

As anyone who has ever taught writing knows, it’s crucial that the writer tell the truth. This is probably the single most important thing I’ve learned as a teacher. And how hard it is to dig out that little chunk of truth, sometimes sweet, more often bitter. It’s the family secret you don’t want to face, the wound that still aches, the thing that might reveal yet another truth. I tell my students to “write from the pain.” For most, this is a hard lesson. It’s easier to write the sunny hours, studded with clichés, reeking of sentimentality.

Along the way I learned that fresh, strong fiction grows out of both skill with sentences and a deep understanding of how people act. It’s not about description (although it’s essential to let your reader know where we are), it’s not about symbolism (take that word and bury it along with nuclear waste), and not about backstory. It’s about what people do to each other, often in rage, despair, jealousy, betrayal, and other toxic emotions.

This is very difficult to teach. The best way to learn it is to read, read, and read the fiction of writers you admire. There’s no getting around this. You can talk about it in class, you can point it out in the life around you, you can create exercises that force the student to face facts that aren’t attractive. But nothing beats getting it through the work of novels and short stories by wonderful writers.

One of my exercises is “Killing the Neighbor’s Dog.” It asks the student to present a motive for and a description of the actual slaughter. I’m not a brute; I couldn’t kill a dog – I have a hard time squashing an ant. But the great thing about writing fiction is that it allows you to temporarily take over the mind and heart of almost anyone in the same way an actor assumes the identity of, say, an E.R. doctor or a serial killer.

I’ve learned, too, that writing strong fiction is the product of several disparate skills, some of them having to do with the way sentences and paragraphs are constructed, and the rest with human psychology. “Look for the reason this woman is always smiling,” I’ll tell them. Sometimes they think I’m inviting them to be cynics. “No,” I say, “But you must be skeptical.” There’s an enormous difference.

If it really happened, it’s probably not going to make a good written story. I never would have realized this without having taught. Real life is not fiction. Fiction is taking what “really happened” and tweaking, re-shaping, expanding, contracting, twisting it, giving it longer arms and shorter legs, and finally stamping it with the way you would create it if you were a god. And as far as your story and characters are concerned, you have to believe you are a god. You make things happen, you give life to imaginary people.

And you can teach an old dog new tricks. It was only within the last year or so that I learned the difference between “possible” and “plausible.” One of my favorite novels is Time and Again by Jack Finney. In this illustrated novel, Finney takes his protagonist back from the present to 1911 and the terrible fire in the Triangle Shirtwaist Factory in downtown Manhattan. There are a great many possible human activities; time travel is not one of them. But by ingenious plotting and technically brilliant psychological maneuvering, Finney makes our hero’s trip entirely plausible. It’s in the same way we believe in the magic of Dorothy’s ruby slippers. Beginning writers should take some time to think about this distinction between possible and plausible. It’s the fiction writer’s job – and its own reward – to make the impossible plausible.

Anne Bernays is the author of 10 novels and the co-author of three nonfiction books, including a memoir, Back Then, with her late husband, Justin Kaplan. She has published scores of book reviews, essays, and travel pieces in national magazines and journals. She has taught fiction writing since 1975, at Harvard, Boston University, Boston College, and elsewhere.

Add to Favorites Advertisement “There is nothing insignificant in the world. It all depends on the point of view.” – Johann Wolfgang von Goethe What … END_OF_DOCUMENT_TOKEN_TO_BE_REPLACED