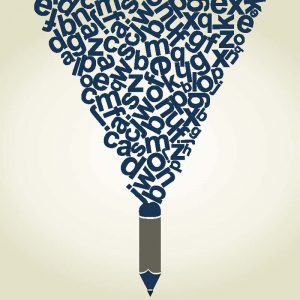 Back in my grad school days, I believed the key to great writing was style and flash and overall authorial badassness. I broke ground on a young adult novel that had a major new plot development on every page. Every sentence was a SportsCenter highlight. And my plan was to kill off the main character during the last scene, leaving teen readers gasping for breath and muttering to themselves, “Wow, that Matt de la Peña is really something.”

I proudly handed over a partial first draft to my mentor professor, and a week later she called me into her office. “There’s a lot of energy here,” she started. “And I really like the protagonist. But, Matt.” She paused and leaned forward with a look of genuine concern. “My God, you need to slow the fuck down.”

I was taken aback.

Slow the fuck down? But I thought…

Turns out, this is the most important writing advice I’ve ever received.

Instead of trying to be the star today, I aim to recede into the margins. The less visible I am as the “writer,” the better I can facilitate story, keeping the reader’s focus on the real stars: the characters. Don’t get me wrong. My work is still driven by voice. And I still strive to craft prose that’s musical and alive. But I no longer allow style to outpace substance. Everything must serve the story. I now believe the key to great writing, especially for children and young adults, is patience and authorial restraint.

The opening scene of Denis Johnson’s Tree of Smoke is a great example of what I mean. The novel begins just after President Kennedy’s assassination. We’re in the Philippines, where Seaman William Houston, Jr.
is sitting in a bar alongside other transient enlisted men, listening to updates on the Armed Forces Network. By morning, he begins feeling sober and decides to go hunting for wild boar. Johnson doesn’t describe Houston physically or fill us in on any of his backstory. He simply lets us watch the character move through the jungle, where he eventually spots a monkey moving in the trees. It’s not a boar, but Houston raises his rifle anyway, and “without really thinking anything at all,” he pulls the trigger.

Houston is immediately horrified by what he has done. He sets down the rifle and moves over to the monkey, his stomach “tearing itself in two.” He lifts the monkey into his arms while it takes its final breaths, and, with no one else around to know about it, Houston lets himself “cry like a child.” Up to this point in the scene, the narrator’s sole function is to render the action, allowing us to come up with our own judgments. The narrator only asserts himself with the very last line of the scene: “He was eighteen years old.” Houston is just a kid. This single line of exposition complicates our judgment.

Johnson’s restraint makes us more active participants in the scene. We aren’t being guided. Some readers may miss the dual assassination, but that’s OK, too. If we don’t experience this on a conscious level, it’s still there for us on a visceral or unconscious level. And I’d rather feel like I’m grasping to keep up with a novel than feel too comfortable.

I’m purposefully using an example from an adult novel to talk about what makes good children’s book writing because we should be held to the same standard. New kids’ book writers sometimes mistakenly imagine themselves handing “down” a story to their intended audience. But this is all wrong. Teens are especially adept at sniffing out a rat. It’s much better to imagine writing “up” to this audience. In fact, while adult readers often enter a text with set ideologies (hoping for narratives that reinforce these ideologies), kids are much more open to new ideas and stories outside of their comfort zones. This is why authorial restraint is so important. There’s nothing more frustrating to a teen reader than feeling like he or she is under the thumb of yet another authority figure.

Every once in a while, someone holding tight to the canon comes along and writes an essay about how the popularity of young adult fiction among adults is proof of the deterioration of contemporary readers. Reading these essays makes me feel mad and defensive. Then I worry I’m getting mad and defensive because deep down I believe there’s an element of truth to this argument. Ultimately, I know it doesn’t matter. Like Eminem said: “I am whatever you say I am.” All we can do as writers for children and young adults is work hard at our craft and reach toward literature. And it’s not about killing our characters or standing out front with our name in neon lights. It’s about slowing the fuck down and serving the story.

— Matt de la Peña is the author of five young adult novels: Ball Don’t Lie, Mexican WhiteBoy, We Were Here, I Will Save You and  The Living. He’s also the author of the picture book A Nation’s Hope: The Story of Boxing Legend Joe Louis (illustrated by Kadir Nelson).

Add to Favorites Advertisement “There is nothing insignificant in the world. It all depends on the point of view.” – Johann Wolfgang von Goethe What … END_OF_DOCUMENT_TOKEN_TO_BE_REPLACED