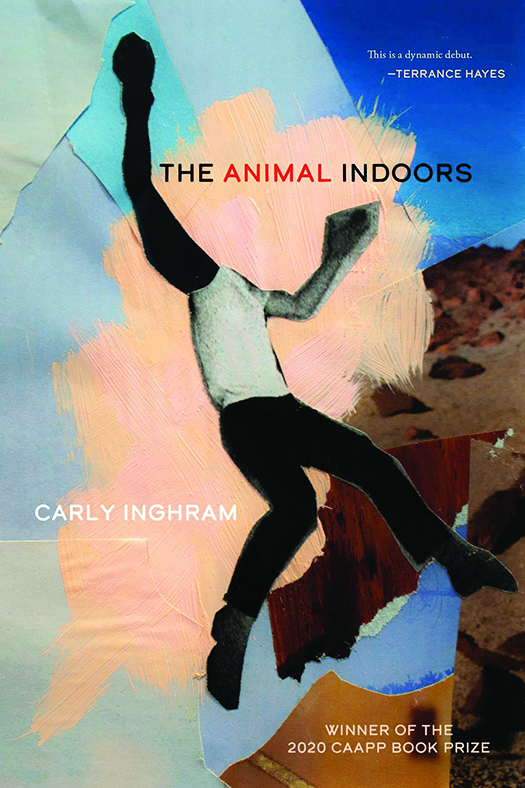 The Animal Indoors by Carly Inghram

Inghram’s second book of poetry won the CAAPP Book Prize, selected by National Book Award winner Terrance Hayes. “This book moves in a way that feels so fresh to me: I begin a poem, and I have sort of no idea where it’s going to end. And the logic of the poems feels so unpredictable. But there’s something really special in that unpredictability that it feels so contemporary. It feels like a young person moving to the world,” says Triplett. He also comments on the book’s capacity to upend what we may have come to expect from Black poetry: “There are moments that might make us think of capital-P politics. But she’ll really swerve the direction of a poem in a way that just it doesn’t feel like it’s feeding a political expectation. I think it just really complicates Blackness, the Black response to the world around us.”