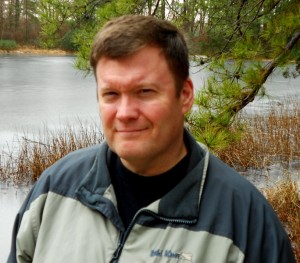 Her Piece of the Yard
by Paul Weidknecht
(Phillipsburg, N.J.)

On the morning her sundial bird bath in the backyard began yielding twenty dollar bills, Mandy thought luck had finally come to the Finleys. She lifted the seven wet bills from the bowl and shook them out, never questioning why there were no tens or fives and, strangely, never wishing for fifties or hundreds. Mandy felt that questioning something this good might fall under that gift-horse saying and cause their run of bad luck to stretch on indefinitely. Two hours after spending the money, she surveyed the inside of her car, realizing that if this bird bath kept doing its thing, the days of duct-taped seats, cracked windshields, and that 268,000 mile odometer would end much sooner than she had ever dreamed.

The following day, in the blue of dawn, she slipped from the house, gently easing the screen door back against the jamb. The door closed with a long creak and she glanced back at the bedroom window where she and Darrell slept. Seeing that the light didn’t go on, she made her way across the wet grass to the bird bath, this time taking from it eleven twenty-dollar bills.

The birds weren’t bringing the money; there were no golden robins, cardinals, or blue jays. Mandy figured that some kind-hearted, rich person had seen that the two of them needed a break, a financial jump start. Off the top of her head she couldn’t recall knowing any rich people, but, for sure, she would start being nice to strangers. From now on, banging shopping carts around the corner of a supermarket aisle would be an opportunity to smile and keep smiling; and a lingering stare from an unfamiliar face would be a chance to nod and say hello. But every time she was tempted to let her mind wander too much, to explore an explanation, she’d remind herself about jinxes and would quickly move onto another thought. She continued waking with the chill of daybreak and collecting twenties. Successive morning harvests yielded $260, $320, $440, and $540.

While she felt guilty for keeping the secret from Darrell, she thought this was best for now. Not long after, in a moment of weakness she phoned her sister, telling her of the good fortune. June soon hijacked the conversation by explaining that her son—Mandy’s nephew, she reminded—had an overbite that needed correcting. She further described how overbites could affect a kid’s admission to the college of his choice. Getting a date for the Junior Prom wouldn’t be the easiest either. Mandy didn’t have a problem helping June with Larry’s teeth, but she was saving for a gift for Darrell, a new windshield, or maybe even a newer car for herself and there was no telling when the bird bath would stop paying off and go back to being its normal self. She mumbled a half-hearted commitment of some money that she knew June heard as a dismissal. When Mandy hung up, she wondered if June wouldn’t try to come over to the house early one morning, unannounced, seeking to fund the whole orthodontist bill herself.

The sundial bird bath was a gift from her mother. Instead of going to Mandy’s wedding, she had mailed a yard ornament. At first, Mandy refused to set it out. She re-taped the box flaps, leaving the present in a corner of the garage, packing slip still sealed in its pouch. After five months, her feelings softened and she placed it in the center of the backyard. From the manufacturer’s claims in the instruction booklet, sundials were supposed to encourage relaxation and stimulate contemplation. Her mother probably hadn’t heard about these benefits; if she had, Mandy figured, she never would have sent it. Then again, maybe mother wanted her to contemplate her choice of husbands. Watching a shadow inch across a Roman numeral as birds rid themselves of dirt and parasites seemed as valid as any other backyard activity. Darrell had his workshop, and this was her piece of the yard.

While working the following Saturday on some wiring in the house, Darrell discovered one thousand dollars in twenties Mandy thought she had hidden well. She confessed the story of the bird bath. Halfway through the conversation he jumped up from the table, with Mandy barely catching him by the arm to explain that the money only appeared in the morning and that she had already gathered the day’s take. He asked if the thousand was all she had gotten. Absolutely, she answered. He stared for a moment with a grin she didn’t like, then asked why she hadn’t told him earlier.

“It was a surprise,” she answered. “I was saving for a special gift. For you.”

He mentioned that she didn’t need to guess about any special gift and that a new lathe to replace the ancient one in his workshop would do, and that while surprises were nice, they were better suited for birthday parties or the lottery telecast. He also mentioned that the tool box across the bed of his pickup had seen better days. Then he wanted to see the bird bath.

The two went into the backyard. Darrell looked at the aluminum bowl, then turned around to Mandy. He paused and did it again, this time leaving his neck craned dumbly forward like some oafish cartoon character who’d just gotten snookered, exaggerating the point as he now stared at his own watery reflection framed by splatters of purple and white bird droppings.

“Only in mornings,” she snapped, fixing her glare a second longer so he would look over and catch it. Mandy returned to the house without looking back.

The next morning she rose and walked to the bird bath. The day was raw and a bank of gray clouds rolled through, thick and low. She moved slower than normal, and something told her this was all right, that she needn’t hurry, that it wouldn’t matter anyway. She kept her eyes toward the grass until reaching the bowl.

The bird bath was empty. No money. Even the water was gone. A crimped feather rested in the bowl and a small oblong leaf hung pasted to the upright sundial blade. Compressed earth surrounded the base, the soil tamped down by different shoe prints, each overlapping the other. If she studied the ground long enough, she was certain she’d see the impression of Darrell’s work boots or June’s sneakers.

If she looked harder she thought maybe she’d see the round high heel marks of her mother, the one who never had anything good to say about Darrell; or maybe the slipper-like prints of Dr. Lishman’s shoe covers, the same pale green ones he wore coming from surgery, when he explained that the brain injuries from the accident were too severe and that she and Darrell would need to talk about the next step. Mandy drew her foot back and fourth across the dirt, brushing it away before she recognized too much more.

Mandy walked back. A breeze blew up from behind, whisking last autumn’s stray leaves across the lawn and past her, tumbling them end over end. The wind pushed against the house and circled, creating a miniature cyclone of leaves at the back door. Moments later the gust cut out, dropping everything in place at her feet.

Mandy looked down at the one dollar bill. Picking it up, she turned the bill over in her hand several times. It seemed so unremarkable to her now. Darrell would be up soon and she’d leave the dollar on the kitchen table. Maybe he could use it to buy a donut or an egg sandwich on the way to work, she thought. He’d like that.

Paul Weidknecht’s work has appeared or is forthcoming in Rosebud, Shenandoah, The Los Angeles Review, Pisgah Review, Poetry Salzburg Review, and Outdoor Life, among others. He has been awarded a scholarship to The Norman Mailer Writers Colony and is a member of Bethlehem Writers Group, LLC, whose anthology of stories is forthcoming this summer. He is currently seeking representation for his recently completed collection of stories, Fly in a Cube of Amber. More information on his work is available at www.paulweidknecht.com.

“I wanted to write a story about the concept of good fortune and luck, exploring the topic as both reality and fantasy, crossing back and forth between the two. I tried to have the main character’s emotions anchor the realistic side, while employing symbolism in objects like the bird bath, footprints, and miniature cyclone to suggest the fantastic. And, yes, like everyone else I’ve found money. The most being a New Zealand $50 dollar bill I found there on the shores of Lake Wakatipu—and spent quickly.”