The call, when it comes, is one of the most powerful moments for a writer. You’ve been chosen. You’ve won. You’re going to be published, awarded, honored, known. I can imagine how Boston-based writer and educator Jennifer De 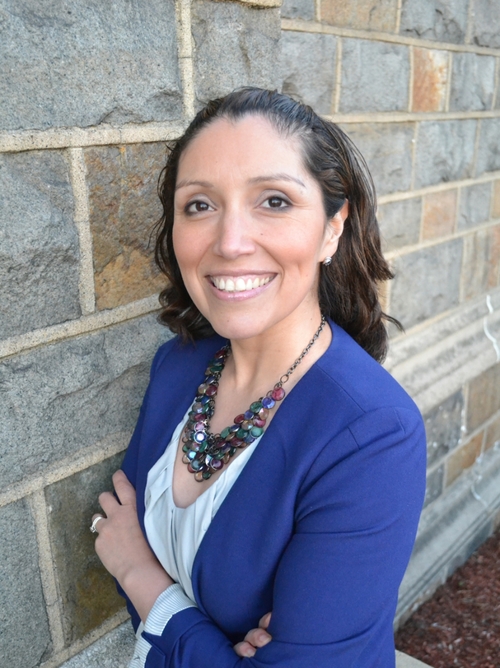 Leon felt when the Boston Book Festival “called” to say her short story “Home Movie” was chosen as the city-wide “read” for the annual One City One Story public forum on Oct. 24 in downtown Boston. (In a Boston Globe story, De Leon talks about her response to the pile up of good news: receiving the BBF honor and being named Children’s Writer-in-Residence at the Boston Public Library.) De Leon has a long list of publications including her work editing Wise Latinas: Writers on Higher Education. But there’s a particular thrill to having your city and its people acknowledge your work.

“Home Movie” is about Linda and Eduardo, a Guatemalan American couple coping with the demands of family life and the longing for connections to each other. It’s a compelling, meticulous, humorous portrait of a marriage. But also a portrait of the strains on marriage. Its closest relative in short fiction is Kate Chopin’s “The Story of an Hour,” but it also reminded me of Dostoyevsky, Ibsen and Katherine Anne Porter.

The glory of being a BBF 1C1S writer is having 30,000 printed copies of your story widely distributed free of charge throughout the Boston area. It’s available online (in English and Spanish), and we will be handing out copies at the event, where I will moderate a town hall-style discussion with readers in the general public and conduct an onstage conversation and Q&A with De Leon. It’s all very fun (and free), and I hope you will join us (for 1C1S and the entire BBF). As one of the founding partners of this project, I can tell you that writers are often caught off guard when they hear a large group dissect their story in real time. It’s a thing of beauty to observe and participate in.

Eager to start the deep dive into the craft behind the story, I delivered a handful of questions to De Leon. Our exchange follows.

You choose a very simple, but grave, first line: “It was winter.” How did you come up with that line?
In some ways, the whole story grew from that seed. Everything about winter – the snow, the cold, the sharp and cutting air, the desolation and desperation – is precisely the atmosphere I wanted to create in the story right out of the gate. I also like reading stories where I know the basics right away – winter, night, okay, got it. Maybe a part of me thought I’d go back and massage that first line, but I didn’t. Something about its truth, stuck.

One of the central images in the first half of the story is a hamburger sizzling on the stove. It’s a funny question, but what work did you want that hamburger to do?
What a great question! I grew up surrounded by sounds and smells of home – televisions on full volume, my mother talking in Spanish, the phone ringing, the smell of black beans boiling on the stove, and yes, hamburgers sizzling. Something about that image really captured the kitchen in this home – its warmth as well as the imminent choices. As a metaphor, I suppose, it is representative of how much one can take – in this case, Eduardo – before breaking.

Your story is rich with details. How do you know in a short story what to keep and what to pare away?
I once heard about a great revision exercise. Imagine you are writing a story and every word is a rock you carry in your backpack as you hike up a mountain. In other words, try to capture what you want on the page in as few words as possible so as not to load the reader with extra ‘rocks.’ I like this idea. I also like sensory details and images, and while I don’t keep a checklist or anything like that, I am aware that there is a real person reading the story and this person probably would appreciate some sounds and smells and tastes mentioned so as to make the story all the more three-dimensional.

There’s a tension in the story between “home” as Guatemala and as the U.S. – a tension many (if not all) immigrant families face. You could have been preachy about this. But you’re not. How did you keep your voice strictly on the story, with an eye toward capturing a specific version of the American experience? How did that experience shape your building of the characters Linda and Eduardo?
Your allegiance is to the story, always. And to your characters. These are people to me, real people, even if in fiction. I tried to have all of the details and choices come from them, from their histories and environments and their faults and desires. Of course, this took much trial and error. One of the challenges of writing a “political” story is avoiding that temptation to grab the microphone from any given character and share the author’s political views. It doesn’t work. This is where strong readers come in; they help to point out those spots in early drafts.

I think it also helps to remember, again, that these are two specific people. Eduardo and Linda. Not, all Guatemalan immigrants, or not all Latinos in the United States.

Back to Linda and Eduardo: They are doing quite a dance throughout this story. We get a third-person window into each of them through narration, interiority, action. How do you layer a short story this way? What part is muse, and what part is craft?
I began writing this story from Eduardo’s point of view only. I wrote a few drafts and put it away for several months. Something about the story felt claustrophobic and like a dead-end. Either he would leave for Guatemala that evening or he wouldn’t. Then my now husband, Adam Stumacher, also a writer, suggested I play around with point of view. The second I let Linda take the stage, and I mean the moment she cleared her throat and grabbed that microphone, the story completely changed. It opened up. It sizzled. Sort of like the hamburger.