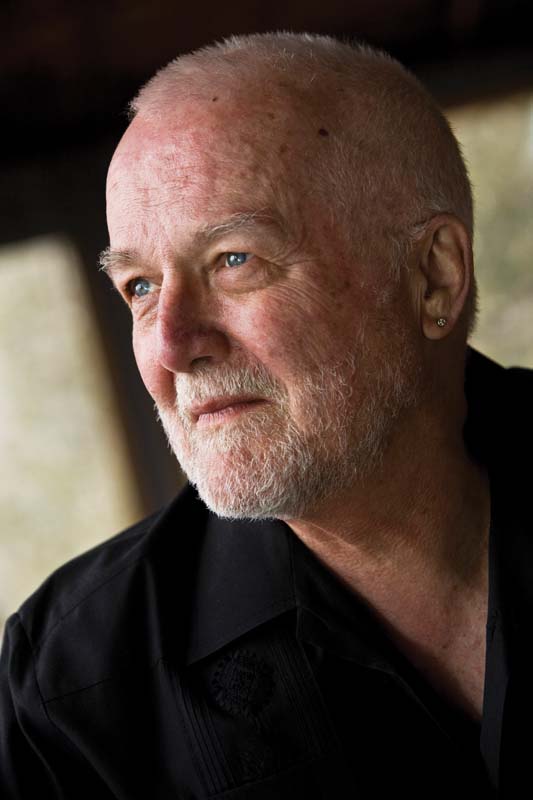 Russell Banks is the author of 13 novels and four short-story collections. Two of his novels, Affliction and The Sweet Hereafter, were made into movies. His work tends to stark realism, drawn from his own working class background, with hope in the midst of desolation. His range is wide, covering private as well as social ills, the latter especially in his most current novel, Lost Memory of Skin. Banks is a two-time Pulitzer Prize nominee. He’s a member of the International Parliament of Writers and the American Academy of Arts and Letters.

1. Besides talent, what are a few qualities that all serious writers should have?

A writer’s got to have a passionate and almost sensual affection for language, and by the same token, a passionate, almost sensual affection for reading. The two are inseparable – and absolute bedrock for any writer. And then after that, a refusal to be discouraged, a kind of stubborn willfulness that would allow him or her to go on and on year after year without any encouragement or help, because so much of what writers, especially young writers, have to endure is exactly that. So if you put those three things together, you’ve got a pretty good start on a writing life.

2. How do you create characters?  Can you walk us through an actual creation of character?

Sometimes characters arrive fully clothed and ready to go and have a voice and a history and a life attached to them. Other times, they come in mysteriously without much announcement, without much information, and you have to uncover it over time. They may appear in a sentence, a voice, and from there you can just sort of reach out and find the rest of the character. It’s sort of like talking to a character on the telephone. You know, you start to try to imagine what the character looks like, where the character comes from, what part of the country, and gradually as more information comes forward, you begin to fill in the blanks.

3. What can writers do to choose the best point of view for their novel?

So much of that for me is intuitive and not conscious, deliberate, rational thinking. And so you say, Oh, it feels right; I guess I’ll go with it. You try different ones until you get to that point where you can say that. It might take you four or five shots; you might be lucky and get it the first shot. I’ve had it both ways. I can look at it afterwards and say, I know why I chose that first person from a minor character point of view because the major character is in a sense too hot, too turbulent, or too inarticulate for me to tell it through his or her point of view. I have to go through someone else’s point of view. And a minor character distances it enough, but at the moment when I’m beginning a novel, I really have to function on a wholly intuitive level.

4. How can writers develop a strong sense of plot?

I think there are a couple of basic principles. The first is your character has to want something that he or she cannot easily get. That’ll kick start any plot. Then, the second is conflict – something that is resisting that character’s attempts to get what he or she wants. And then third, a complication, and that’ll provide the energy and the force to drive it forward in time. For instance, a character wants a divorce, and his wife doesn’t want to give him a divorce. OK, we know what he wants, and we’ve got a force arrayed against him and then it gets complicated; it turns out that she’s actually having a love affair. So then you’ve got a plot.

5. What drafting strategy, revision and fine-tuning steps do you take that other writers might find useful?

I like to write the entire novel or short story out in a rush in longhand very fast, as fast as I can go, so I don’t censor myself, and I don’t catch myself out and start to judge what I’m writing. And then I type it in to the computer. As I type, I start to revise and work from there forward. When I was younger, I used to have to do a great deal more revising than I do now because I would go down cul-de-sacs and dead ends, and I wouldn’t know it till I got there. Now I can kind of anticipate what’s going to be a dead end and what’s going to be a cul-de-sac. I don’t have to write 100 pages to find that out. I can see it coming after about five or six pages. I fine-tune right up to the moment of publication and keep on combing through and combing through and combing through, and then finally giving up in frustration and starting something else.

6. What are the markers that indicate to you that a novel is complete?

It’s very difficult to know when it is done. It’s almost musical information. It comes to me in tone, and when all the options and obstacles have in some way disappeared from the story and the tone of the prose starts to lower, and it cools, at that point I realize I am getting very close to the end. Just as in a symphony or in a work of music, and it is a musical understanding that comes to me at that point. It isn’t about the story. It isn’t about the characters, really. It’s almost about the language that’s starting to tell me I’m near the end.

Jack Smith is the author of Write and Revise for Publication and Hog to Hog, winner of the George Garrett Fiction Prize.