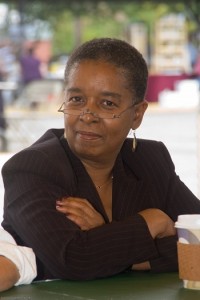 Beverly Jenkins’ novels are so richly evocative of the times and places of the past, you might forget just exactly which century you’re in while you’re reading. In her serial novels, you may find yourself saying to characters: “Hey folks, it’s good to see you again.” Jenkins deals in the world of facts but never sacrifices narrative or characterization along the way. Her African American historical romance novels – more than 30 of them – have firmly established her as a leading practitioner of the genre. Among her considerable awards: In 1999, Jenkins was named one of the Top Fifty Favorite African American Writers of the 20th Century by the African American Literature Book Club. Her newest book For Your Love: A Blessings Novel is part of her faith-based series and was published earlier this year.

▶DIALOGUE This will probably sound strange to those who are not writers, but my stories play in my head like a movie, and I can hear the pitch, rhythm and flow of the characters’ voices as they speak.

▶RESEARCH Immerse yourself in the period – paying close attention to speech patterns, vocabulary and current events. Read everything you can on your subject. (You won’t use everything you find, but you can always plug what’s left over into another project.) I rely heavily on letters, diary excerpts and the work of scholars such as Quarles, Sterling and McPherson to get the history right. Another great resource: The Writer’s Guide to Everyday Life in the 1800s by Marc McCutcheon.

▶SETTINGS I travel to historic places around the country to visually survey settings that I may be considering. I also use my local library and the Internet to research flora, fauna, average temperature, topography, the state bird or whatever else may be needed to give the setting a true feel. I’ve written a six-book series set in a small town on the plains of Kansas but have never been there.

▶SUSPENSE I know the suspense is working when I can’t wait to see what’s going to happen next. There are two kinds of writers – plotters who outline every detail from beginning to end, and pantsers who write by the seat of their pants. I’m the latter. I have a general idea of where the plot and characters are headed but not the fine details. Being a pantser allows my characters the freedom to take me along for the ride and sometimes lead me to places and situations that are so jaw-dropping my fingers are flying over the keyboard in an effort to keep up. This freedom works particularly well for me when writing suspense. 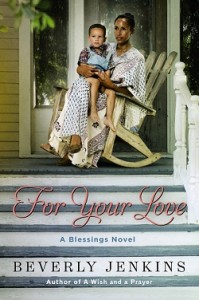 ▶NARRATIVE I love history, but I have to remember that I’m writing a novel and not a history book. To integrate facts, I will often use my characters as the vehicle. In my western novel Topaz, Deputy Marshal Dixon Wildhorse is a Black Seminole lawman in Indian Territory. Through him and his interactions, readers learn not only the history of the Black Seminoles and the fight against the U.S. before removal, but also information on Indian Territory and how it came to be, the Five Civilized Tribes, the Light Horse Police, Hanging Judge Parker and other interesting historical tidbits without making their eyes glaze over. I view my work as edutainment – a combination of entertainment and education.

▶REVISION I revise as I go. It’s a slower process, but the manuscript is tight by the time I send it to my editor. I then rely on her great advice and insight to polish the final draft.

Alicia Anstead is editor-in-chief of The Writer. She teaches journalism at Harvard University Extension School and is the editor and cofounder of the Harvard Arts Blog.