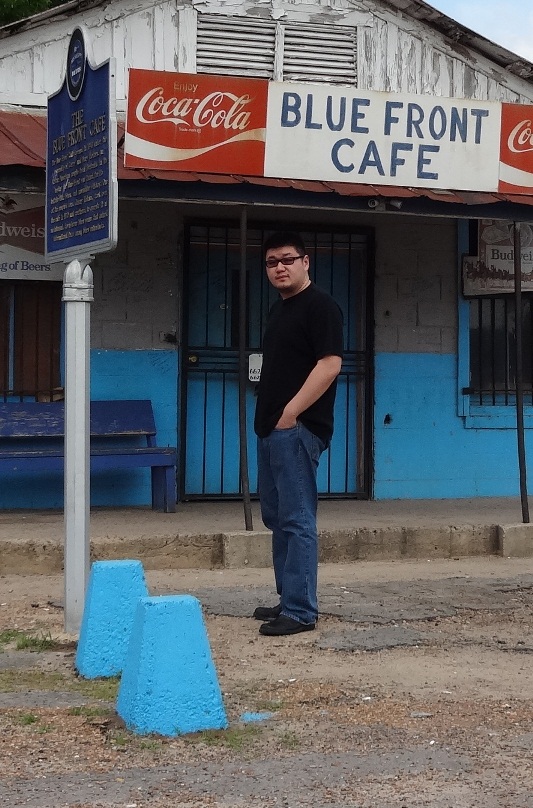 When I open a book to the first chapter, I like to be plopped right down into the world of the story. I want to immediately have a feel for the author’s voice and the characters’ circumstances, and by the end of that first chapter, I’m going to decide whether I’ll dedicate my time to finishing the book. So the author better put all he or she has into those introductory pages.

The first chapter of Bill Cheng’s debut novel Southern Cross the Dog opens with a scene of childhood play, but the rural Mississippi woods in which the scene takes place feel creepy and menacing. A heavy rain is falling, setting up the main event of the first chapter: the Great Mississippi Flood of 1927. Robert, the main character, also makes his appearance in Chapter One.

Cheng, a graduate of the MFA program at Hunter College, found inspiration for Southern Cross the Dog in blues music that he listened to throughout his teens and early 20s growing up in Queens. “I felt like I wanted to write a big book,” Cheng told me. “I don’t necessarily mean long but large, as in expansive.” We chatted about writing first chapters and how the rhythm and themes in the first chapter continue throughout the novel.

What do you think of as the main goal of the first chapter?

Well, I can’t say that when I first wrote that first chapter, I had a main goal in mind. I had the larger arc of the first section, and I knew who the character was, I knew what his circumstances were and I knew that this horrible thing was going to happen, the flood and all. And I also knew that I wanted to signify something in terms of how his family views punishment and the things that happen in their lives, and I thought it would be good to set that up first with a quieter, more personal childhood scene – something very intimate – and have that as a contrast to what would end up being the rest of the book.

It’s basically chronological. There are exceptions, like the prologue came well after some of the rest of the book. I think I figured out the ending of the book about two-thirds of my way in, but for the most part, it’s written chronologically.

How was writing the first chapter different from writing those that came after?

The first chapter was the first thing I’d written for the book. I was lucky in that I had a very clear idea of what I wanted the chapter to look like. It was as if the first chapter had simply existed in my mind and I just needed to elaborate it onto the page, whereas some of the later chapters were invented on the page. Those chapters are also constrained by the chapters that came before it so they would exist organically together. So the writing was easier, faster.

What do you think is the most important part of the first chapter?

I think the first chapter establishes the central conceits of the book: family and loss, and a belief system that rationalizes the misfortunes of the world. 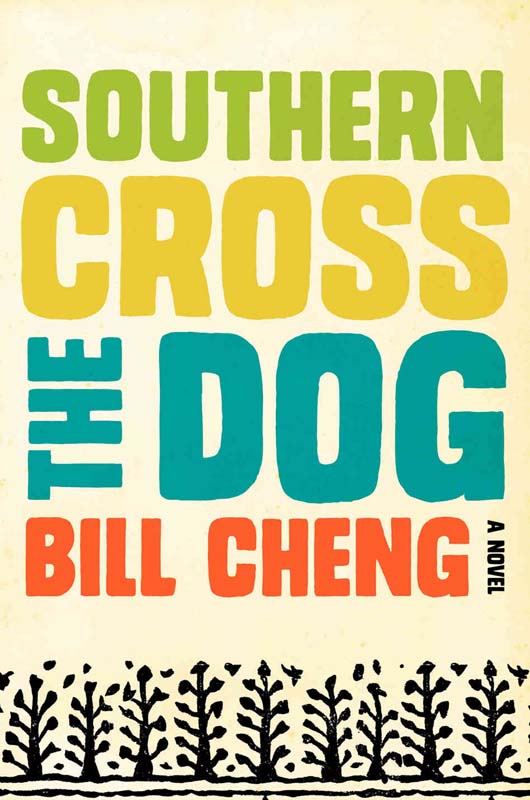 What kind of research did you have to do to achieve the dialect and the word usage that your characters use?

The dialect and the word usage are based on influence. There’s no book of mannerisms that I checked out from the library or anything like that. This comes from years of listening to blues music and then listening to audio recordings, movie transcripts and reading the work of Alan Lomax who really investigated that area a lot in the ’50s and ’60s. There wasn’t a moment where I said, OK, I need to learn how Southern black people speak so I need to consult these sources. It was more something that came with looking into the area and also looking into blues music and blues culture.

Why did you choose to not use quotation marks in your dialogue?

I guess it wasn’t actually a choice. I had figured out fairly early on that when I’m writing and then writing in dialogue, the dialogue becomes different when I put it in quotes. It loses a certain internal rhythm that the rest of the surrounding prose has. So leaving the quotation marks out helped me maintain that rhythm and helped me feel attuned to the rhythm of the surrounding text. When it came time to decide whether or not to put the quotation marks back in, I wanted to let it out there and see if anyone said, OK, you have to put quotation marks back in. And no one said anything.

What is your personal connection to music and how do you think it comes through in your writing?

When I was younger, a late teenager/early adult, I spent a lot of my time listening to blues music, something I stuck with for a long time. Part of it is that it speaks to me in a way that not a lot of music does and that not a lot of art forms really do. When I thought about my first book, I wanted to write something that was in tribute to that culture. In terms of how it comes out in the book, I think it would be wrong to say that the musical rhythms in the book are a blues rhythm; I don’t think that’s true. I think it’s more in the content, more in the folklore and the mythical events.

What is it about blues that first attracted you to it?

It’s hard to say. It’s really hard to say. And the best I’ve come to describing it is a less perspective look at where I was and what the blues is and what it does. Blues is a music that’s about joy and suffering. A lot of music is about joy and suffering, but blues makes all grief and all feelings of happiness not a personal thing but something that is legitimized in a larger concept. So you’re entering all the grief and all the unhappiness that you feel from the tragedies of life into the larger tapestry of world grieving, of world suffering. And it legitimizes that. Bad things happen in the world, and we will eventually feel bad about some of the things that happen, but we don’t have to be alone in that feeling bad.

What do you say to people who question your ability to write from the perspective of a Southern black man in that time period?

What do I say to them? I’ve gotten into the habit of being flippant about it. I usually say that I feel bad for them. If people think that fiction is limited to being able to speak only from your own experiences, that’s a very small role for fiction. You can speak from a writer’s point of view or from a reader’s point of view, but however you slice it, it’s a smaller world if you subscribe to that belief. As a writer, trying to write stories, I can’t believe that’s true. I would not be able to get up and work if I believed that was true. Now as a consumer of books, everyone is free to make purchasing and reading decisions based on whatever the hell they please, but I think in the larger world, conveying something through fiction, conveying something through a medium that is based on exaggerations of the truth, of even straight-out lies in the hopes of attaining something better, in hopes of glimpsing the future, then you would almost necessarily have to write outside of your own experience.

A book takes several years, if you’re lucky, and I figure that my book is a fossilized record of who I was in those years. It helps that I wrote the book chronologically too, so if I look at chapter one I can see me being 24 or 25, and I can see my evolution throughout. Every book is in some way about the author even if it’s not about the author. That’s my breathless rant about experiencing fiction.

Megan Kaplon is an editorial assistant at Madavor Media. She is a graduate of the writing, literature and publishing program at Emerson College in Boston.

Here’s the first page of Southern Cross the Dog.

How did Cheng do? Would you keep reading?

The rain kept on like a dust and it was the oldest boy G.D. who said it wasn’t nothing, crossing through the woods behind Old Man Crookhand’s. The wind swooped through, chattering branches, and blew the grit against their faces. They put up their hands and trudged on, G.D. ahead of the others, cutting his switch into the bushes. Whack, whack. Come on, you babies, he said, and he whipped again, the vines and leaves opening around his blows.

They followed close, the boys wolfing on, whispering their jokes, trying to make the girls laugh and shiver. One at a time, they crushed across the underbrush, skimming spider vines and breaking off bits of sweetbark from the trunks to chew and spit.

The trail began to climb and G.D. bounded up the hill in wide strides. At the top, he stopped and waited for the others. He could see Crookhand Grove, a cleft of cleared land that dipped below the path. At the center was the Bone Tree. It had been dead for years, its leaves rotting in a carpet around the trunk.

One by one, the others crowded around him. They gazed out into the grove and fell quiet. There’d been stories about dead Injuns and their ghosts living inside the hollows. The wind came through and the naked branches clattered. The gang looked at one another, then up at G.D.

He spit a wad down into the grove.