Become a member and get exclusive access to articles, contests and more!
Start Your Free Trial
SIGN UP NOW for earlybird rates to The Writer's one-day conference on Sept. 17 in Boston
Advertisement

This article originally appeared in the October 2011 issue of The Writer. 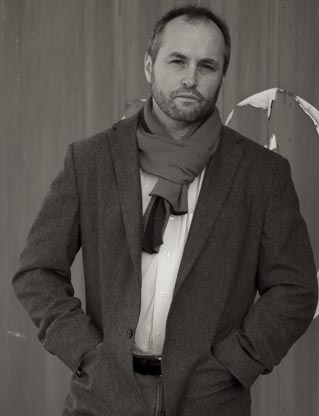 In June 2011, novelist Colum McCann won one of the highest cash-value literary literary awards in the world, the International IMPAC Dublin Literary Award, earning him a cool €100,000 (about $140,000) in recognition of his novel Let the Great World Spin. The novel also netted him the 2009 National Book Award and has become a bestseller on four continents.

He had previously published seven books of fiction, each of which was well received and sold quite well, especially in Europe, and each of which, generally speaking, was more successful than the last.

But it has been his most recent, Let the Great World Spin, that has brought McCann a new level of accolades, critical recognition and book sales. It also has generated interest in academic circles – a number of school districts and writing programs have put it on their class syllabi – and in Hollywood the film rights have been optioned by J.J. Abrams, an executive producer of the television series Lost and Alias and director of the movies Mission Impossible III and Super 8.

The IMPAC and the National Book Award are just the latest in a long line of prizes McCann has picked up over the years. These include a Pushcart Prize, the Rooney Prize for Irish Literature, the Irish Novel of the Year Award, and the Ireland Fund of Monaco Princess Grace Memorial Literary Award. He was also named Esquire’s “Best and Brightest” young novelist of 2003. In 2005 a short film based on his short stories “Everything in This Country Must,” about a Northern Irish family whose horse is rescued from a river by British troops, was nominated for an Oscar in the Best Live Action Short category.

McCann lives, writes and teaches in New York City. Geographically, it is a long way from his childhood in Dublin, but the move is perhaps not too unexpected. Both are famously literary cities, and there were clues in McCann’s childhood that hinted at the fiction-writing career that was to come. McCann’s father, for example, was a literary editor for the (now-defunct) Dublin Evening Press, so their family home was “filled with books,” McCann has said, and the walls of his father’s office at the newspaper headquarters were covered with “more books than wallpaper.”

After publishing a few collections of short fiction, McCann has settled into writing novels that are characterized by their subtle use of poetic language and evocative detail. His 2004 novel, Dancer, for example, opens with the following lines, characteristic of McCann’s language, about the Soviet Army in 1941:

Four winters. They built roads through drifts with horses, pitching them forward into the snow until the horses died, and then they ate the horsemeat with great sadness. The medics went into the snow-fields with vials of morphine taped beneath their armpits so the morphine wouldn’t freeze…

McCann is also known for his use of multiple points of view. Dancer, for example, which follows the life of a world-class ballet dancer loosely based on Rudolf Nureyev, is told from points of view as diverse as the Soviet Army, the protagonist’s first dance teacher, and a Venezuelan street hustler, as well as the protagonist himself.

Let the Great World Spin, set in New York City in the 1970s, also has multiple POV characters, including an Irish monk, a 38-year-old grandmother who works as a prostitute alongside her teenage daughter, an upper-middle-class couple who live on Park Avenue, and, briefly, nameless individuals who happen to be looking at the World Trade Center as Philip Petit makes his famous tightrope walk from the roof of one tower to the other.

McCann recently abandoned work on a new novel he had begun, the follow-up to Let the Great World Spin, and is currently working on another novel, which, true to form, explores a murder from 13 different points of view.

Another hallmark of McCann’s fiction is his meticulous research, both in the library and in the field. For his novel Zoli, for example, he went to live with Romany gypsies in Slovakia. For Let the Great World Spin, he rode in NYPD patrol cars around the Bronx. For his novel This Side of Brightness, he hung out underground with “sandhogs,” the construction workers who dig the various tunnels under New York City.

In addition to being a writer, McCann teaches fiction students every semester in the creative-writing MFA program at Hunter College, in New York City, where he has built a reputation for bringing his writer friends, such as Don DeLillo, to class, and for his mixture of encouragement and practical writing advice. One simple thing he urges all of his students to do, for example, is to read their work aloud during editing process, to ensure that the language flows, and to screen for a variety of miscellaneous errors, including typos, factual errors, run-on sentences, and words you stumble over or replace with other words while reading aloud (which probably means they’re the wrong words).

As our interview revealed, McCann views himself as an instinctive writer. “I know what a great character is when I hear one, but I don’t know how to make one,” he says. “It’s all about feeling and intuition.”

What are you working on right now?
I’m deep in the tar of a new novel. It’s called Thirteen Ways of Looking and it draws on the famous Wallace Stevens poem for its structure.

Do you have a process that you follow when you write your novels, or is each one different?
Oh, they’re all immensely different. I don’t have any formula. Each time I come to a novel, I’m quite sure I’m an absolute novice again. I wonder how in the world I have done this before. How did I do it? How did I get away with it? How come nobody knew that there was so much smoke and mirrors? I feel like a complete and utter fraud.

Each project starts out as a set of adventures, of terrors. You strike out into new territory. But there’s something wildly adventurous about that, too. It’s about the process of being brave and being able to fail and fall and still fight.

Several of your novels are told through multiple characters’ points of view. What do you like about this method of storytelling? What advantages does it offer you as a writer?
In fact, I’m taking this to the extreme with Thirteen Ways. Much of it is the way we live our lives now. The kaleidoscopic narrative of the Internet, for instance. The hyper-click of our days. I like the idea of seeing things in multiple ways. I am very fond of John Berger’s now-famous quote: “Never again will a single story be told as if it were the only one.”

But it’s also an opportunity not to get bored with your characters. To throw open a new door and go in a wildly different direction than was previously suggested. There’s a restlessness in it, I suppose. But I like that. That’s the way I want to live, and so it’s the way I want to read.

How many hours a week do you usually spend writing?
How many hours are there in a week? I mean, I would squeeze every waking hour in if I possibly could. But there is also a life to lead – travel, family, the odd jaunt down to the pub. I don’t live my life as a writer. It’s what I do, but not necessarily what I am.

For instance, I don’t meet someone and say, “Oh, I should put her or him in my book.” I don’t look at the world and wonder how I can crib from it. Rather, I want to experience it. I want to be thrown around inside it. My writing days are at my desk: That’s when I sit on my ass and dream. But I am reliant on experience. I like the world. I enjoy getting out into it. I wouldn’t write the same way if I couldn’t get out and about.

You have a young family. Do you have any advice on how to find time to write, alongside raising children?
I don’t go for the “the baby carriage is the enemy of our art” line. Bull—-. That’s just laziness and in an inability to deal with the world and its complexities. I love my kids so much more than I love my books. It’s an easy choice for me. That doesn’t mean that I’m not conflicted at times and hammered for time. Sometimes I just have to lock the door.

You recently abandoned over a hundred pages of a novel that you’d started, to work instead on something completely new. Could you talk about why you did that and how it felt?
It’s a fresh wound. Sorry. And actually it was 200 pages. Some of it I might rescue some day. Enough said! Ouch. That hurts even thinking about it.

How do you know when it’s time to cut your losses and move on to another writing project?
You write what you want to read. It’s as simple, and as complicated, as that.

Which aspects of creative writing do you think it is possible to teach? And which aspects are unteachable?
I teach the craft of desire, the craft of stamina, the craft of perseverance. Give me fire and fight any day. As for “craft,” as we seem to know it, I have no clue, man, no clue at all. I wouldn’t know the word “plot” if it came and kicked me in the [crotch]. I know what a great character is when I hear one, but I don’t know how to make one. I invite one to come along and sometimes he or she does. It’s all about feeling and intuition. And learning how to fail. Taking onboard some humility and, at the same time, trying to reach for the stars. Ad astra per aspera [Latin for “through hardships to the stars”]. The Yeatsian notion of the excellence of difficulty.

For you, what is the hardest thing about writing?
When it isn’t going well, I have to look my family in the eye and not be a mopey bastard. That’s hard. I don’t always succeed.

Considering how hard it is to succeed as a writer, why do you think so many people still want to become writers?
Because when it’s good, there is nothing like it, nothing on earth…being yourself and somebody else at the same time is the grandest achievement one can get. Writing is the elemental, democratic art: like music, or love. We all want to be there when the tap is turned.

If you could travel back in time to when you were first starting out as a young writer, what advice would you give yourself?
Don’t try to live as a writer. Get out and continue to do things that don’t compute. Dance even though they tell you not to. Create when they tell you to murder. Rage on, thy holy fool.

What advice would you offer to other aspiring writers?
Read, read, read. You get your voice from the voices of others.

*For the chance to have your writing read by Colum McCann, enter our “Two Roads Diverge” short story contest. Click here for more details.