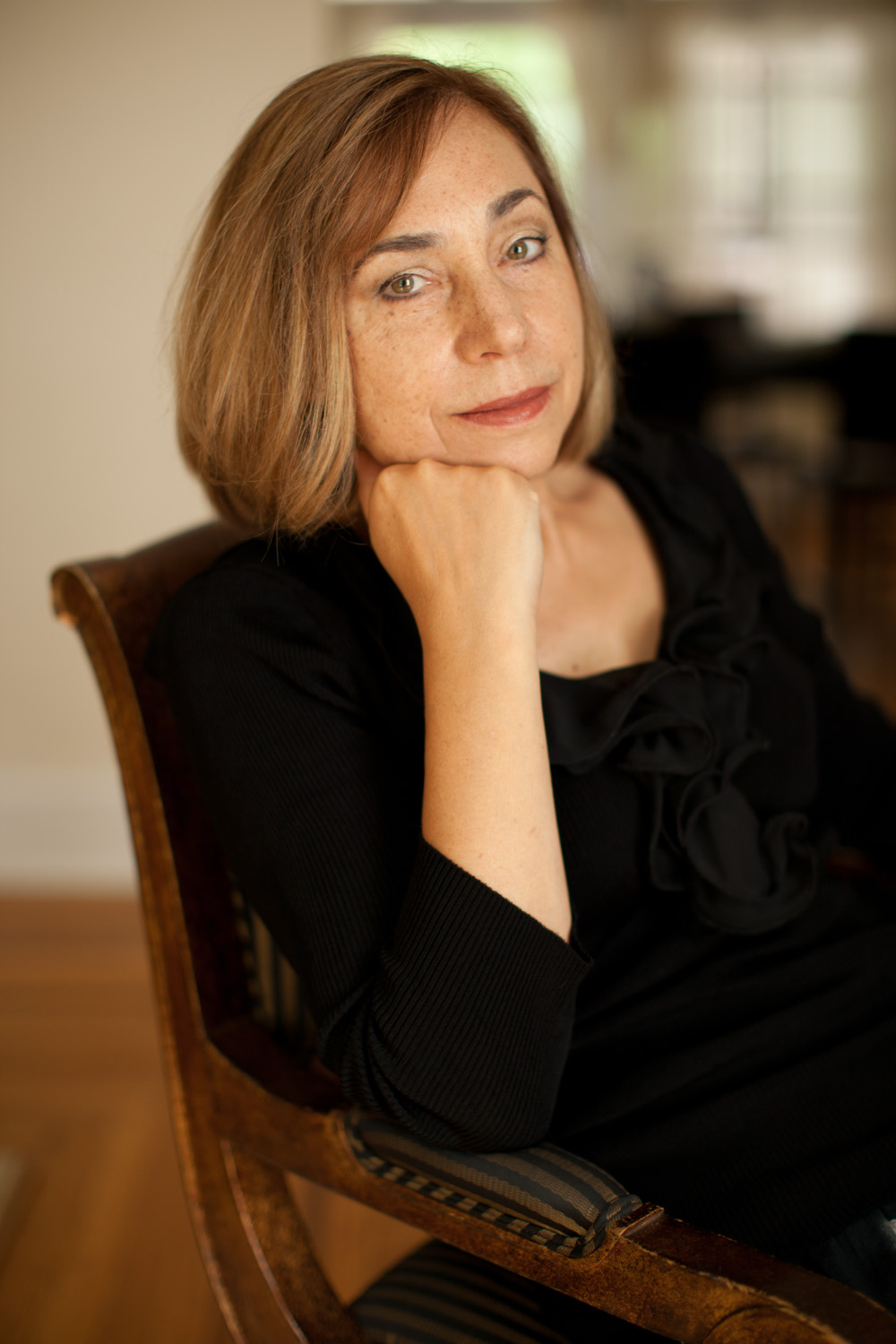 Along with memoirists like Frank McCourt (Angela’s Ashes) and Ishmael Beah (A Long Way Gone: Memoirs of a Boy Soldier), author Elena Gorokhova recounts the immigrant experience — in her case, leaving the Soviet Union in 1980. In her 2010 book, A Mountain of Crumbs, Gorokhova tells of coming to the U.S. at age 24 with only one suitcase. Reviewers have noted that her memoir not only portrays life under communism during the Cold War but is also a coming of age story and an exploration of a difficult mother-daughter relationship.

After reading her debut book, which chronicled her childhood and early 20s in Soviet Russia, a number of readers asked to know more, and Gorokhova obliged with a second memoir, Russian Tattoo, a continuation of her life as an émigré since moving to the U.S.

Gorokhova took two memoir workshops with McCourt, in 2004 and 2005, and credits the wisdom he imparted as playing a part in her success. Last January, her second book was published in paperback as she was finishing a book tour for the hardcopy.

Here she discusses memoir, craft, and the value of workshops.

What did you take away from McCourt’s workshops?

After the first workshop with McCourt, I changed the voice in the rough draft I had written. Earlier, I had submitted the draft to an editor at a well-known publisher who had said it was “monochromatic,” and in my mind that meant boring. McCourt had a great sense of humor, and I chose a somewhat lighter approach that actually made my writing deeper. I added irony, and it assumed some color. After the second workshop, I polished it further.

How did you decide what to focus on?

McCourt advised us to figure out the hot spots in your story. What are the moments or events after which your life was no longer the same? If you write enough of these and put them in chronological order, this is your memoir.

You mention reading the Russian classics in your first memoir. Were they your greatest literary influence?

It must be true because I was raised on them. When I was growing up, schools in Soviet Russia were very strict and followed a national curriculum. We started reading [Alexander] Pushkin in fifth grade, then [Ivan] Turgenev, followed by Crime and Punishment by [Fyodor] Dostoevsky in ninth grade. Following him, we read [Leo] Tolstoy’s stories and novellas, and then some of [Anton] Chekhov’s works. In a sense, we paid [by] having to take obligatory scientific Communist classes and those on the history of the Communist Party, but on the other end, we got this incredible education in literature and linguistics and the Russian language. We had to memorize some Russian poetry and prose works, and when we finished secondary school, we could quote from them. Their rhythm was sort of ingrained in us.

Did you consciously consider the advice to “show, don’t tell” when you were writing?

I knew what that meant, but I was working in the dark with the first book. I learned a lot of things about craft after I wrote the book. After it was published, I went back and looked at what I wrote and figured I was just lucky to have been able to paint a picture. I stuck to what I knew and described a scene as I remembered it, not really knowing that’s what needed to be done. Perhaps it worked because it was memoir and I didn’t have to make anything up. Maybe it was intuitive.

How did you begin?

I just started writing; I had no outline. I was writing about hot spots before McCourt mentioned them. I began with scenes that I came back to in my mind over and over again. The first was the death of my father, which I had written about in a 1996 story published in the Virginia Quarterly Review that incorporated elements from my life. I had to explore my feelings more deeply for the memoir. I was 10 years old when he died, and my reaction was very visceral. Everything jelled after that first workshop.

Did anyone provide background?

My mother provided stories from her past that were great background. She wrote the story of her life, which included our relatives and was illuminating for me. She was an anatomy professor and she provided more details about helping the injured at the front during World War II. My older sister, a Russian actress from my mother’s previous marriage, also filled me in on events. I was grateful to both of them.

How did you feel about revealing difficult times with your daughter?

That was a very sensitive area. The memoir wouldn’t be complete without that part, but it’s a conundrum in writing a memoir. I didn’t know how to deal with her teenage rebellion and her tattoos and how to write about it. It helped that my husband, her father, is a therapist. I showed him the scenes, and he made me feel better. He said that part is from my point of view and not meant to hurt her. In a way, he gave me permission to release my discomfort. You’re the only one who knows what might hurt someone and what won’t. On the other hand, you’re telling your story.

How did you approach the use of dialogue?

Dialogue grounds the reader in the character. We need to know how the character speaks, what is important to them. Dialogue makes scenes come alive and places you “in the moment.” You often have to make it up, though. I don’t remember conversations from years ago, but I know what the person would say. I know how to make it ring true.

Was writing a memoir cathartic?

It was cathartic and therapeutic and all those words. For example, I never knew my father, and I wanted to know him. He was such a romantic image to me, but of course, he wasn’t really, he was a Soviet party functionary and I elevated him after he was gone. I never addressed figuring out what I wanted from him. I remember weeping more than once when I wrote that chapter.
I think I dealt with his death, and I’m fine with it. It no longer haunts me.

How many people did you have critique your drafts?

My husband read them several times. I asked my friend in Russia, who is Nina in the book, to read them, and my writing group read several chapters. I had five [to] seven people read the first memoir and three people read the second.

Do you enjoy writing or editing more?

I love polishing what I’ve written. The hardest thing for me is sitting in front of a blank screen and writing the first draft. It’s easier for me to correct what I’ve written than to write from scratch. I have to write a lot of drafts. I don’t even count them.

What advice would you give to someone considering a memoir?

A famous quote from Chekhov that sounds better in Russian goes something like, “If you are able not to write, don’t write.” If you can live without it, don’t do it, because it’s painful and humiliating and an awful lot of work, especially memoir. I had to write because I could not live without it. That’s what any potential writer should ask him or herself. Can I live without writing this? And if you can, then don’t do it.

Pat Olsen is a frequent contributor to the New York Times Sunday Business section. Her work has also appeared in Hemispheres, Diversity Woman, USA WEEKEND, and Family Business, among others.