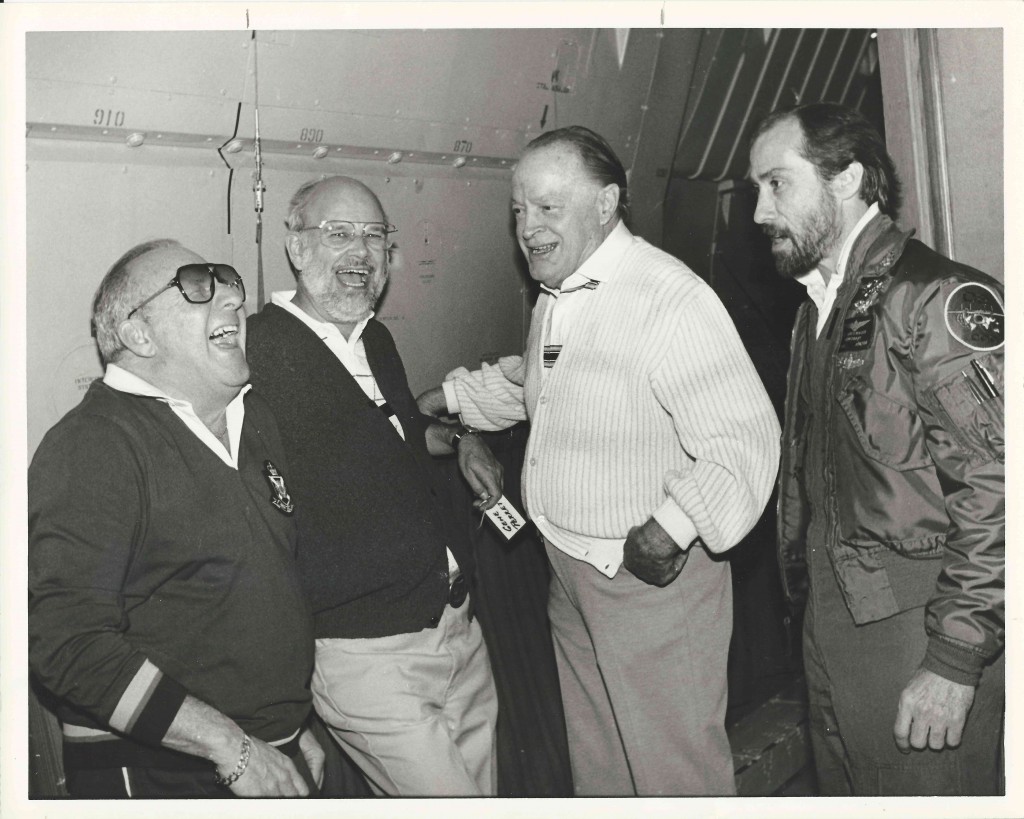 Gene Perret learned everything he knows about comedy by writing for Bob Hope, Phyllis Diller, Carol Burnett and many others. He started working in TV in 1968, and has credits on some of the best comedy shows of all time: Laugh-In, The Carol Burnett Show, All in the Family, Three’s Company and Welcome Back, Kotter. And he must be funny because he has three Emmys and one Writer’s Guild Award. He has also written more than 40 books, including The Ten Commandments of Comedy, in which he posits that humor isn’t magic. It’s skill and logic. We asked him to tell us more about the craft of comedy writing.

How do know what’s funny on the page?

You really don’t. Comedy writers depend on a sense of humor and experience to determine what’s funny. But basically we’re only guessing. Many times a joke that you love is rejected by the client or the rest of the writing staff. Writers must go with their instincts, but ultimately it’s the audience that determines what’s funny.

When you write something funny, what role does revision play?

Comedy writers are incurable rewriters. As soon as they hear a line, they begin to “improve” it. The feeling is that the joke should be as effective as possible, and all lines can be improved. The original may be the funniest version, but we always try to make it funnier. If we succeed, it is funnier; if we don’t, it’s still a pretty good line.

How do you create vivid images?

When people hear a joke, they often picture it in their minds. The more vivid the picture, the more impact the joke can have. As an example, Bob Hope used to kid about playing golf with Jerry Ford who was well known for hitting people on the course. He said, “You don’t have to keep score when you play with Ford. You just look back along the fairway and count the wounded.”  Almost everyone that hears that joke can see people scattered along a golf fairway. If you can plant a picture within your joke, do it.

How did you learn to be funny?

Just as youngsters learn to play sports by watching their idols, comedians and writers learn to be funny by imitating their idols. Bob Hope admits that he copied the style of vaudevillian Frank Fay. Woody Allen has stated that he used the screen persona of Bob Hope in his films. Johnny Carson was reminiscent of Jack Benny and proud of it. I always enjoyed comedy, so I began being funny. It was practically unavoidable.

What were the elements of the funniest bit you wrote for The Carol Burnett Show?

One sketch that was tremendous fun to write was called “The Hollow Hero,” in which Carol Burnett played the queen of some imaginary country, and Tim Conway was being given an award for heroism. The basic idea was that Tim didn’t want the award – he insisted on a pony. It was fun to write and consequently, it was funny onscreen.

Who’s the funniest person you know, and why?

I would have to say Bob Hope. I admired his comedy as a youngster and was privileged to work with him as a writer. He worked hard at his craft and demanded near perfection from himself. He wanted laughs. He also demanded quality work, which brought out the best in those of us who worked for him.

What inspires your humor?

The love of laughter and the satisfaction one gets from hearing people laugh and applaud. I also enjoy the challenge of finding a way to turn ordinary incidents and statements into jokes.

Referencing your “ten commandments”: What is the greatest of these?

Surprise is the most important element of comedy. Basically, if there is no surprise, there is no humor.

Alicia Anstead is editor-in-chief of The Writer magazine.