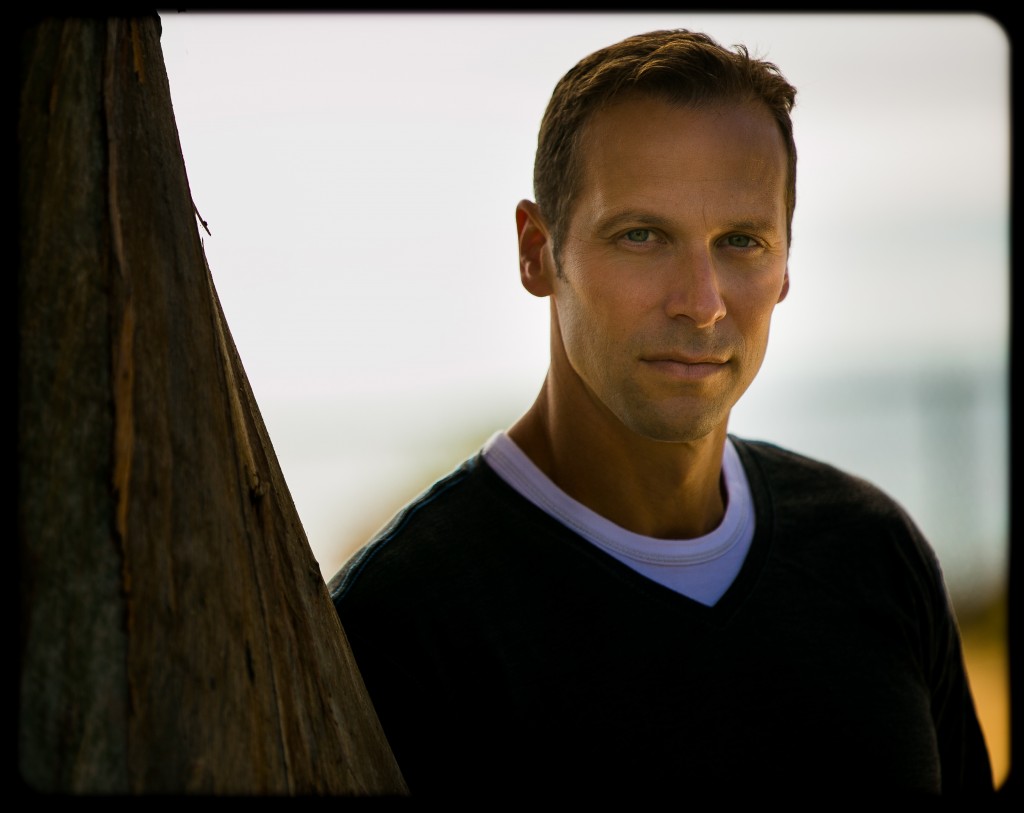 Gregg Hurwitz is the true definition of a renaissance author, working in almost every aspect of writing, from film and TV to novels and comics – or even academic articles about William Shakespeare. A New York Times best-selling author of 16 novels, Hurwitz started writing at a young age and hasn’t stopped since. He’s been nominated for numerous awards and has a noted habit of going the extra mile to get his story: Hurwitz has gone swimming with sharks and posed undercover as a cultist in the name of research.

Really, the question is: What hasn’t Gregg Hurwitz done?

When asked about Hurwitz, his publicist, Dana Kaye, says, “I’ve read nearly all of Gregg’s books, and one thing is consistent: He is committed to giving readers a real front-row seat to the action. He jumps out of airplanes, rides Harleys, blows up cars, and hikes through jungles so we don’t have to. And no matter the title, subject, or setting, he always creates a compelling character to tell the story.”

We spoke with Hurwitz about his long, successful, and incredibly versatile writing career.

What made you want to start writing? Why the thriller genre?

I don’t remember a time when I didn’t want to write. It is literally the only thing I ever wanted to do (OK, besides play second base for the Red Sox).

Growing up, I used to read Stephen King and Peter Benchley beneath the covers with a flashlight. And when my parents went out, I used to read under the bed, turning the pages with abject terror. I remember thinking: Someday I want to make readers feel this.

Tell us your publishing journey for your first novel.

I got quite lucky. I started The Tower when I was 19 and wrote most of a (very bad) rough draft in the summers around my senior year of college. I also interned with a producer in Hollywood – an unpaid internship where I worked the entire summer to earn one read from someone whose opinion mattered. I knew when I finished my book I’d need it.

I shipped off to England to do a master’s in Shakespearean tragedy (but really to drink pints, play soccer, and edit my book). When I was done, I mailed it off to claim my one read. Well, the producer liked it and forwarded it on to an entertainment lawyer who she’d worked with. He liked it and offered to fly me to New York to meet with agents. After a few brief detours, we took the book out and Simon & Schuster pre-empted it. I was delighted and immediately vowed to write a minimum of eight hours every day. Given that my dream finally came true, I wasn’t about to waste my window of opportunity. And I’ve honored that vow ever since.

How did you get involved writing in the world of comics? How does someone break into this field?

The editor-in-chief of Marvel had read some of my novels, which deal (rather extensively) with vigilante violence, and he reached out to me to see if I’d be interested in reinventing a character from the Marvel vaults. While my inner geek boy was doing cartwheels, I maintained a calm, professional demeanor and said: YES!

We worked together briefly, and then he offered me my favorite all-time character, the Punisher. What proceeded was an utterly surreal experience at my local comic shop, where I could no longer buy my favorite comic book because I was writing it. From there I went to DC and spent two blissful years writing Batman with some of the greatest artists in the world. It was an amazing run and a total &^%$^! blast.

How did you end up on the writing staff for the remake of the television series V?

I’d written some pilots for a producer who was currently on V, and I was at his house having a drink and he mentioned that they needed writers for the room, as the show was having some turbulence. He knew that I was busy, but I happened to be between manuscripts and screenplays, and I offered to go in for a meeting. I hit it off with the show runner (who remains a great friend) and wound up doing a ton of writing and learning an enormous amount about production. Episode 106 of season one was my first official produced credit.

How different is your writing process between novels, screenplays, and comics? What is the same?

I feel like they’re different muscles. It helps if you’re in good writing shape overall, certainly, but each exercise takes a particular focus. With books you can go inside a character’s mind – basically pull on their mask and see the world through their eyeholes. And you have a lot more room for exposition (though novelists shouldn’t wear out their welcome on this front) and more ways to get information into the story. Screenplays are much leaner – you have fewer pages and much less space on those pages. So you have to figure out how to convey information succinctly and visually. Comics are leaner yet – now you have to tell a story in four to six snapshots per page, so you better choose ‘em wisely.

The Book of Henry comes out this summer. How did you end up writing the screenplay and getting Colin Trevorrow as the director?

I wrote the rough draft 19 years ago. I’ve edited this screenplay more times than I can count, rewriting it as I grew more mature (I hope), as I became a parent, as I gained new insights into life. So I’ve really grown up with this screenplay, and I have to say, it taught me that there’s little worth doing that doesn’t require inspiration, dedication, and perspiration. Colin and I hit it off after his first movie (Safety Not Guaranteed) came out. I had him attached, and we were trying to figure out how to move forward with it when he got the call from Steven Spielberg to direct Jurassic World. I knew I would lose him to that, but he was very direct and honest and called to tell me himself. During the call, he said, “You never know, maybe Jurassic will be a big hit, and I can come back and we can get The Book of Henry greenlit.” And I thought, yeah, right. Two years later, there we were, standing in New York on the first day of production.

How did you get the gig for the upcoming HBO series Black Flags, based on the Pulitzer Prize-winning book?

I’d worked with Bradley Cooper and Todd Phillips adapting my novel Orphan X, and we really got along well. My agent called to tell me that there was a book in play about the rise of ISIS, and did I want to give it a read? I got the book at 8 p.m. the night before I was supposed to have the meeting. I thought there was no way I could get through it, but once I hit page 30, I couldn’t put the thing down. I went into the meeting the next day humming with excitement, and my take lined up with Bradley and Todd’s. They flew me to New York to meet Joby Warrick, the author, and to pitch Tim Van Patten, who directed the Game of Thrones pilot and a ton of Sopranos episodes. We all got along well, and some weeks later, back in LA, we brought it in to HBO. While we were negotiating our deal, it won the Pulitzer. Joby’s a world-class talent and human, so I was delighted for him. It’s a real honor to adapt it.

Who is Orphan X? Will we see Bradley Cooper playing him in the future?

[From Orphan X:] “He was in his mid-thirties and quite fit, though not so muscular that he stood out. Just an average guy, not too handsome.”

Right now, Bradley and Todd are attached to produce my screenplay adaptation. Final casting for features is always contingent on schedules, planets aligning, and other madness.

With your diversity both in what you write and the various mediums in which you dabble, what is the “Gregg Hurwitz brand?”

At the end of the day, everything comes down to compelling story. If I’ve made you unable to put down one of my books or comics, or unable to get up from your seat when you’re watching, I’ve done my job.

How does your master’s degree from Trinity College, Oxford, in Shakespearean tragedy help you craft your stories?

At the end of the day, Shakespeare wrote narrative-driven, highly structured, convention-bound tales of lust, intrigue, and murder. In other words, he wrote thrillers. Almost all of his stories existed in some form already, but he managed to inhabit these familiar worlds, write them from the inside out, and elevate them beyond what anyone had seen before.

What does it take for a writer to have access and success in the world of TV and film?

Ass-in-chair time. Day after day, week after week, month after month, year after year. You’d better not merely want to be a writer. You’d better love the writing.

What advice would you have for a writer pursuing the dream?

–Jeff Ayers co-hosts “Beyond the Cover” with John Raab for Suspense magazine, and is a freelance reviewer for the Associated Press, Library Journal, and Booklist. He is the author of several books, both fiction and nonfiction, including Voyages of Imagination: The Star Trek Fiction Companion and the thriller Long Overdue.