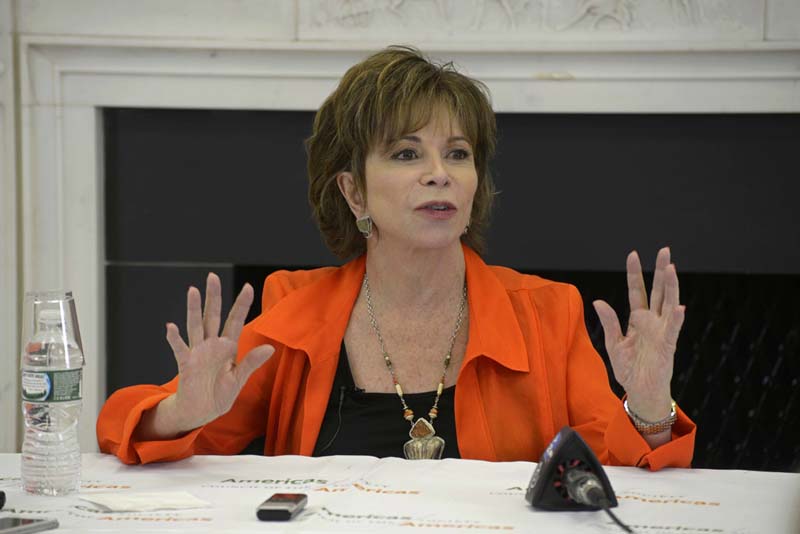 During the 1960s, Chilean novelist Isabel Allende was fired from a job translating romance novels into Spanish after it was discovered that she was altering the dialogue of the female characters to make them sound more intelligent. Allende quickly turned to creating intelligent female characters of her own and has gone on sell more than 56 million books, which have been translated into more than 30 languages and have won multiple awards in Chile and throughout the world. Allende is most famous for her literary novels – such as The House of the Spirits and Eva Luna – which often incorporate elements of magic realism and autobiography. Her prose style, illustrated in the following quote from The House of the Spirits, is both poetic and precise: “She had begun with dogs, cats and butterflies, but soon her imagination had taken over, and her needle had given birth to a whole paradise filled with impossible creatures that took shape beneath her father’s worried eyes.” Allende’s most recent book is the mystery novel Ripper.

Show up. Show up in front of the computer or the typewriter. And if I show up long enough – it happens.

When I started writing, I always had the feeling that the book was like a gift – that it would just fall in my lap like an apple, or something. So I almost had the feeling that it wasn’t going to happen again. That I had written The House of the Spirits, and that was it. Or I had written the second or third book, and that was it. But what I have learned in time, in 32 years of writing, is that it’s a lot of work, and if I just show up, and I work and work, there is a moment, a magical moment, at some point, when it gives. And then you don’t need the effort anymore. It’s like dancing. When you’re dancing and counting the steps, you’re not dancing. When your body just goes — then you’re dancing, and then there’s a rhythm, there’s a velocity, there’s a feeling, there’s a joy that you cannot describe. And it happens in spite of me. I think that’s the moment in writing when the book starts to happen. From that point on, it’s all joy. At the beginning, it’s work.

You can’t get to that moment without just showing up?

Showing up and being patient. I can hit my head against the wall, because it’s not happening. But just keep going. Keep going. And it happens.