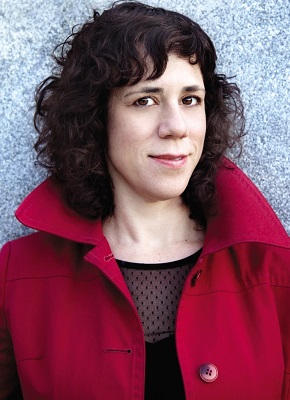 Reading Jami Attenberg’s fifth work of fiction, Saint Mazie, it’s easy to get lost in the world of Mazie Phillips-Gordon, a young Jewish woman living in New York City during the early decades of the 20th century. Presented as a diary – intimate, detailed and revealing – with reflective commentary composed many years later by those who knew her, the book brings to life its subject’s innermost thoughts, longings and worries, and charts her daily events both life-changing and mundane. Attenberg’s followup to The Middlesteins, Saint Mazie was based on the life of the real Mazie Phillips, “The Queen of the Bowery,” who ran a Skid Row movie theater from the 1920s to the 1940s and devoted her life to helping the homeless. Her story was first told by Joseph Mitchell in The New Yorker and later appeared in his seminal essay collection Up in the Old Hotel. “Mitchell did a great job of telling a person’s story but also creating certain mysteries about them, and Mazie seemed to have a lot of secrets,” says Attenberg. “So there were certain threads I picked up on – her secrecy about her love life, the source of her income, her relationship with the Catholic faith even though she was a Jew – which I wanted to explore in the novel. I hope that I captured her voice and her essence.”

Getting Started: The first thing I do is buy a bunch of books related to the topic, and start reading. The reading is as important as the writing, at least in the early stages. And related can mean connected to the form or the historical setting or the theme. I go ito my local independent bookstore and let booksellers recommend things to me, because they are often better read than I am. So for Saint Mazie, because there’s an oral history component, I read Studs Terkel’s Working. But I also bought books on the history of the era, and books on heartbreak and change. Then I handwrite for a while, every day, for maybe a month or so. I really just let my brain rattle it all out before I start putting it in the computer. It’s got to be low pressure at first.

Genre: Initially, Saint Mazie was supposed to be a fictional memoir, and I wrote about 80 pages of that, which is what I sold on proposal. But I took a few months off before revisiting it, and I realized during that time that it lacked a sense of immediacy. [The fictional memoir] was a woman writing in the 1960s about the 1920s, but there were too many layers of remove. So I decided to make it a diary, which allowed it to have a present-tense feel and, hopefully, a certain freshness.

Research: One of the most interesting books I read before I started writing Saint Mazie was Only Yesterday: An Informal History of the 1920s, which was actually written in the 1930s. So instead of reading a more current history book, which inevitably might contain a watered-down view of the past, I was reading something that was telling me about what was important in terms of recent history. And I watched a lot of YouTube videos and documentaries. There’s a lot out there, but at a certain point you just have to stop researching and let your imagination take over.

Language: I really didn’t want the book to sound so old-timey that the reader would get lost in the language. As I watched documentaries or read interviews from the era, I would often cherry-pick words I thought were the most interesting-sounding or at least sounded like something my characters would say. Up in the Old Hotel was a great source for dialogue. So many of those essays contain long speeches. I could pluck words here and there. But again, at a certain point, you just have to trust yourself and go with it.

Structure: Once I knew that Saint Mazie was going to be a diary with an oral history wrapped around it, I began to see how I could break it into parts. Mazie lived in significantly different parts of New York City in her life, and I decided that I would organize the book around her different homes. I also had a final sentence in my head from the beginning. (It ended up being the 13th to last sentence.) But I never really know until halfway through a book where it’s going, and it’s not until I finish the first draft that I realize what it’s actually about. You have to have a lot of faith in yourself when you’re writing a book. You just hope you’re headed in the right direction.

Jeff Tamarkin is associate editor of JazzTimes magazine. He lives in Hoboken, N.J., with his wife, novelist Caroline Leavitt.