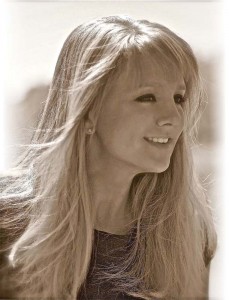 Chasing tornados, not fame, was Jenna Blum’s goal in spending five years with Tempest Tours, a storm-chase company in Minnesota. Already a New York Times and international bestselling author of Those Who Save Us (Harcourt, 2004), Blum conducted whirlwind research to produce her second novel, The Stormchasers (Dutton, 2010).

Something of a swirling vortex of energy herself, Blum is passionate about writing—and writers who want to write. Indefatigably persistent in pursuing her own dream of writing, Blum sold her first story at age 16. Her ability to craft memorable characters faced with moral dilemmas led to Blum being named one of Oprah Winfrey’s “Top 30 Favorite Women Writers.”

Traveling cross-country frequently to promote her books—Blum visited 800 book clubs in Massachusetts alone for Those Who Save Us—Blum also teaches master novel workshops at Boston’s Grub Street, one of the country’s largest creative-writing centers.

Why: Because I have to. Once possessed by a certain story, I have to get it out. My characters don’t give me any choice. Then I write 24/7.

Routine: I spend one to three years writing longhand in a journal. I build a rough  map of the book, like an architect, literally taping pages all over my walls.

When I’m stuck, I walk my black lab. As answers come to me, I jot them down on yellow stickies and add them to the wall.

Once I’m ready to begin, I block out the afternoons, often writing 13 to 16 pages if I’m in the zone.

Mornings I’ll spend drinking the strongest coffee available and doing correspondence. I have to empty my head before getting into my fiction.

Creating memorable characters: Often my students ask, “How do I get readers to like my characters?” I tell them, “That’s not your job.” Characters are flawed people, like the rest of us.

Writer’s block: What blocks me is trying to find the right answer for getting from one point deep in the story to another. I take lots of really long walks, then return to writing in my journal, posing questions. It’s frustrating because I don’t know everything about the book.

Storm chasing as a metaphor for writing: With storm chasing, you start out with a basic idea of what you want to see and where you’ll go to see it, usually ending up a few degrees off due to atmosphere and conditions.

The only difference? I know how my book is going to end before I begin. With chasing, you get there a different way than what you originally thought.

Writers she admires: I aspire to be like William Styron, writing about moral dilemmas. I admire many writers for different things, including two of my Grub Street students: Randy Susan Meyers (The Murderer’s Daughters), who’s working on multiple books; also, Nichole Bernier, who wrote her first novel, The Unfinished Work of Elizabeth D [due out from Crown/Random House this spring], while pregnant with her fifth child.

The value of book clubs: Book clubs have the power to keep a book alive. I wonder where some books would be without book clubs—and readers—passing books along. Those Who Save Us went viral because of book clubs.

Future goals: My goal is to keep writing good books. If I can write five good books in my life, then I feel I’ll have succeeded as a person.

Advice she received early on: “Give up. Do something else.” Not because my writing was bad, but people felt I was setting myself up for a lifetime of disappointment. Instead, I doubled up my efforts to prove them wrong.

Advice she gives: “Never give in.” To succeed as a writer, you need perseverance. Believe in your characters and their stories. If you do give in, maybe you weren’t meant to be a writer in the first place.